Sunday, January 29
You are at:Home»Business»KTC Group business moving towards stable growth
For the freshest news, join The Borneo Post's Telegram Channel and The Borneo Post on Newswav. 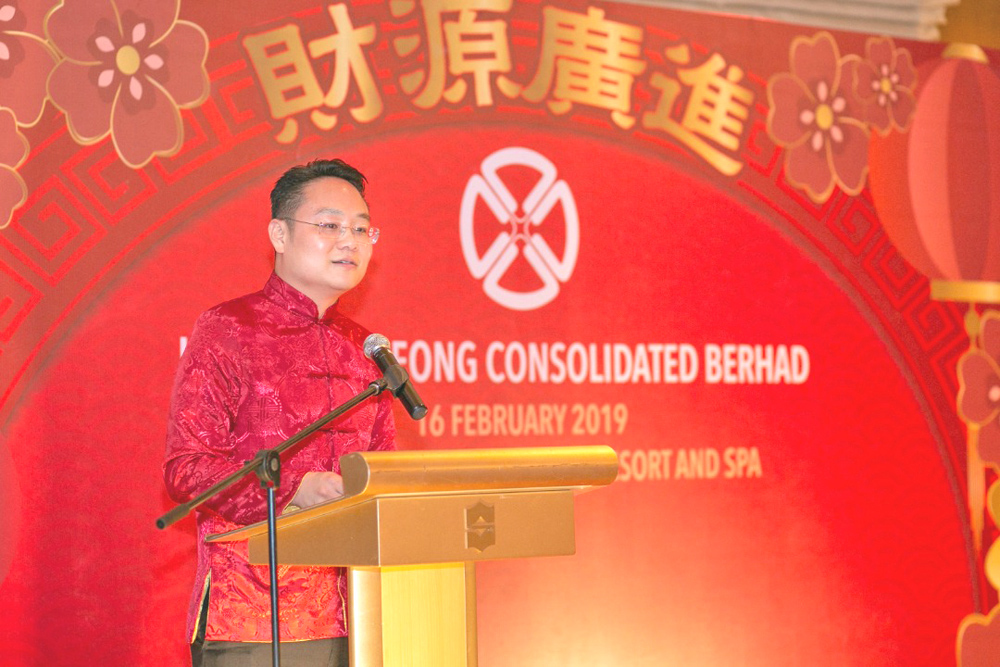 In particular, its business in Sarawak recorded a surge in its revenue by 129 per cent to RM54 million for the second quarter financial year 2019 (2QFY19) ended December 2018 from RM23.57 million recorded in 2QFY18.

KTC Group, which reported its financial results for 2QFY19 in late February, said its turnover jumped by 60 per cent to RM150 million while net profit more than tripled by 33.7 times to RM2.63 million due to higher contributions from its businesses in Sarawak.

The group’s earnings for 2QFY19 was also the highest recorded since the company’s listing on the ACE Market of Bursa Malaysia on November 2015.

After expanding aggressively over the past few years, building infrastructure and capacity across Sarawak and Brunei, the group is currently reaping the fruits of its labour from the distributorship agreements that it formed in the past few years.

In a recent interview shared exclusively with The Borneo Post, KTC Group’s executive director Dexter Lau shared that the group is focusing on maintaining the stability of its businesses and to ensure that its earnings is sustainable.

He commented, “We want to ensure that as a public company, we emphasize on sustainability of our results.

“We need to continually and consistently deliver positive results. This is what we aim to achieve over the medium to long term.

“As for this year, we are focusing on consolidating our business before we move to our next phase of growth.”

To recap, KTC Group has formed several partnerships with consumer products manufacturers to market their products in supermarkets and to fast-track its expansion across East Malaysia.

In January 2016, the group entered a Memorandum of Understanding (MoU) with Popular Trading (Borneo) Corporation Sdn Bhd, a Sibu-based wholesale trading and consumer goods distributor to expand its business to Sarawak.

Subsequently in March 2016, the group expanded its business to Brunei with the acquisition of an existing distributor in that country.

To further strengthen its position in Sarawak, in September 2016, KTC Group, through its wholly-owned subsidiary Kim Teck Cheong (Borneo) Sdn Bhd, was appointed Procter & Gamble (Malaysia) Sdn Bhd to distribute its products in Sarawak and Brunei.

It was estimated that those contracts could have contributed a monthly revenue of at least RM16 million to the group.

As a result, those contracts have enabled the group to stage a turnaround for its financial performance for the quarter ended December 2018.

On a quarterly basis, the group’s earnings improved by 25 per cent to RM2.6 million from RM2.1 million for the quarter ended September 2018.

Looking ahead, the group is aiming to sustain its organic growth by enhancing its turnover and at the same time, being more cost effective.

“We are going to check on our infrastructure, delivery, service level and distribution network.

As for this year, Lau believed that despite the challenging operating environment, the group’s business will be better as compared with the previous years.

“I believe that the business environment for 2019 will still be favourable for us.

“Let’s take things one step at a time. I am confident that the group is able to deliver improved earnings (as compared to last year),” he remarked.

On another note, Lau said the group is unfazed by the closure and the relocation of supermarkets in Kuching and has put in place good measures to counter the situation.

He explained that the movement of the supermarkets has little impact to its business.

Lau observed that there will always be demand for consumer goods and the question is about consumer buying more or less and the power of consumer spending by different social hierarchy, for instance the upper class and middle class.

He also stressed that the group has maintained a good relationship with its distributors, vendors and manufacturers and also appreciate their partnerships and business dealings over the years.

Similarly, Lau added the group also values the teamwork and dedication shown by its staff and co-workers who have been working hard to ensure that KTC Group’s business and its operations remain strong.

The group has also rationalised its resources to enable the company to deliver optimal performance and improve its financial results.

“We have rationalised our distributorships and product portfolios to strengthen our revenue and reduction in complexity within the company which will make the company stronger in execution.

“We have also rationalised our resources to produce maximum result with minimal investment.

“Additionally, we have refreshed our management to allow results and performance to be effectively delivered.

“We have refreshed our board of directors and key decision makers whom will lead the company to be adaptive,” Lau said.

On that note, KTC Group has appointed Wong Wen Miin, who was the deputy director-general of the Public-Private Partnership unit of the federal government in October 2018, Phang Sze Fui, an accountant with more than 20 years of experience in September 2018 and Datuk Mohd Ibrahim Mohd Nor as independent non-executive directors of the group.

The trio have brought commercial experience in running businesses and will aid the group in moving forward.

The new line-up of board members will give the group a fresh outlook following a ‘receivables saga’ which embroiled the group last year.

To recap, KTC Group was in the spotlight last year following the resignation of its audit and risk committee’s chairman over a disagreement of certain amount of trade receivables for the accounts for the financial year ended June 2018.

The group’s former audit and risk committee’s chairman had reckoned that the trade receivables figure which amounted to RM4.93 million should be written off while the board insisted that the amount was recoverable.

As the RM4.93 million of the trade receivables represented just one per cent of KTC Group’s revenue, it did not have a large impact on the financial performance of the group.

The group has collected about RM4.72 million and provided a write-off of RM180,000 for the trade receivables.

Lau shared that the group has, over the years, maintained a good working relationship with its vendors and manufacturers.

He revealed that the company who has been operating for more than eight decades was established by his grandfather, the late Datuk Lau Yeong Ching.

Lau noted his father Datuk Lau Kok Sing took over the business in the mid-1960s.

Through hard work, good business acumen and wisdom, Lau observed that his father gradually build up and sustain the business and even managed to secure several major distributorships of fast moving consumer goods.

Lau who is currently managing the day-to-day operation of the group believed that the company is on stronger footing following the strong 2QFY19 financial results.

“The significant improvements in various aspects of the company is a sign that we are on the right track, constantly improving and adapting wherever necessary.

“The investments we have made are bearing fruit and we expect the trend currently seen to carry on for the long term.

“Coupled with prudent cost management, we have managed to achieve our best quarterly results for 2QFY19 since our listing,” Lau noted.

Aside from that, he observed for 2QFY19, KTC Group had also reported a decrease in debts and improvement in equity which had resulted in a decrease of the gearing ratio from 2.34 times to 1.78 times, or 24 per cent.

An analyst report noted the market size of consumer packaged goods in East Malaysia is estimated to be approximately RM7 billion.

Hence, the research firm believed there are huge opportunities for KTC Group to strengthen its distribution points and grow its market share in the future.

On another note, KTC Group in a filing to Bursa Malaysia on February 20 said it has completed the acquisition of the remaining 20 per cent business of KTC (Sarawak) Sdn Bhd (KTC Sarawak).

Lau noted KTC Sarawak is profitable and the acquisition is expected to enhance its earnings for the group in the near future.

Likewise, Lau is hopeful that with the improved turnover and earnings for the group in 2QFY19, the group can look forward to reward its shareholders with its maiden dividend in the future. 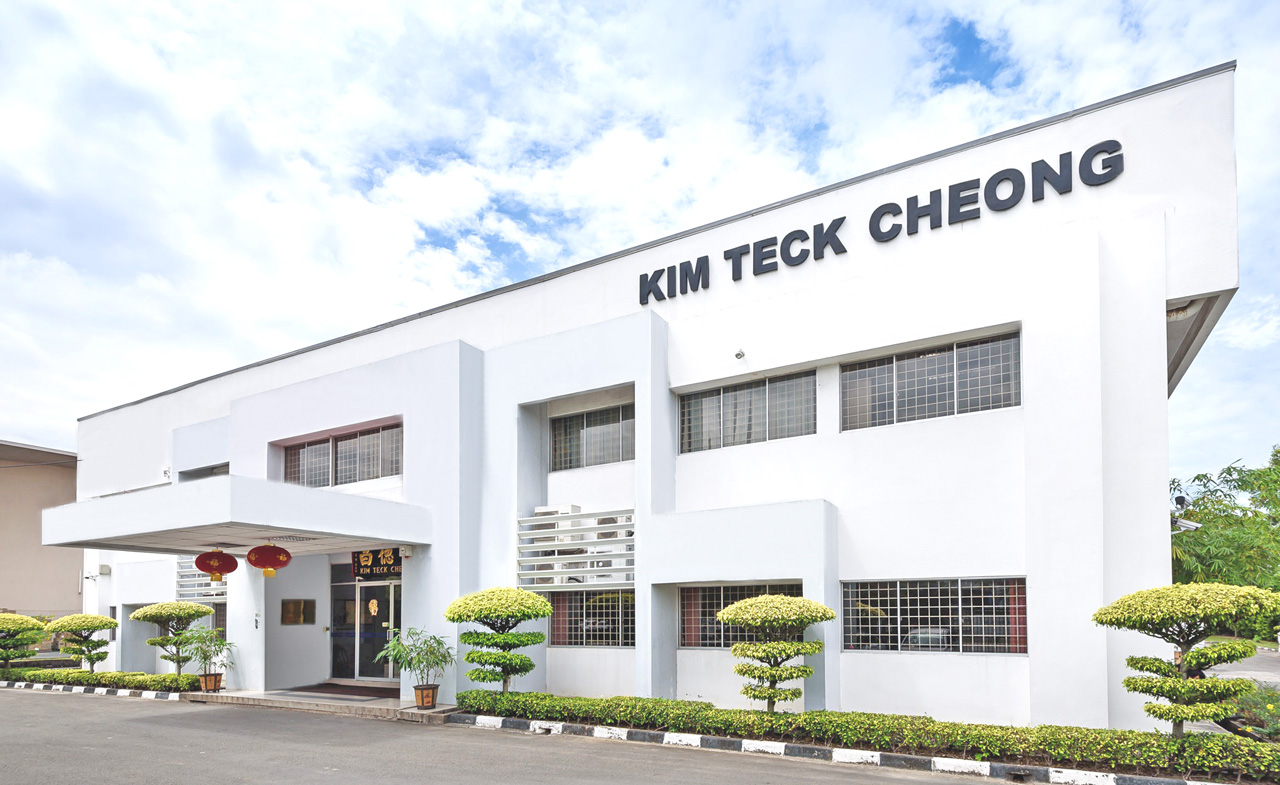 KTC’s business in Sarawak recorded a healthy rise in its revenue by 129 per cent to RM54 million for 2QFY19 from RM23.57 million recorded in 2QFY18.