Thursday, January 21
You are at:Home»News»Nation»Pay attention to people’s demands and aspirations – Agong 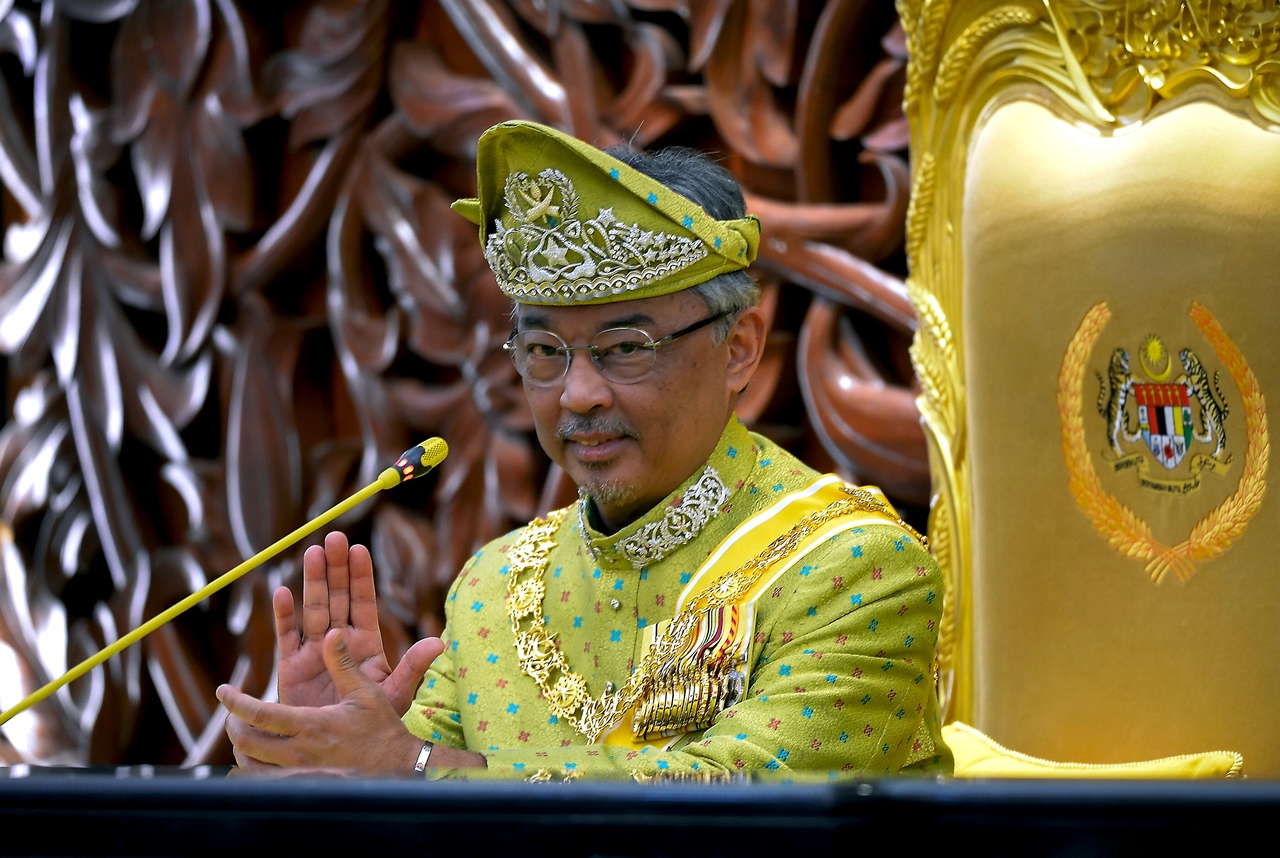 KUALA LUMPUR: Yang di-Pertuan Agong Al-Sultan Abdullah Ri’ayatuddin Al-Mustafa Billah Shah said national leaders must listen and take into account the demands of the people when drawing up policies and programmes for them.

The King said this was because the people now wanted a responsible government which listened to their opinions and aspirations.

“The people today not only wants development but also a government that is clean, transparent, responsible as well as upholding the sovereignty of the law to take the nation to greater height,”said Sultan Abdullah.

The Yang di-Pertuan Agong also wanted the war against corruption to continue because this scourge  burdened the people and destroyed the fundamentals of the nation.

On corruption, His Majesty said in the pursuit of progress, matters concerning integrity and noble values must continue to be emphasised.

“I wish to express my appreciation for the government’s efforts to introduce the National Anti-Corruption Plan and draw up the relevant laws to strengthen governance,”said Sultan Abdullah who hoped the efforts carried out could improve the country’s position in the Corruption Perception Index.

The Royal Address touched a lot on the interest of the people such as the cost of living, prosperity of the people in the urban and rural areas besides economic challenges, education, entrepreneurship, the position of Islam, the influence of the social media and so on.

Sultan Abdullah said the government realised that the rising cost of living was among the challenges in boosting national prosperity.

In this matter, His Majesty drew attention to the various initiatives implemented by the government to assist the people such as the formation of the National Action Council on the Cost of Living, targeted subsidy, Food Bank programme and the improvement in the quality of the government delivery system.

“The government will also strengthen strategic cooperation with the private sector and non-governmental organisations on issues concerning consumerism and enhance enforcement on those exploiting prices and making excessive profits,” said the Yang di-Pertuan Agong.

Sultan Abdullah said the people should have confidence on the various measures taken by the government although the effects might not be felt immediately.

“The people must also be realistic in placing any aspiration on the government and continue efforts to improve oneself to raise prosperity. My government will surely be with the people at all time to face the challenges,” His Majesty said.

Meanwhile, the Yang di-Pertuan Agong was grateful for the peace, prosperity and achievement of the nation as a whole as a result of the positive governance implemented.

His Majesty said Malaysia’s economic and financial position remained strong and competitive although faced with economic uncertainties including effects of the trade tension between the United States and China as well as the declining prices of primary commodities.

According to Sultan Abdullah, the national economy grew 4.7 per cent last year with total trade at RM1.9 trillion and external debt remained at manageable level.

“I urge everyone especially the private sector to work closely with the government to develop the national economy and subsequently bring Malaysia to become a country that is more respected at the international level,”said His Majesty.

Earlier in his speech, the King expressed his appreciation to Sultan Muhammad V throughout his reign as the 15th Yang di-Pertuan Agong.

Sultan Abdullah, who took his oath as the 16th Yang di-Pertuan Agong on Jan 31, pledged to continue the fair and just administration based on the principles of Constitutional Monarchy.

The King also called on all Members of Parliament and the people to join him in preserving national prosperity. – Bernama