Wednesday, December 8
You are at:Home»News»Court»Siti Aisyah given discharge not amounting to acquittal in Jong Nam’s murder case 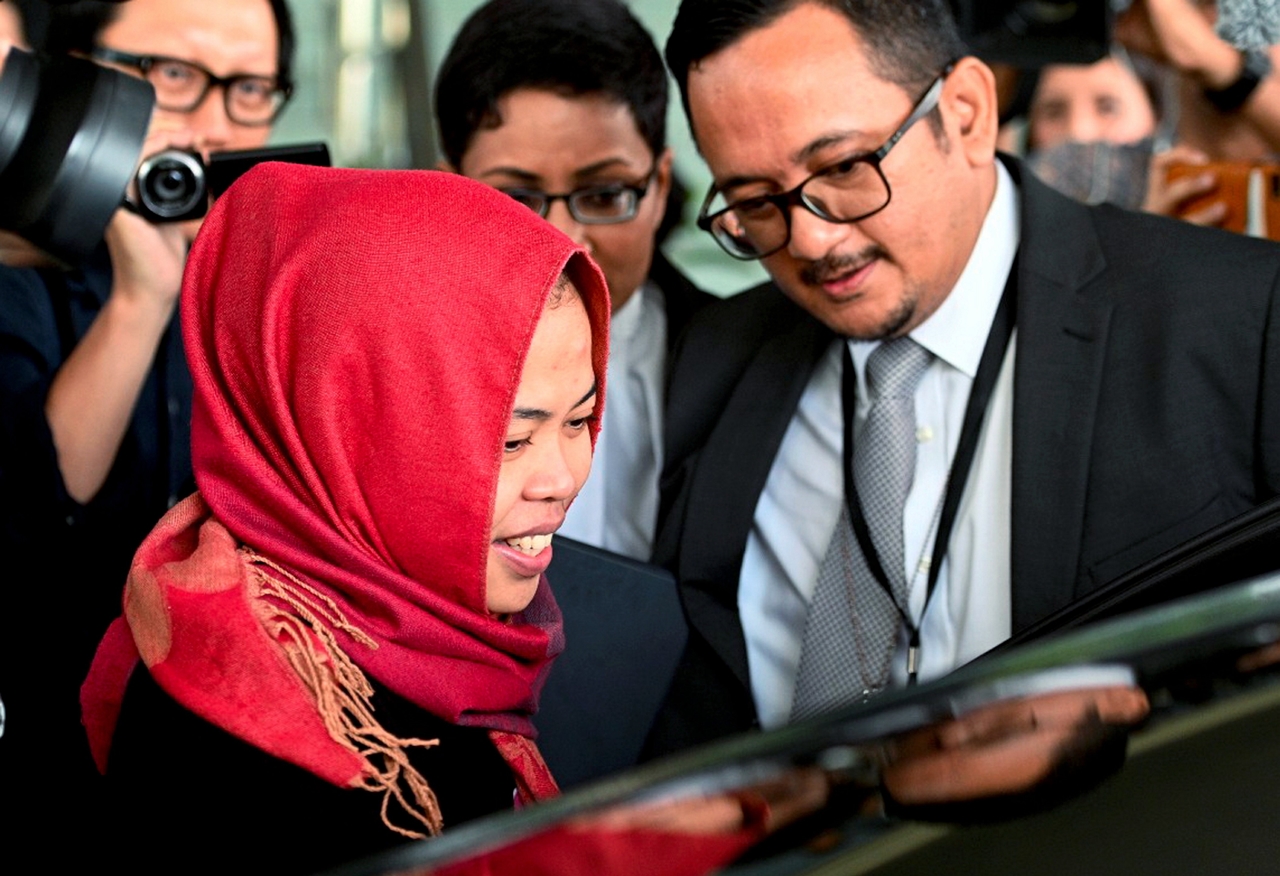 SHAH ALAM: The High Court today gave a discharge not amounting to an acquittal to Siti Aisyah who had been charged with the murder of Kim Chol or Kim Jong-nam, elder brother of North Korean leader Kim Jong-un.

Justice Datuk Azmi Ariffin made the decision after the prosecution, led by Deputy Public Prosecutor  Muhamad Iskandar Ahmad, withdrew the charge against Siti Aisyah, 26, an Indonesian national, in accordance with Section 254(1) of the Criminal Procedure Code (CPC).

“The prosecution desires to withdraw the charge against the accused. Thus, Siti Aisyah is given a discharge not amounting to an acquittal,” the judge said.

Earlier, Muhamad Iskandar told the court that the prosecution desires to withdraw the charge against Siti Aisyah under Section 254(1) of the CPC.

Gooi Soon Seng, counsel for Siti Aisyah, then applied to the court to acquit and discharge his client under Section 254(3) of the CPC.

Siti Aisyah, clad in a baju kurung and a shawl, was seen crying after hearing the decision.

On Aug 16, 2018, the court ordered Siti Aisyah and a Vietnamese female national, Doan Thi Huong, 29, to enter their defence on the charge of murdering Jong-nam, 45.

They were charged with four others still at large with the murder of Jong-nam at the departure hall of the KL International Airport 2 (klia2) at 9 am on Feb 13, 2017, under Section 302 of the Penal Code, which provides for the mandatory death sentence upon conviction.

Today was fixed for Doan to enter her defence on the charge. – Bernama