Wednesday, February 1
You are at:Home»Lite Stories»‘Blue holes’ in Silam waters discovered before by local diver
For the freshest news, join The Borneo Post's Telegram Channel and The Borneo Post on Newswav. 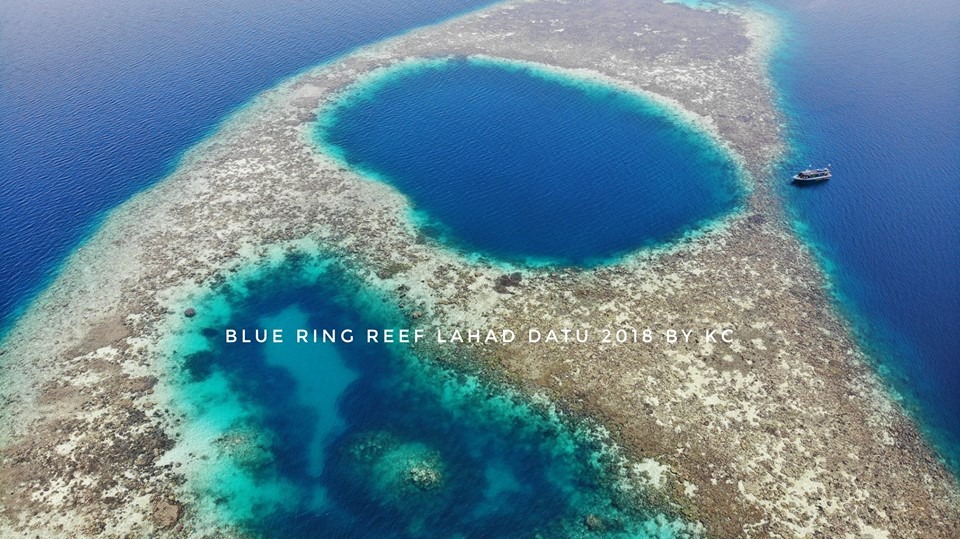 An aerial view of the Blue Rings Reef in Lahad Datu off Silam waters. Photo courtesy of Pirate Divers

LAHAD DATU: The so-called ‘blue holes’ that were allegedly discovered by researchers off Silam waters this year was actually discovered much earlier by a Lahad Datu-born diver back in 2017.

Lahad Datu Pirate Divers operator Glen Hapirulla made the discovery with his team some two years ago while exploring new dive sites in Silam waters.

The dive site was sketched, mapped and name ‘Blue Rings Reef’ by Glen and Pirate Divers back then, instead of the blue holes as reported.

It was reported that on Feb 14 this year, a team of researchers from the Sabah Parks (TTS) allegedly discovered the dive sites, as part of a scientific expedition to collect marine data at Darvel Bay, and described them as the only known ‘blue holes’ in Malaysia.

The report of the findings have raised much concern among local divers who are familiar with Pirate Divers’ constant work in exploring new dive sites and actively promoting Lahad Datu as a tourism destination.

Some local divers took to social media to vent their frustration, claiming that Glen and Pirate Divers were not given any recognition for their hard work.

But according to Glen, Sabah Parks (TTS) had invited him for the scientific expedition on that day but he was unable to participate due to other commitments.

Glen said the dive site cannot be name as such as it did not fulfill the criteria of a ‘blue hole’.

Blue holes are roughly circular, steep-walled depressions, and so named for the dramatic contrast between the dark blue, deep waters of their depths and the lighter blue of the shallows around them.

“But this dive site is not interconnected, but instead each is a different large hole,” said the local-born dive instructor, who has discovered more than 50 dive sites in Silam waters since 2009.