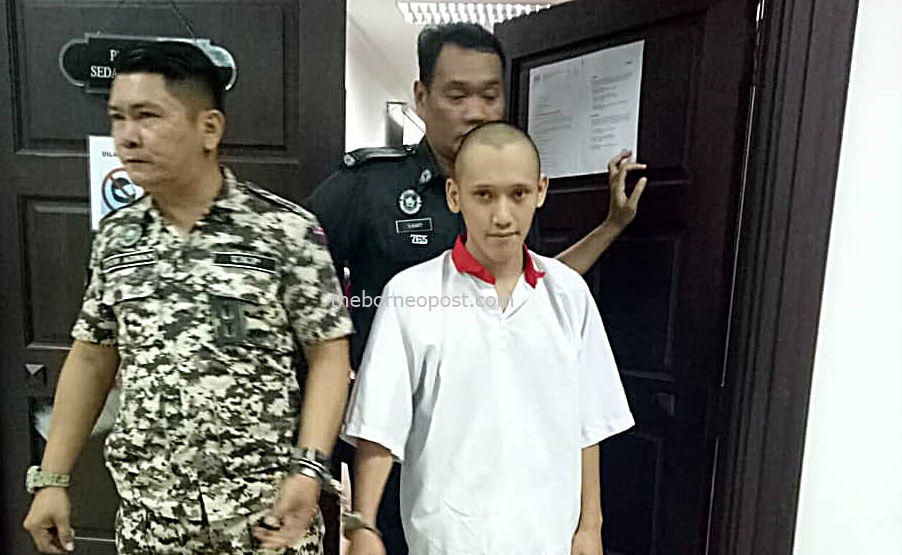 Alister is being escorted out of the courtroom

KUCHING: Alister Cogia, 22 who was sentenced to 10 years jail and fined RM50,000 for insulting Islam and Prophet Muhammad online has been ordered by the Kuching High Court to undergo mental observation for a month at Hospital Sentosa here.

High Court Judge Azahari Kamal Ramli made this order today after hearing an application by Alister’s lawyers to have the case reviewed,

Besides seeking a mental health assessment, Aliter’s lead counsel Batu Lintang assemblyman See Chee How reportedly said they have also sought to review whether his sentencing was appropriate.

“(We want to) look at the notes of the proceedings because there are certain issues that need to be litigated on the question of whether there is any failure of justice.

“We will come back on April 16 to continue on the second issue, if necessary, whether there was anything wrong in his conviction and sentencing, unless he is proven to be mentally unfit,” he was quoted as saying.

Deputy public prosecutors Musli Abdul Hamid, Isa Hassim and Hayda Faridzal Abu Hasan appeared for the prosecution during the hearing today, while counsel Orlando Chua appeared for the Advocates Association of Sarawak (AAS) as amicus curiae (friend of the court).

Alister’s legal team had on Monday, filed an application for a revision of the administration of the case, together with the statutory declaration made by Alister’s mother Alen Rijod and his uncle Waddle Rumen.

Alister’s family earlier claimed that they were not given the chance to meet Alister in the four days that Alister was under remand, was not told that he was to appear in court on Friday, and hence he was unrepresented in court.

In previous reports, Alen said her son had shown signs of mental illness since young.

According to her, Alister’s uncle had brought him to Hospital Sentosa before as they were worried about his mental condition, but were told to have him examined at a general hospital first and to obtain a referral for further examination in Hospital Sentosa.