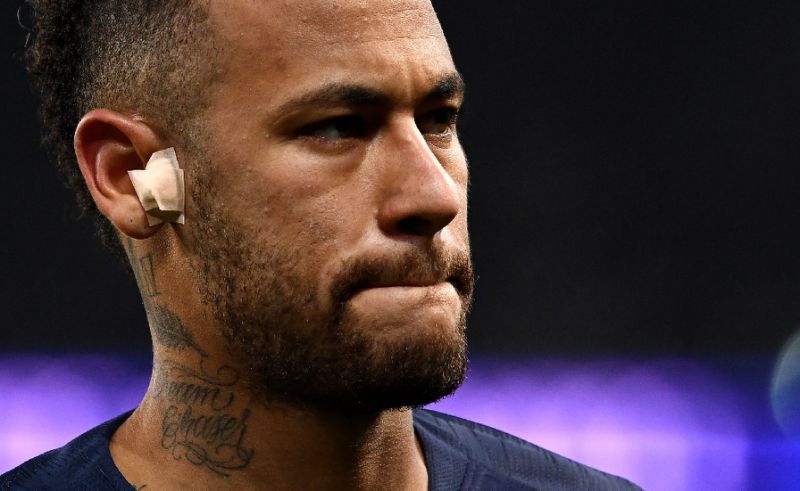 NYON: Neymar could be hit with a Champions League ban after UEFA opened an investigation on Wednesday into his foul-mouthed social media outburst about the refereeing during Paris Saint-Germain’s controversial exit to Manchester Unitedlast week.

Injured Brazil forward Neymar told match officials to “Go fuck yourselves” on Instagram after watching on incredulous from the sidelines at the Parc des Princes as United were awarded a decisive stoppage-time penalty for a debateable handball via the video assistant referee (VAR) system, allowing Marcus Rashford to fire United into the quarter-finals on away goals.

“It’s a disgrace. They get four guys who don’t understand football to watch a slow motion replay in front of the TV,” Neymar wrote in Portuguese on the social media website.

The Premier League outfit were given the spot-kick after Presnel Kimpembe was judged to have handled Diogo Dalot’s shot, a decision that on Friday UEFA maintained was correct due to the distance the ball travelled before hitting Kimpembe’s arm and the PSG defender’s body position.

“The defender’s arm was not close to the body, which made the defender’s body bigger thus resulting in the ball being stopped from travelling in the direction of the goal,” UEFA said.

Neymar was so reportedly enraged by the decision to give the penalty that he had to be restrained by PSG staff to stop him entering their dressing room.

In a statement UEFA announced a disciplinary investigation “has been initiated … in connection with the comments made on social media by the Paris Saint-Germain player Neymar following the above-mentioned match”.

If found guilty the 27-year-old risks being suspended during the early rounds of next year’s Champions League, for which runaway Ligue 1 leaders PSG are certainties to qualify.

Buffon accused the English referee of having a “dustbin in place of a heart” for awarding Real a last-gasp penalty that knocked Juve out after the Italians had clawed back a 3-0 first-leg deficit to level the tie. – AFP