Saturday, August 20
You are at:Home»News»Sarawak»Slippery serpent snared after slithering into car engine

MIRI: Personnel from the Civil Defence Force (APM) here were summoned into action to capture a python which had found its way into the engine compartment of a car.

The incident happened at Permyjaya around 6.20pm on Tuesday when the manager of a fast food chain happened to spot the snake exiting a drain and slithering its way
towards worker’s car parked nearby.

APM personnel arrived at the scene after being informed of the incident and, with the permission of the car owner, proceeded to inspect the car before locating the serpent curled in the engine compartment.

They took about 10 minutes to snare the two-metre-long python and brought it back to their headquarters pending further action. 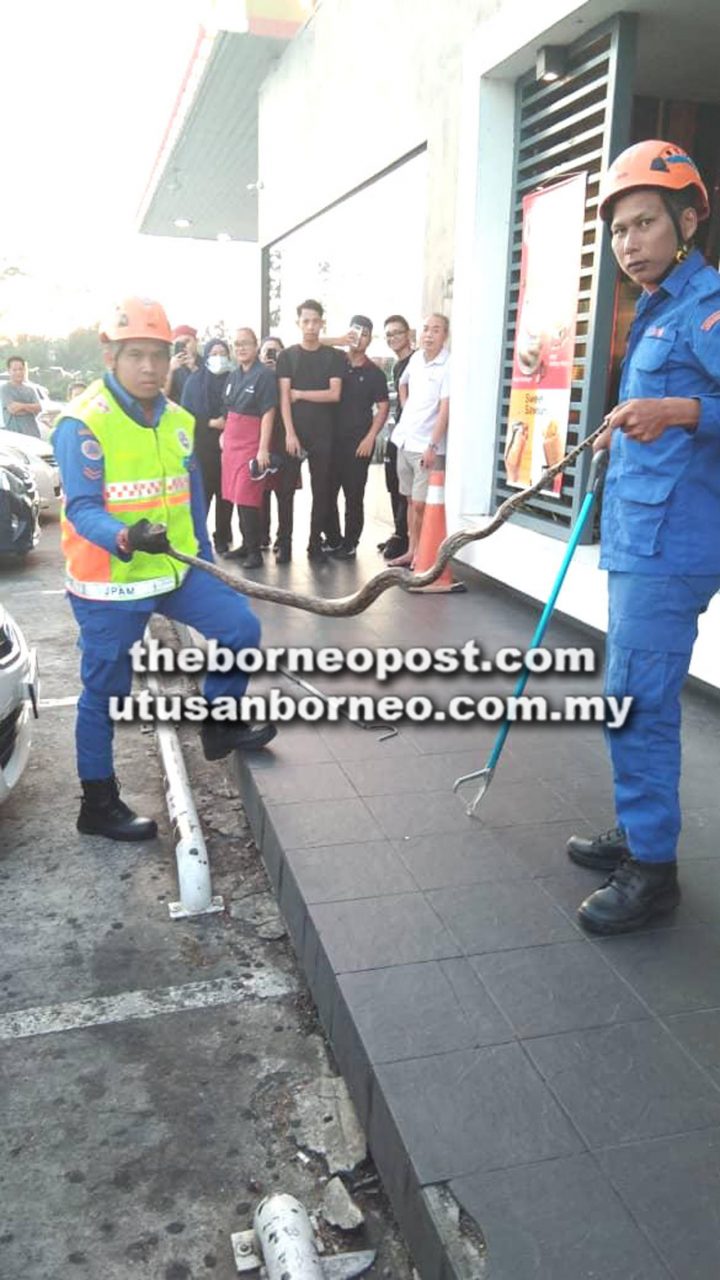 APM personnel with the captured python. 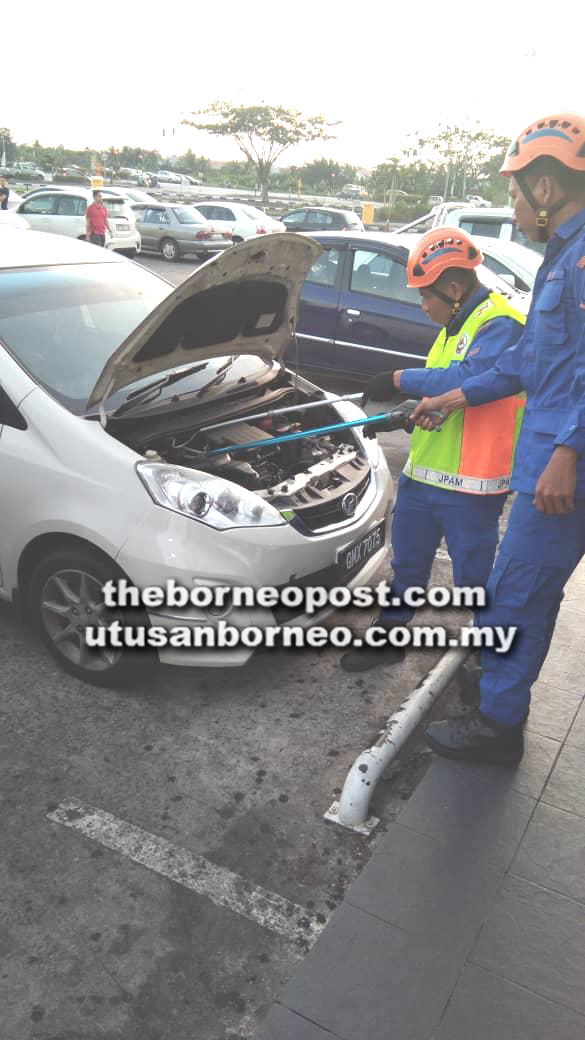 APM personnel in the process of removing the python from the engine compartment.