Wednesday, August 5
You are at:Home»News»Oiltown 4×4 Adventure Club to take on challenge of cleaning up Marina Bay beach 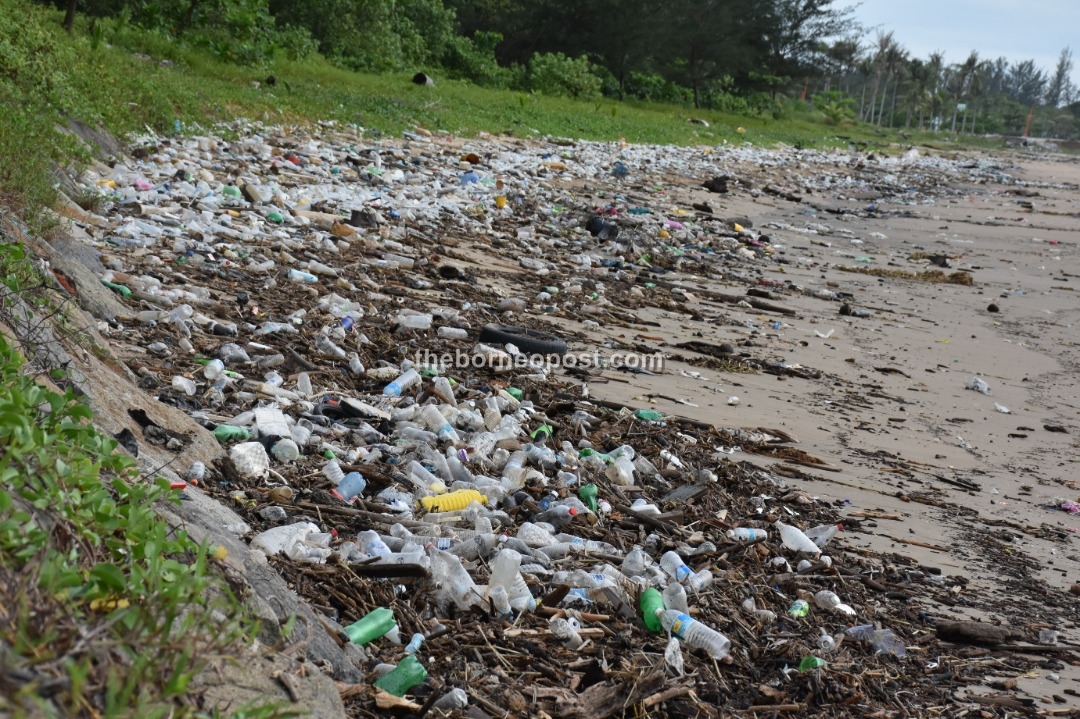 Piles of rubbish washes ashore when the tide comes in at Marina Bay beach.

MIRI: Environmentally conscious members of the public and those from the relevant agencies and non-governmental organisations (NGOs) have not given up on cleaning Marina Bay beach, believed to be one of the dirtiest beaches here.

There have been concerted efforts by the Miri City Council and the public to clean the beach of thrash, despite knowing that more rubbish will eventually be washed ashore when the tide comes in.

Members of the Oiltown 4×4 Adventure Club will take on the challenge of cleaning up the beach by organising its own clean-up campaign, starting at 6.30am.

“We have ten members taking part and our family members too will be joining us in this challenge.

“We encourage the public to voluntarily join us in collecting the rubbish. Just bring your own rubbish bags and we will use our vehicles to move the rubbish collected to the designated dumping grounds,” club secretary Dentonel Misa told The Borneo Post today.

Dentonel, 36, said the challenge was part of the group’s community project initiative to make improve Miri City’s image and to help promote the beach as a tourist attraction.

“I bring my family here frequently, and it is really sad to see the deplorable state of the beach and my children are complaining they can’t play here.

“We hope that someday there will be greater awareness to keep the environment clean and to make sure that the public stops making rivers and seas their personal dumping grounds,” he said.

Previously, the largest clean-up campaign organised by NGOs involved over 1,000 volunteers during the International Coastal & World Clean-Up Day on Sept 15, 2018 where over 8,817kg of rubbish was collected.

Another NGO led clean-up campaign was held during the inaugural World Oceans Day (WOD) celebration in Miri on July 1, 2017, where over 300 volunteers bagged an estimated 500kg of rubbish from the 600m stretch of recreational beach.