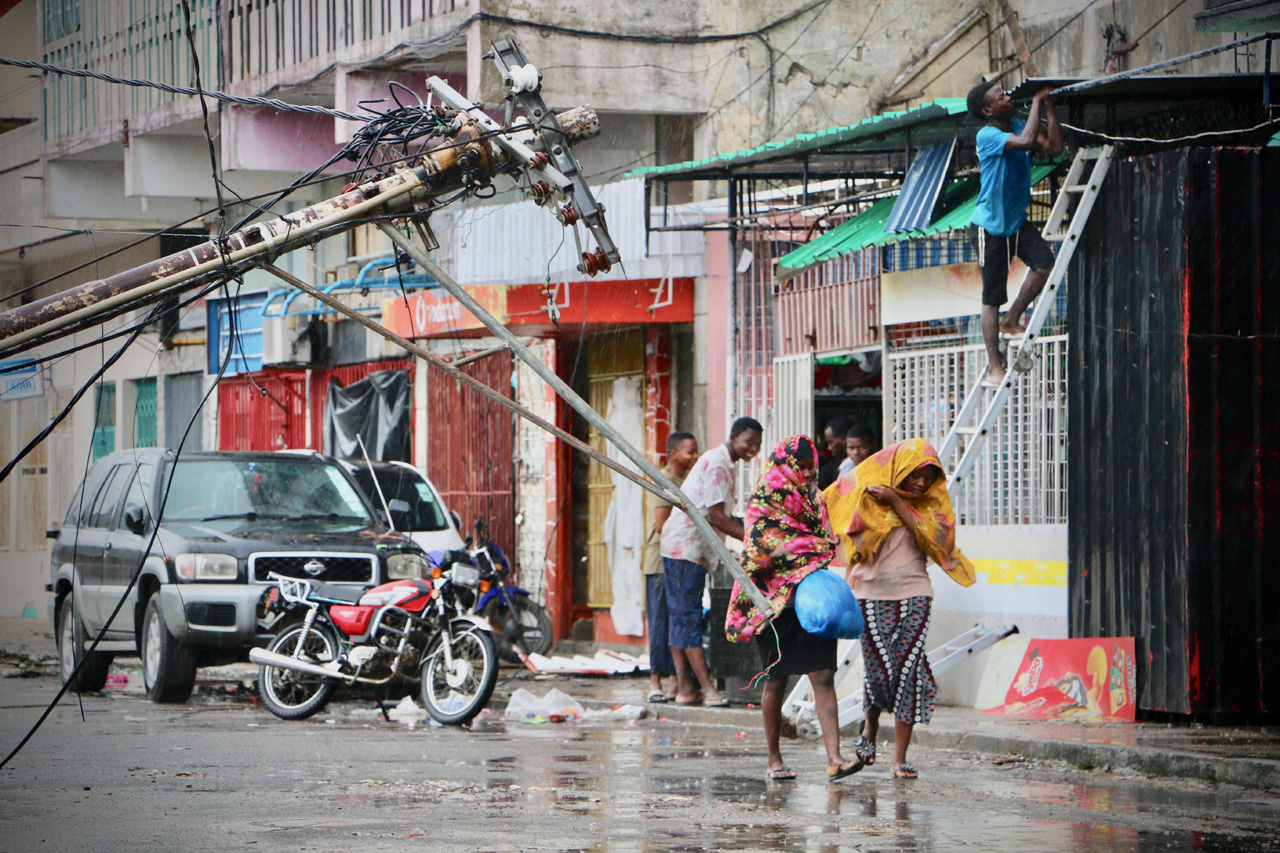 Residents are seen protecting themselves by the rain in the aftermath of the passage of the cyclone Idai in Beira, Mozambique. — AFP photo

BEIRA, Mozambique: A cyclone that slammed into Mozambique last week has damaged or destroyed 90 percent of the city of Beira, the Red Cross said yesterday, as the death toll in the country and neighbouring Zimbabwe rose to 157.

“The scale of damage caused by cyclone Idai that hit the Mozambican city of Beira is massive and horrifying,” the International Federation of Red Cross and Red Crescent Societies (IFRC) said in a statement.

It said 90 per cent of Beira and its surrounds are “damaged or destroyed”.

A large dam burst on Sunday and cut off the last road to the city of some 530,000 people, the statement added.

Idai tore into the centre of the country on Thursday before continuing on to Zimbabwe, bringing flash floods and ferocious winds, washing away roads and houses.

A toll compiled Monday by AFP from official sources puts the death toll in Mozambique at 68, including 55 in Beira alone, and 89 in Zimbabwe, up from a previous toll of 127.

“The situation is terrible. The scale of devastation is enormous, the IFRC’s Jamie LeSueur was quoted as saying in the statement.

“Almost everything is destroyed. Communication lines have been completely cut and roads have been destroyed.  Some affected communities are not accessible,” he said.

“Beira has been severely battered.  But we are also hearing that the situation outside the city could be even worse.”

The IFRC warned that the death toll could rise once the full scale of the devastation is known, with further heavy rains are forecast. – AFP