Tuesday, November 24
You are at:Home»News»Nation»Man sets himself on fire after quarrel with girlfriend 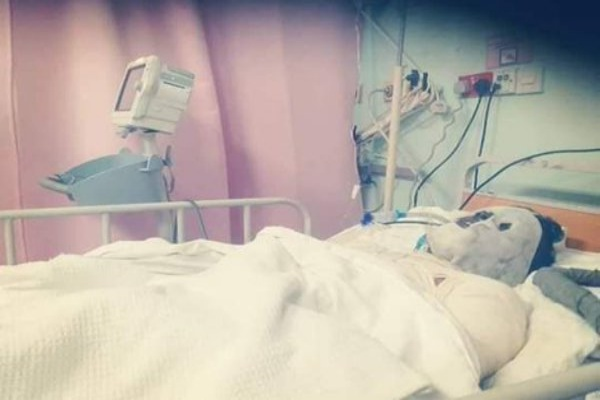 The injured man lies in hospital after receiving treatment for his injuries. Bernama Photo

LUMUT: A man set himself on fire following a quarrel with his girlfriend in Sitiawan, Perak yesterday night.

Manjung district police chief, ACP Muhammad Hanif Othman said in the incident that took place in a car park in front a house in Kampung Bintang at about 7.40 pm the 21-year-old man suffered almost 90 per cent burns on the body.

“There were several witnesses to the incident and the area was equipped with closed-circuit television ((CCTV) cameras. We also recorded statements from witnesses and viewed the CCTV footage,” he said in a statement here tonight.

The case was being investigated under Section 309 of the Penal Code for attempted suicide. – Bernama