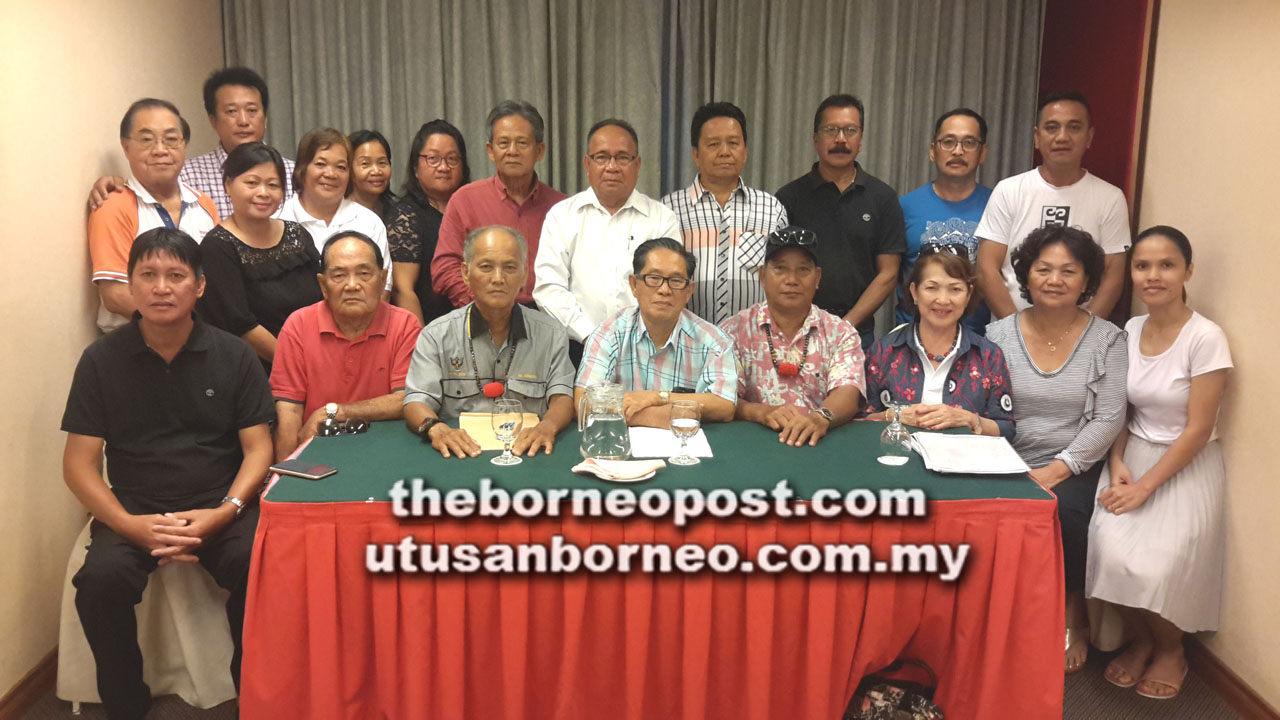 (Seated from third left) Edmund, Herbert, and Catherine (seated sixth left) are seen with other Long Terawan and Mulu villagers at the press conference.

MIRI: The Bruno Manser Fund (BMF) has been accused of exploiting villagers from Long Terawan and Mulu.

During a press conference yesterday, the villagers called on the police and Immigration Department to investigate the fund’s attempt to stop development in the two areas.

“We are representatives of the villages, taking our own initiative to explain to all parties to clear our name as the residents of the area,” said Penghulu Herbert Lawai.

“BMF is trying to twist and exploit our relatives from Kampung Batu Bungan, Mulu through Penan longhouse chief Ukau Lupung and some others, to object to and block the Radiant Lagoon company in carrying out work on the land, which has been agreed to by Long Terawan and Mulu villagers.”

According to him, the recent blockade and negative media attention has tarnished the image of the Mulu World Heritage Site.

“We, the original inhabitants of the Mulu and Long Terawan areas, have been embarrassed by the protest actions of Ukau Lupung’s brother, which are beyond the customs of the villagers and the people on the ground,” he said.

“We ourselves gave advice to Ukau Lupung and Willie Kajan, and explained the effort and social responsibility of the company after the plantation is open such as giving oil palm seedling, cooperating with the company, taking employees from among villagers and so on.”

Long Terawan Ketua Kaum Edmund Abang said serious action must be taken against individuals and foreigners who are against development for the people of Mulu and Long Terawan.

“Here we also want to expose the names of a foreigner, Lucas, and three others involved with BMF so that action is taken against them because they are the ones that interfere with the governance of Long Terawan and Mulu,” he said.

“Today we have come to deny and explain the truth to all the authorities.”

He added it was shameful that some had sought to bring in foreign nationals to interfere with Sarawak’s affairs.

Sarawak Berawan Association chairlady Datin Catherine Awing Wan said as a Long Terawan resident, she was very happy to see progress and development for the people.

“After listening to Sarawak Chief Minister Datuk Patinggi Abang Johari’s speech in Marudi yesterday stressing the road link will bring further development in Mulu and Long Terawan, and that is the thing that we want and look forward to,” she said.

“I’m sure and certain our community in Long Terawan and Mulu like and are looking forward to this development.”