Sunday, January 23
You are at:Home»News»Crime»Drug suspect turns aggressive during arrest 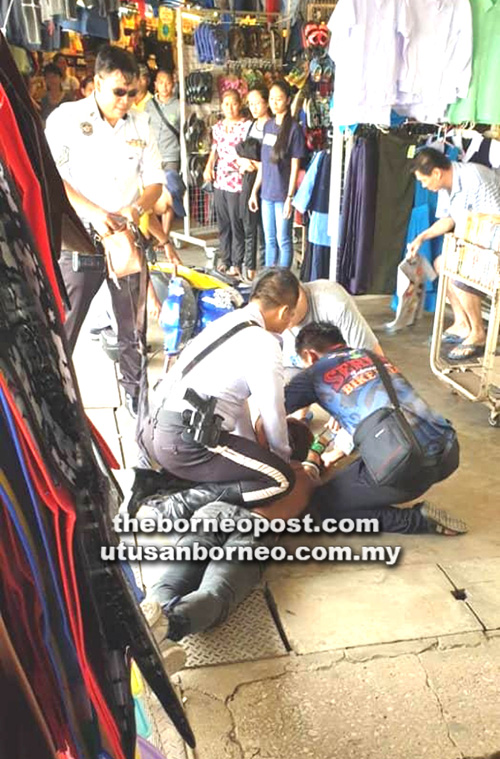 The suspect (on the ground) being handcuffed by policemen.

Serian District police chief DSP Aswandy Anis, who confirmed the case, said the suspect from Kampung Kerait was first spotted riding a motorcycle by traffic police personnel during their regular beat in town.

“When he (suspect) was stopped and a body check was about to be conducted on him, he turned aggressive,” said Aswandy yesterday.

A struggle ensued which ended with the traffic policeman overpowering him (suspect) and finally put him in custody.

Checks by the police on the suspect found a plastic packet containing crystal-like substance believed to be Syabu in his possession.

The case was then reffered to the Narcotics Criminal Investigation Department for further action.