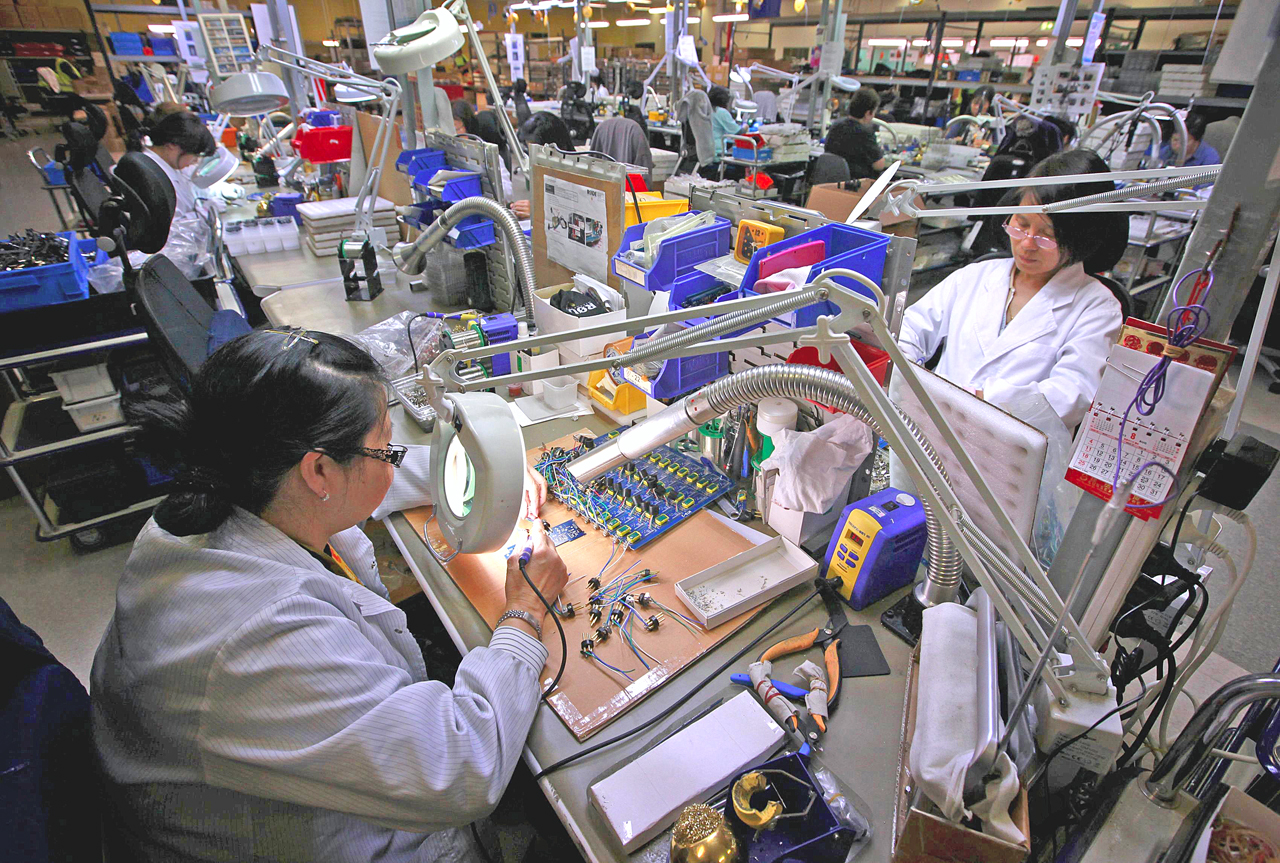 The escalating trade war between the US and China poses a threat to Malaysia’s manufacturing sector, MIDF Research observes. — Reuters photo

KUCHING: The escalating trade war between the US and China poses a threat to Malaysia’s manufacturing sector, the research arm of MIDF Amanah Investment Bank Bhd (MIDF Research) observes in its second quarter of 2019 (2Q19) outlook report.

According to MIDF Research, the manufacturing sector expanded by 4.7 per cent year on year (y-o-y) in 4Q18, slightly lower than the previous quarter but remain sluggish.

It noted that key manufacturing sub-sectors, refined petroleum and electrical and electronics (E&E) products rose by 3.6 per cent y-o-y and 6.9 per cent y-o-y respectively during the quarter.

“Looking ahead, we view the ongoing trade tension will drag down domestic business activity as well as other trading countries gradually in 2019,” MIDF Research said.

“Risks to the global economy remain despite recent trade truce between the US and China as it does little to deal with the core sticking points of the duo’s economic rivalry.”

MIDF Research believed this is more of a temporary relief with political agenda in a response to the US midterm election results which did not highly favor Trump.

“There is still a possibility for Trump to go ahead with the initial planned hike on tariffs currently imposed on Chinese goods. The tariffs would be raised from 10 per cent to 25 per cent on US$200 billion worth of goods.

“In addition, the rebalancing of China’s economy away from manufacturing and toward services may weigh on global import demand for some time.”

Nevertheless, imports tariff cut by China starting November 2018 will affect manufacturing sector positively and the research arm expected the impacts to continue for the year to come.

“As for commodity-based sectors, their performances are likely to remain weak partly due to the volatility in global prices and geopolitical risks which remain as challenges to the sectors.”