KUCHING: Sarawak recorded an increase of 5.1 per cent, or 1,318, in crime cases from Jan 1 to March 20 this year, versus 1,254 crime cases reported in the same period last year.

In this regard, Sarawak Deputy Police Commissioner Datuk Mohd Dzuraidi Ibrahim said violent crimes had declined to 173 cases, or by 12.63 per cent, during the period this year, compared with 198 cases in corresponding period last year.

Murder and serious injury cases declined by two and 10 cases, respectively, while rape and armed robbery cases had increased by five cases and one case, respectively, within the period, he added.

He also said cases classified under property crime showed an increase of 89 cases to 1,145 between Jan 1 and March 20 this year, from 1,056 cases in the same period last year.

Based on the crime index between Jan 1 and March 20 this year, 13 urban areas throughout Sarawak showed a decline in reported crime cases versus similar period last year, with Miri recording a drop of 13 cases, Belaga (13 cases), Kuching (10 cases) and Kota Samarahan (six cases).

Commercial crime cases in Sarawak also showed a decline of 29.26 per cent as at March 19 this year from the figure recorded in corresponding period last year.

He attributed the decline in cases to the continuous crime prevention and awareness programmes conducted throughout Sarawak.

One of the high profile cases solved by Sarawak Commercial Crime Investigation Department in 2018 and 2019 were the scams involving tourism packages to Rome, Italy, France and Portugal; hotel employment offers in Cambodia in which 47 Malaysians were detained in that country; and logging employment offer in Liberia.

On drug distribution cases, he said 236 people were arrested between Jan 1 and March 19 this year – an increase of 73 per cent over 136 people arrested in the same period last year.

Forty-two people were arrested under Section 39B of the Dangerous Drugs Act 1952, versus 25 people arrested in the corresponding period last year.

Additionally, 15 arrests were made under the Dangerous Drugs (Special Preventive Measures) Act 1985 this year, an increase of 87 per cent over the eight arrests made during the same period last year.

On forfeiture of property under Dangerous Drugs (Forfeiture of Property) Act 1988, properties worth RM875,937.79 belonging to drug distributors was forfeited, he disclosed.

Meanwhile during the 212th Police Day commemoration march, Mohd Dzuraidi took the opportunity to thank police veterans and serving personnel for their contributions in safeguarding the peace and sovereignty of the country.

He said the contributions by the veterans would not be forgotten and he also expressed his hope for the serving personnel to continue upholding their duty as law enforcers and delivering quality service with integrity. 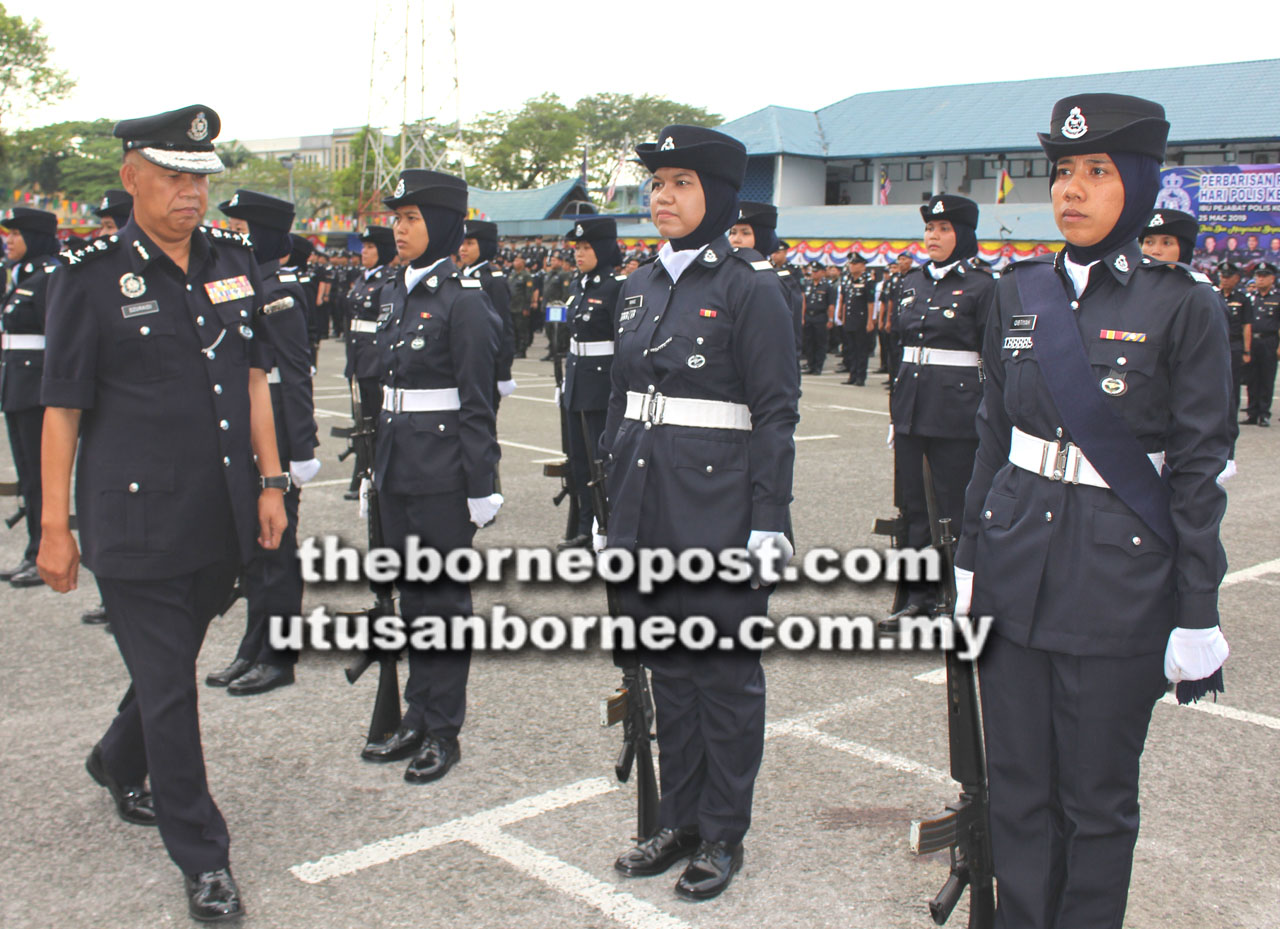 Mohd Dzuraidi (left) inspects the guard-of-honour during the 212th Police Day event at the Sarawak contingent police headquarters in Kuching. 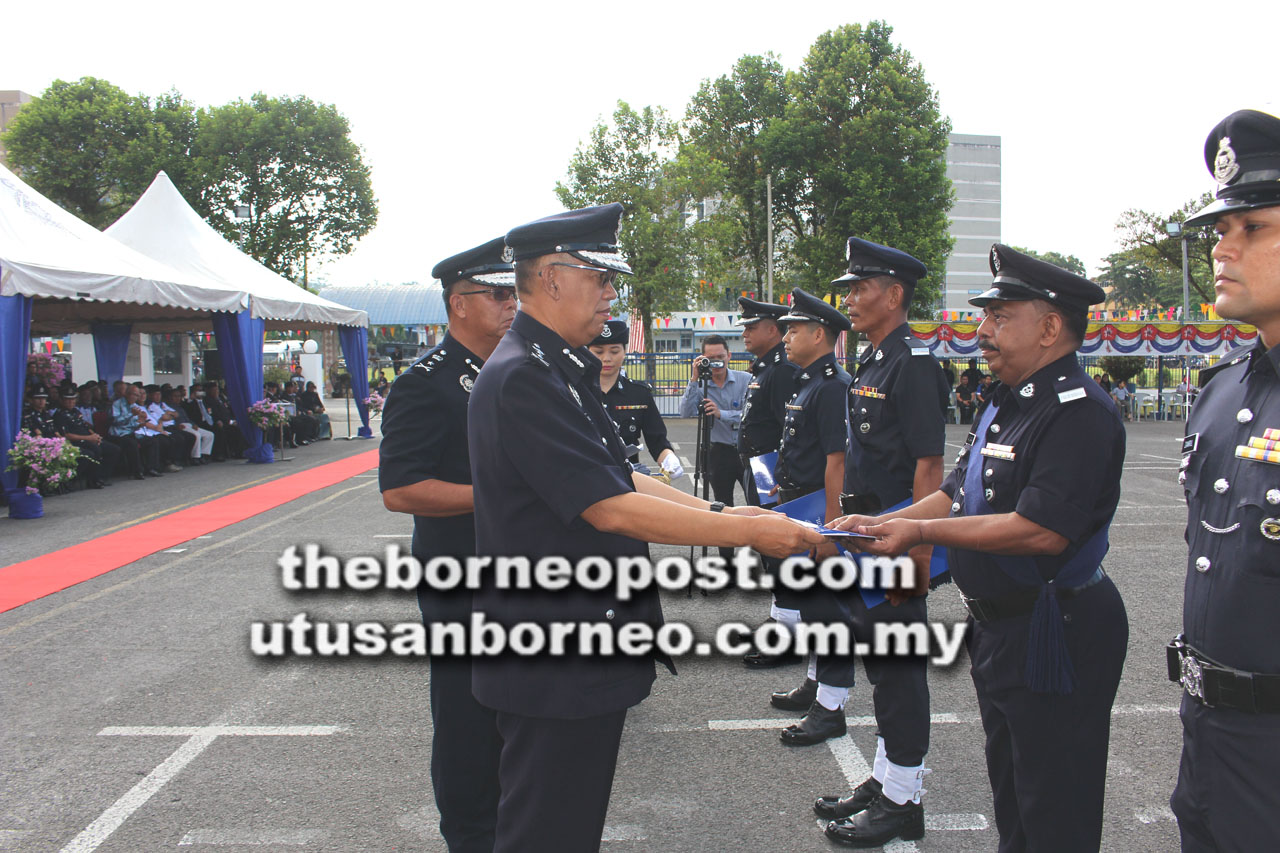