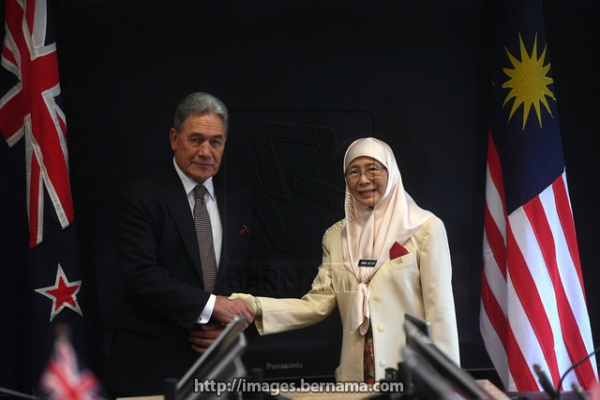 KUALA LUMPUR: Against the backdrop of the recent deadly terrorist attack in Christchurch, Malaysia and New Zealand are on the same page on the need to forge closer ties to fight terrorism.

“We have agreed to strengthen bilateral cooperation in combating this scourge of terrorism,” Dr Wan Azizah told the media after their meeting held at the Parliament building here.

“The attack on the two mosques during Friday prayers on March 15 claimed the lives of 50 people, including a Malaysian teenager. Dozens of others were injured.

“During the meeting, Dr Wan Azizah said she also offered heartfelt condolences on the part of the Malaysian government to the government of New Zealand and its people and the families of the victims. – Bernama