Wednesday, July 15
You are at:Home»World»No halt to Gaza flare-up despite ‘ceasefire’ 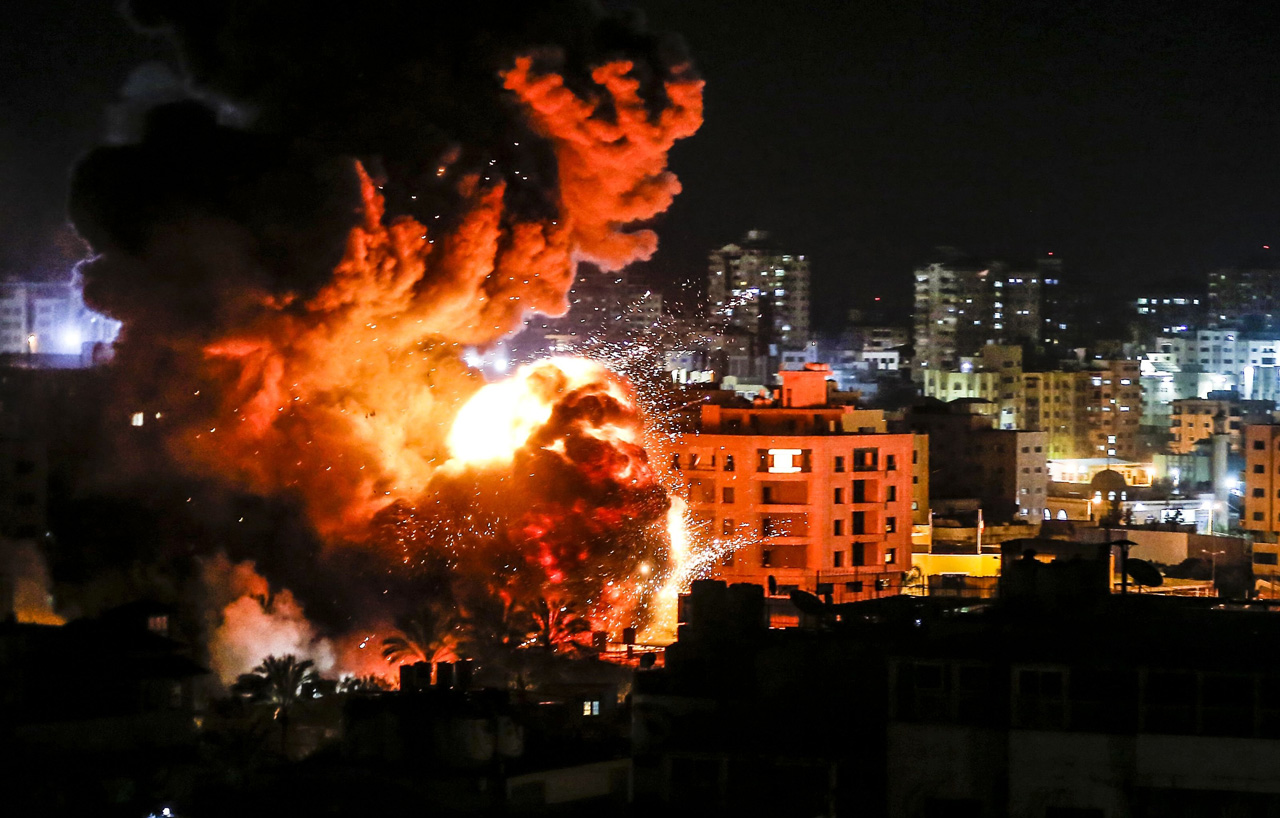 GAZA CITY, Palestinian Territories: Israel kept up air strikes on Gaza into Tuesday and Palestinian militants launched new rockets despite a reported ceasefire deal, raising fears of a return to open conflict in the enclave.

Gaza’s Islamist rulers, Hamas, had said on Monday evening that an Egypt-brokered ceasefire has been agreed following a flare-up of violence just two weeks before an Israeli general election.

But the Israeli army reported late-night mortar fire and 30 new rocket launches from Gaza, on top of 30 rockets detected earlier in the evening.

Israel struck around 15 fresh targets including what the army said were a Hamas military compound and an Islamic Jihad position, adding in a statement that it would ‘increase its operational activity as necessary’.

“Hamas needs to know that we shall not hesitate to go in (to Gaza) and take all necessary steps,” he said in in remarks broadcast on Israeli public radio.”

During the night, an AFP journalist saw multiple rockets fired from the north of Gaza towards Israel.

Some were intercepted by air defences while others hit uninhabited areas, the Israeli army said.

The ceasefire announcement came after Israeli strikes hit the office of Hamas Ismail Haniya and dozens of other sites across the Gaza Strip on Monday evening.

Those strikes were in response to a rare long-distance rocket attack from the Palestinian enclave that hit a home north of Tel Aviv and wounded seven people early on Monday.

Israel, whose strikes began around the same time Netanyahu met US President Donald Trump in Washington, did not comment on the ceasefire report.

Israel and Hamas have fought three wars since 2008, and Netanyahu is believed to want to avoid another one with unpredictable results ahead of the April 9 election.

But he faces a tough challenge from a centrist political alliance led by former military chief Benny Gantz and came under pressure to respond firmly.

Gaza’s health ministry said Monday evening that seven people had been wounded as explosions rocked the enclave and balls of fire rose into the sky.

There was no indication the Hamas leader was in his office at the time it was hit.

One Israeli strike destroyed a building in Gaza City that Israel alleged was a secret Hamas security and intelligence headquarters.

A joint statement from militant groups in Gaza, including Hamas and Islamic Jihad, took responsibility for the rockets fired later on Monday in response to the Israeli strikes.

Israel’s army said the rocket from Gaza that hit a house early Monday was fired by Hamas.

A Hamas official, speaking to AFP on condition of anonymity, denied the group was behind the rocket, evoking the possibility it was caused by ‘bad weather’.

The Israeli house hit was located in the community of Mishmeret, around 20 kilometres north of Tel Aviv, police said.

The rocket would have had to travel some 120 kilometres from Rafah in the southern Gaza Strip, where Israel said it was fired from.

The hospital treating the wounded said seven Israelis were injured lightly by burns and shrapnel, including three children. — AFP 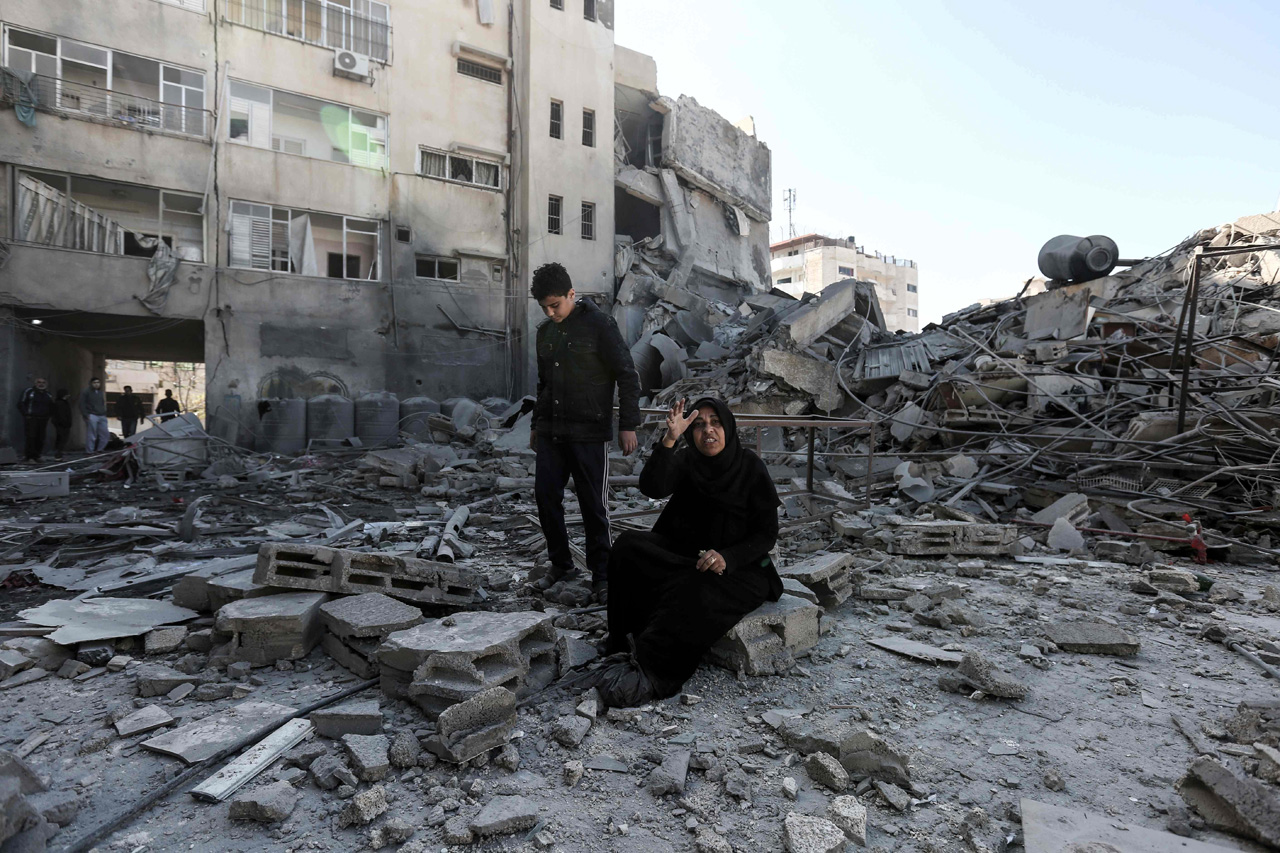 A Palestinian woman sitting next to the rubble of a building in Gaza City, after Israeli air strikes hit dozens of sites across the Strip overnight in response to rocket fire from the Palestinian enclave. — AFP photo