Wednesday, October 27
You are at:Home»News»Sabah»Sabah minister Stephen Wong passes away 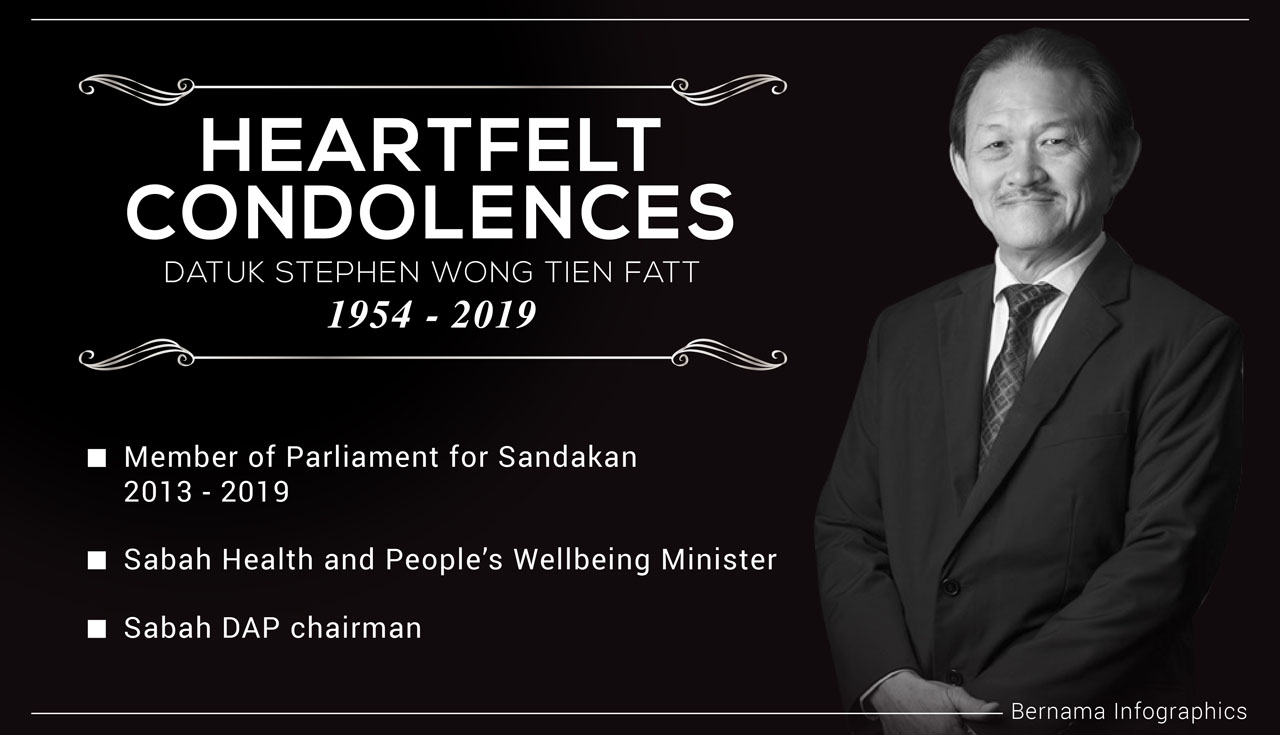 Wong’s public relations secretary, Henry Shim, who accompanied Wong throughout the hike, said the minister, being a former member of JCI himself, had always been supportive of the programmes organised by the chamber.

“Datuk Stephen Wong and I had arrived at the starting point at 5.30am to meet the organiser and participants.”

He said the activity was supposed to start at 6am but was delayed for half an hour.

Shim said he had accompanied Wong on the entire trek and had asked the latter how he was doing, to which the minister reassured that he was fine.

Wong completed the three-kilometre trek in 1.5 hours and returned to the starting point at about 8am.

At that moment, Shim noticed that Wong looked exhausted and suggested that paramedics inspected him in an ambulance on standby at the location.

“Datuk Stephen’s blood pressure was normal, only his heart was beating faster than usual.”

Wong took a rest in the ambulance and left at 8.30am, while Shim also drove away in his own vehicle.

After a while, Shim received a call from Wong’s driver saying that the latter was feeling very unwell.

He immediately instructed the driver to send the minister to KPJ Specialist Hospital in Damai.

As Shim was making arrangements with the hospital over the phone, the driver called again telling him that Wong had fallen unconscious.

The minister was subsequently rushed to QEH at 9.35am. Despite the best efforts from the medical team, Wong breathed his last at 12.15pm.

Wong’s death came as a complete shock to DAP and the public.

Wong’s body will be at Fook Lu Siew Funeral Parlour till today (March 29) for family and friends to pay their last respects, and thereafter be sent back to Sandakan for funeral on Saturday.

Details of the funeral service will be announced in due course.