Thursday, August 6
You are at:Home»News»‘All eateries can now use domestic LPG tanks’ 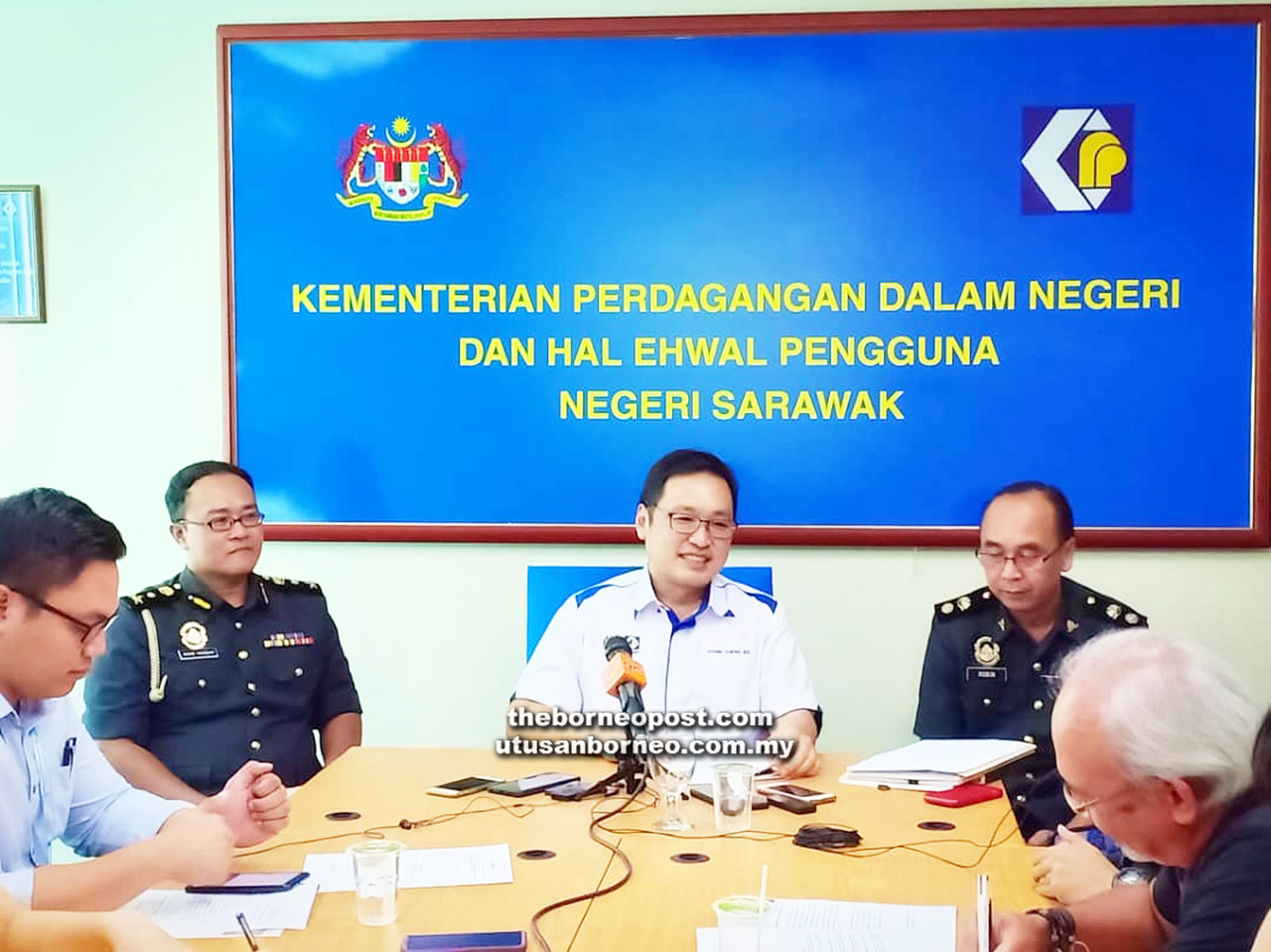 This is because the Ministry of Domestic Trade and Consumer Affairs (KPDNHEP) has decided to put on hold all enforcement on the use of commercial LPG by the eateries.

Its Deputy Minister Chong Chieng Jen said the enforcement is put on hold until the country’s economy improves or when there is a new policy on subsidy for domestic household LPG tanks.

He explained that as a government that is responsive to the people’s needs, such step was taken to reduce the high costs of living which would be incurred if the eateries continue to use LPG tanks meant for commercial use.

“As it is now, the eateries can continue to use the subsidised LPG tanks,” he told a press conference at the KPDNHEP Sarawak office yesterday.

He said LPG for domestic household usage which is at RM1.90 per kg is heavily subsidised and meant for household use only. This price has been gazetted by Price Control and Anti Profiteering Act 2011 under the Federal Gazette P.U. (A) 125 dated on June 17, 2015.

As for commercial LPG, it is normally sold in 50kg cylinder, 200kg or in bulk. He also said that recently, some suppliers had come up with the initiative to produce 12kg cylinder (in West Malaysia only by BHP) and 14kg cylinder (Petronas) for commercial LPG (the purple tanks) as these would be easier to carry especially for food stall operators.

According to Chong, the price for commercial LPG is not subsidised and fluctuates according to market price. Currently, the non-subsidised LPG is around RM 3.10 per kg.

“Recently, the Ministry’s enforcement has issued letters to restaurants, kopitiams and food stalls requesting them to use the commercial LPG as the household gas is supposedly only for household usage.

“This has caused concern and anxieties amongst the operators of these eateries as this will increase their costs of business operation and the price of food served. It will definitely further increase the costs of living to the people,” he said.

“Over and above, the government’s concern to reduce budget deficit is to contain the high costs of living to the people,” he said.

Despite the enforcement previously carried out on the eateries, he said no summons had been issued but they were given letters of advice.

“That is soft enforcement. We do not issue summons straight away, that is the approach of the new government,” he said.

He nonetheless confirmed there had been LPGs seized and summonses issued during operations carried statewide but for various offences under the Control of Supplies Act 1961 such as selling of LPG without license.

“LPG is a controlled item. Whoever wants to be retailer and wholesaler must have licence,” he said.

Based on the press handout by KPDNHEP Sarawak, a total 28 cases were recorded from 2016 to 2019 for offences under the Control of Supplies Act 1961 and RM219,614 worth of LPG tanks were seized.