Saturday, August 13
You are at:Home»News»Sabah»Amendment bill too hasty on first reading – LDP 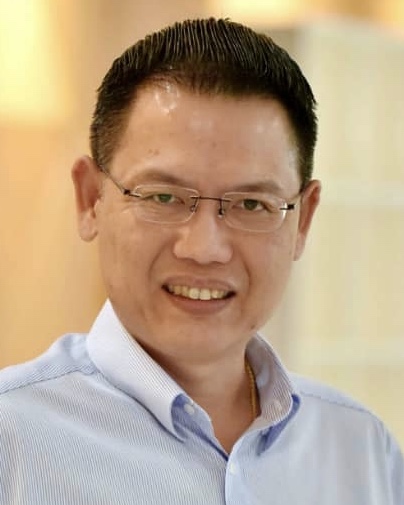 KOTA KINABALU: The amendment bill to the Article 1(2) of the Federal Constitution by the Pakatan Harapan (PH) government is too hasty on the first reading, said the vice president of Liberal Democratic Party (LDP), Yew Chau Khiong.

Expressing disappointment and protest, Yew, who is also the Chief of LDP Social Issues Action Bureau, has scrutinized the proposed amendments by the de facto law minister Datuk Liew Vui Keong, which are hallow and meaningless.

“The proposed amendment does not, in any way, alter the functions of the Federal and State Governments under the concept of federalism. And the Bill will involve the government in extra financial expenditure the amount of which cannot at present be ascertained. Such amendment is obviously perfunctory, just to transfer Sabah and Sarawak into another subsection (B) of the original Article 1 (2) Provisions of the Federal Constitution,” he pointed out in a statement yesterday.

He said the constitutional amendment, which was made from the beginning to the end, there is no mention in any way that the formation of The Federation of Malaysia in 1963, was jointly formed by the Malayan Federation, Sabah, Sarawak and also Singapore with the equal status. Such constitutional amendments will only lead to the people of Sabah and Sarawak to question more the true sincerity of the PH government.

“The proposed amendments do not even mention the statutory equal status of Sabah and Sarawak, let alone the number of parliament seats to be added on after the withdrawal of Singapore in 1965, the autonomy of education and public health, and the sharing of oil and gas royalty. With such insincere amendment bill is certainly not in line with the long-cherished expectations of the people of Sabah and Sarawak, and the people have all the reasons to believe that PH government is not willing to implement the autonomy provided to Sabah and Sarawak in MA63. Much of what has been promised in the 14th General Election (GE14) was just an empty talk,” he said.

Yew added the people have to understand the substance is far more important than all forms and promises, and the true problem is implementation, which is entirely determined by the political will of the Federal Government and its governance.

He said LDP has long adhered to and defended, what is more important is that the substantive rights which Sabah bargained for under MA63 must be clearly stated and incorporated in the Federal Constitution. For example, the yearly special grant equivalent to two fifth of the Federal revenue derived from Sabah is not given.    “Article 112D mentions the special grant shall be reviewed once in five years but not done. Without such review since 1974, Sabah has been getting a mere RM26.7 million as special grant every year.

“In its GE14 manifesto, PH promised to return 50 percent of Federal revenue derived from Sabah and 20 percent of the oil royalty. A good question to ask here, how much special grant is Sabah receiving under the budget passed last year?”

Yew said LDP cannot disagree the amendment is the most important ever historic constitutional amendment, and it is reasonable for the people of Sabah and Sarawak to ask for a bill before it can clearly and effectively grasp the contents of the amendment.

“The governments of Sabah and Sarawak, the Advocates Association of Sarawak (AAS) and Sabah Law Society should conduct a more in-depth study and discussion of the proposed amendments and it must be referred to a Select Committee in Parliament prior to debate and voting.

“The MPs and people from Sabah and Sarawak must not blindly support the constitutional amendment at this time. Inputs from all parties is critical as the implications are far-reaching in terms of legislation. Otherwise the hasty passage of the case will only backfire, but also the scourge will affect our future generations,” he said.