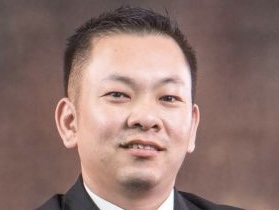 In response to the press enquiry about Parti Pribumi Bumiputera Malaysia (PPBM) Sabah’s current larger number of members compared to DAP Sabah, Chan said he hoped the presence of the party is intended to truly strengthen Pakatan Harapan and the Warisan state government.

“I think DAP, we will stick to our work. So, no need to compare who is number two and number three as long as we deliver to the people as what we are doing now. But we are really worry what we try to push, will eventually fail again,” he said during the party’s press conference at Lintas Jaya Uptownship here yesterday.

“Politics is full of dynamics. So, at a certain point, if some people want to come and support you, then you just accept that. But we must remember the ones who were together with us when we went through the tough times. We will remember who is (Warisan president) Datuk Seri Mohd Shafie Apdal, who came together with us to fight this tough battle in the last election.

“But we also welcome any new friends. As long as all the PPBM Sabah MPs vote for the constitution amendment on Tuesday, they are our friends. Including Keningau (MP Datuk Dr Jeffrey Kitingan), if he supports us,” he quipped.

Hajiji also handed over 120,076 membership application forms to Tun Mahathir. This made PPBM the second largest party in the Sabah government.