Saturday, September 24
You are at:Home»News»Steven Seagal to make special appearance at Aiffa 2019 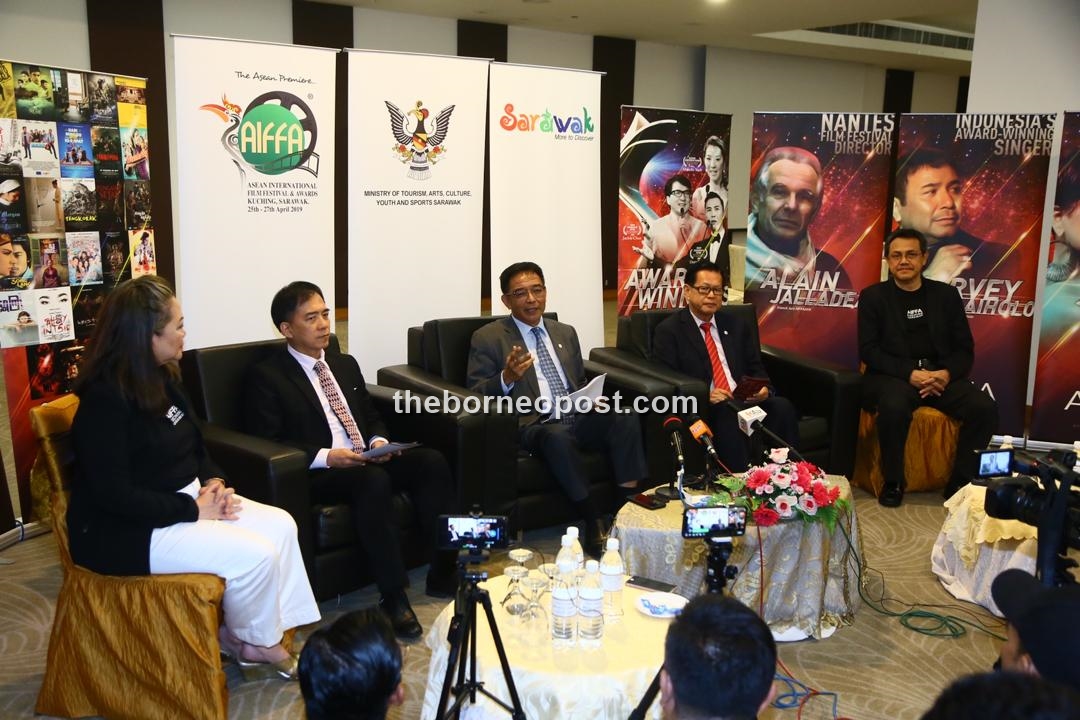 KUCHING: Veteran Hollywood action star Steven Seagal will be making a special appearance at the Asean International Film Festival and Awards (Aiffa) 2019 here from April 25 to 27.

He will be here throughout the three-day festival joining the likes of local and international celebrities such as Asean jazz queen Sheila Majid and former Asia’s Got Talent hosts Marc Nelson and Rovilson Fernandez among others.

Tourism, Arts, Culture, Youth and Sports Minister Datuk Abdul Karim Rahman Hamzah, who is a fan of Seagal, said Sarawak is very fortunate to have the well-known actor for this year’s Aiffa.

“He will be in town throughout the festival where he will also be meeting fans at the Old Courthouse on April 27 at 3pm,” he told a press conference at a leading hotel here today.

Aiffa 2019 marks the fourth edition of the biennial festival which Abdul Karim described as full of significance for Sarawak as it coincides with the Visit Sarawak Campaign (VSC).

“This is one of the events which can promote Sarawak to the tourism and film industries and since Aiffa was held here in 2013, the festival has grown from strength to strength and established itself as one of the premier film festivals in the Asean region,” he remarked.

He pointed out that one of the highlights include the signing of a Memorandum of Understanding (MoU) with Alibaba Pictures Group, a Chinese film production company under Alibaba Group, which has produced in blockbuster films such as Mission: Impossible – Fallout and Star Trek Beyond.

“They will be coming down to sign an MoU with Aiffa as well as to try and probe into how they can come into Sarawak or Malaysia to do filming.

“For such a big production company to come down to Kuching for this film festival, this reflects that they have confidence in Aiffa and wants to know more about Sarawak and Malaysia.”