Saturday, August 20
You are at:Home»News»Sarawak»Miri youth gets jail, rotan for attempted outrage of modesty 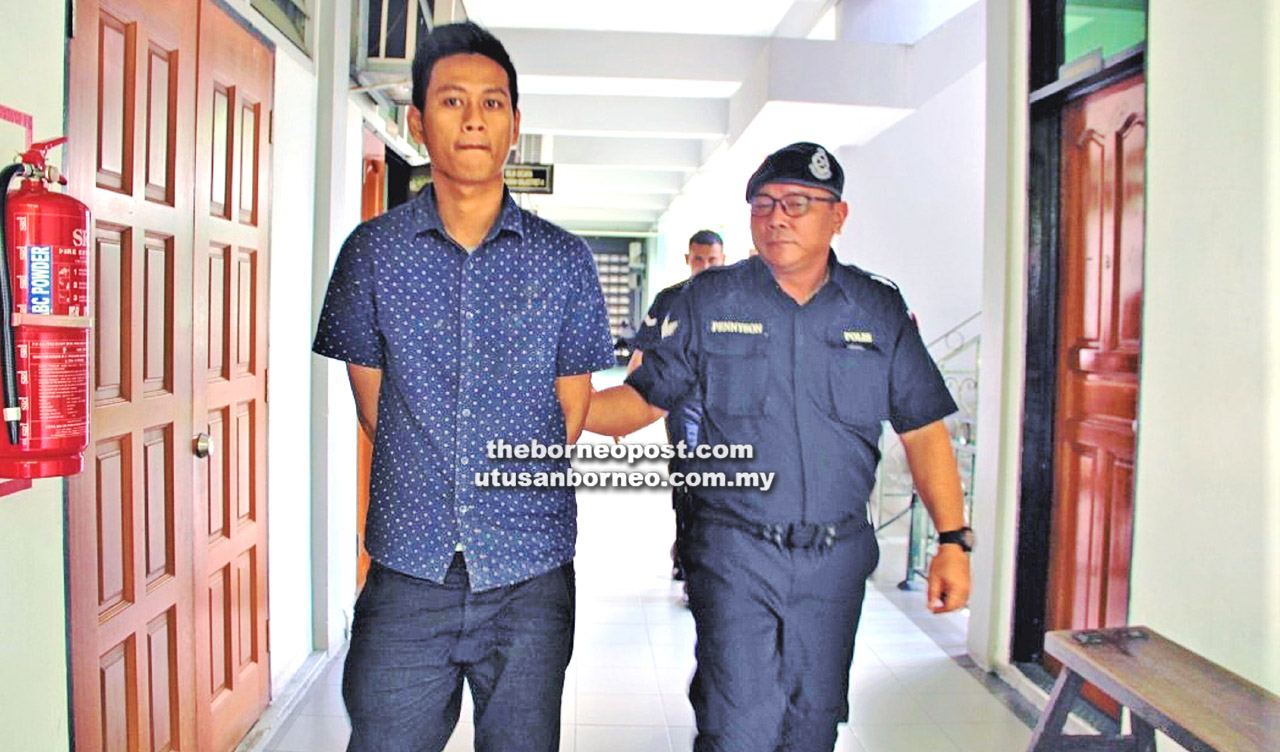 Sliff is led from the court after sentencing.

SIBU: A youth from Miri was jailed 12 months yesterday and ordered to be given one stroke of the cane after he pleaded guilty to attempting to outrage the modesty of a waitress using criminal force.

Sliff Romardo Rumpang, 21, of Kuala Baram was charged under Section 354 of the Penal Code which carries a jail term of up to 10 years or fine or whipping, or any two of the punishments.

The waitress, who had gone to clean the toilet, kicked at the accused and then screamed when he grabbed her around the neck.

She was rescued soon after by her employer’s son and lodged a police report which led to Sliff’s arrest.

Meanwhile, in another magistrate’s court yesterday, Sliff was charged with causing hurt to the waitress at the same time and place.

The court was told that a medical examination conducted on the victim found she had sustained soft tissue injury to her neck resulting from the incident.

Sliff pleaded guilty to the charge and was given a jail term of 10 days and fined RM1,000 in default one month’s imprisonment.

The charge was listed under Section 323 of the Penal Code which provides for a jail term of up to one year or fine of RM2,000, or both.