Friday, July 10
You are at:Home»News»Sarawak»210.4 per cent increase in dengue cases this year, no fatalities — Dr Jamilah 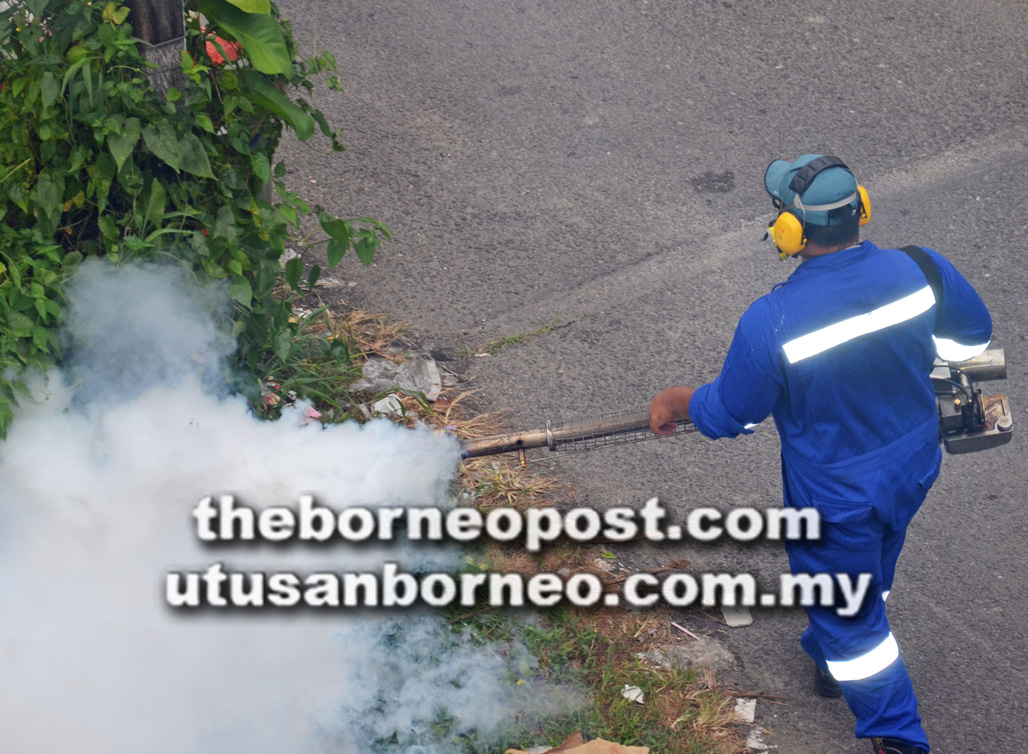 File photo shows fogging being carried out at a residential area near the town.

SIBU: Sarawak recorded 447 dengue cases in the first quarter of this year, an increase of 210.4 per cent from 144 cases recorded in the corresponding period last year.

State Health Department director Dr Jamilah Hashim, however, said there were no fatalities due to dengue so far this year.

“There were 33 episodes of dengue outbreaks (between Jan 1 and March 30, this year) in 33 localities,” she told The Borneo Post when asked on dengue cases in the state for the first three months of this year.

Dr Jamilah said 30,329 premises across Sarawak were inspected this year, with 996 premises found to be breeding Aedes larvae.

“Though weather plays a role in the rise of mosquito reproduction, Aedes mosquitoes can also breed inside the house.

“Thus, ensuring that indoor and outdoor areas are kept clean to get rid of potential mosquito breeding grounds can help reduce mosquito populations.”

She pointed out that toilet cisterns, floor gulley traps and water tanks are among the places which are often found with Aedes eggs and larvae.

“To prevent the epidemic, all premises owners in the locality of the epidemic are required to conduct environmental cleansing and destroy Aedes breeding grounds every week,” Dr Jamilah said.