Sunday, February 5
You are at:Home»Business»China says it wants to eliminate bitcoin mining
For the freshest news, join The Borneo Post's Telegram Channel and The Borneo Post on Newswav. 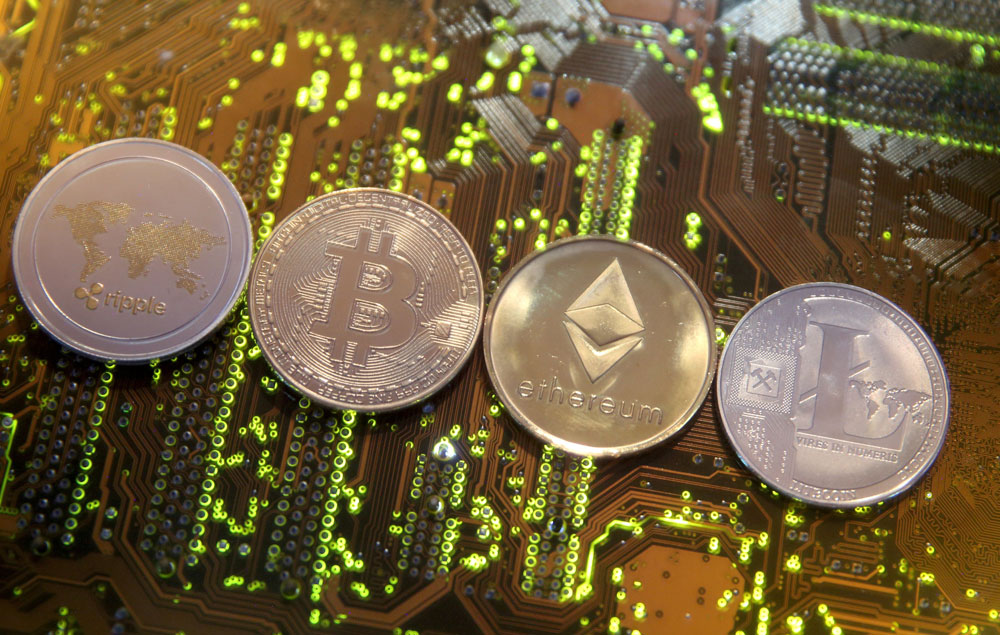 The Ripple, Bitcoin, Etherum and Litecoin virtual currencies on a PC motherboard. China is the world’s largest market for computer hardware designed to mine bitcoin and other cryptocurrencies, even though such activities previously fell under a regulatory grey area. — Reuters photo

SHANGHAI: China’s state planner wants to ban bitcoin mining, according to a draft list of industrial activities the agency is seeking to stop in a sign of growing government pressure on the cryptocurrency sector.

China is the world’s largest market for computer hardware designed to mine bitcoin and other cryptocurrencies, even though such activities previously fell under a regulatory grey area.

The National Development and Reform Commission (NDRC) said on Monday it was seeking public opinions on a revised list of industries it wants to encourage, restrict or eliminate. The list was first published in 2011.

The draft for a revised list added cryptocurrency mining, including that of bitcoin, to over 450 activities the NDRC said should be phased out as they did not adhere to relevant laws and regulations, were unsafe, wasted resources or polluted the environment.

It did not stipulate a target date or plan for how to eliminate bitcoin mining, meaning that such activities should be phased out immediately, the document said. The public has until May 7 to comment on the draft.

State-owned newspaper Securities Times said on Tuesday that the draft list “distinctly reflects the attitude of the country’s industrial policy” towards the cryptocurrency industry.

Last week, the price of bitcoin soared nearly 20 percent in its best day since the height of the 2017 bubble, and breaking US$5,000 for the first time since mid-November, though analysts and traders admitted that they were puzzled by the surge.

The cryptocurrency sector has been under heavy scrutiny in China since 2017, when regulators started to ban initial coin offerings and shut local cryptocurrency trading exchanges.

China also began to limit cryptocurrency mining, forcing many firms – among them some of the world’s largest – to find bases elsewhere.

Chinese companies are also among the biggest manufacturers of bitcoin mining gear, and last year three filed for initial public offerings in Hong Kong, looking to raise billions of dollars.

However, the two largest, Bitmain Technologies, the world’s largest manufacturer of bitcoin mining gear, and Canaan Inc, have since let their applications lapse.

People familiar with the deals said that Hong Kong regulators had many questions about the companies’ business models and prospects.

According to Canaan’s IPO prospectus filed last year, sales of blockchain hardware primarily for crypto currency mining in China were worth 8.7 billion yuan (US$1.30 billion) in 2017, 45 percent of global sales by value.

The prospectus forecasts that sales in China would rise to 35.6 billion yuan by 2020. — Reuters