Wednesday, August 5
You are at:Home»News»Sabah»All lawmakers should have backed MA63 Bill – Dompok 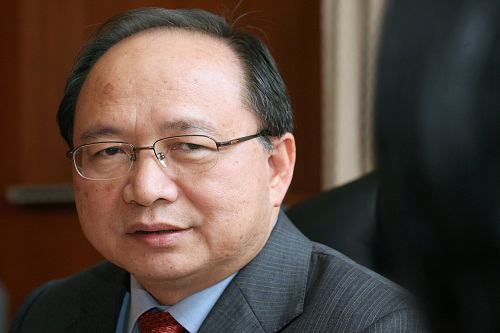 KOTA KINABALU: Former Sabah Member of Parliament Tan Sri Bernard Dompok is of the opinion that the amended Bill to restore the status of Sabah and Sarawak as equal partners with Peninsular Malaysia should have been supported by lawmakers.

He said this was because the Government had done what it was supposed to do with regard to bringing Sabah and Sarawak’s position to what it was before 1976.

The former Sabah Chief Minister and Federal minister said this when asked to comment on the second reading of the amendment Bill to Article 2(1) of the Federal Constitution which did not obtain the two-thirds majority needed.

The amendment failed to be passed in Parliament on Tuesday (April 9) after it only got the support of 138 MPs, short of the 148 or two-thirds needed, with 59 including 19 MPs from Gabungan Parti Sarawak (GPS) abstaining from voting.

Dompok, who was met at Montfort Youth Training Centre (MYTC) in Kinarut yesterday, said that when the Bill was announced and the first draft just listed 11 states adding two more without mentioning the historical background, he was of the opinion that it was very bad.

“But of course the government then came to its senses and decided to do what they are supposed to which is in fact to bring back the position to what it was pre-1976.

To me that it was done almost verbatim so that seems the government has fulfilled its objective in bringing back what was originally in the Constitution at the time Malaysia was formed.

“So I would say therefore that what the Government had done was correct because the first one would not have been correct and you are actually changing it now (so that)  it is going back to the same. I think it deserves the support of all the lawmakers,” he said.

Dompok added, “after that then you can go into the substantive items which are what is it that we expect from this.

He pointed out that all the lawmakers or the state governments would then have to submit how they think this part of the Constitution can translate into something that people can see that the government means what they are saying and willing to go back to the position in which the formation of Malaysia is governed by MA63.

“So I think the present amendment would have been a way forward for the lawmakers to then come up with other substantive items that have yet to be talked about and agreed (on) between the parties,” he said.

When asked to comment on suggestions that the amendment to Article 1(2) of the Federal Constitution should be discussed more extensively and referred to a parliamentary select committee, Dompok replied, “I think a select committee would have been in order too.

“But what has happened now is the Government went back to put in place what was decided when Malaysia was formed. So that seems to me that the present position as was revealed on the second reading thus seems to satisfy that.

“Therefore I think (that) would have been a step when it is agreed (and) when it becomes law it provides the process for further Enactment or further discussion on how the country should move forward.

“It would have put it back to what it was in 1963 and therefore from then on you take up the remaining issues. I feel that the amended Bill on the second reading should have been supported,” he reiterated.