Monday, February 17
You are at:Home»News»Nation»Two injured in Pengerang fire and explosion incident – Police 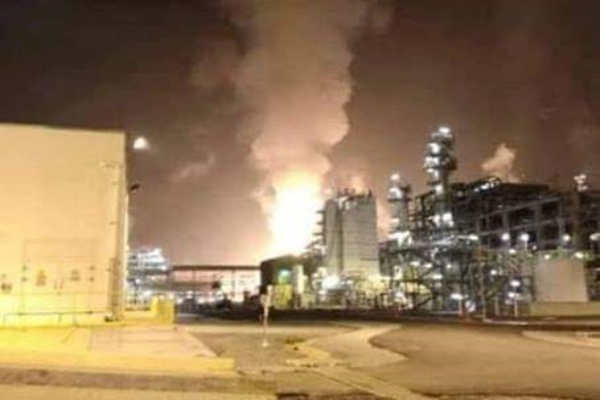 A fire erupted at one of the lots of Petronas’ Refinery and Petrochemical Integrated Development (RAPID) project site in Pengerang. Pix source: Twitter-999 Malaysia

JOHOR BAHRU: Two locals have been confirmed injured in a fire incident at one of the lots of Petronas’ Refinery and Petrochemical Integrated Development (RAPID) project site in Pengerang, near Kota Tinggi earlier today.

Kota Tinggi police chief Supt Ahsmon Bajah, who confirmed the matter, said the incident occurred at about 1.20 am.

He said an Emergency Response Team (ERT) with 30 personnel from the Pengerang RAPID Fire and Rescue Department were deployed after receiving a report on the incident.

“The fire was brought under control and extinguished by 2.15 am.

“The two victims, who worked as security guards, received outpatient treatment at the Pengerang RAPID Medical Emergency Centre,” he said in a statement here, adding that investigations were still underway to determine the cause of the incident. – Bernama