Wednesday, December 7
You are at:Home»News»Sarawak»Communities to work with SOS to protect neighbourhoods against crime, rabies outbreak 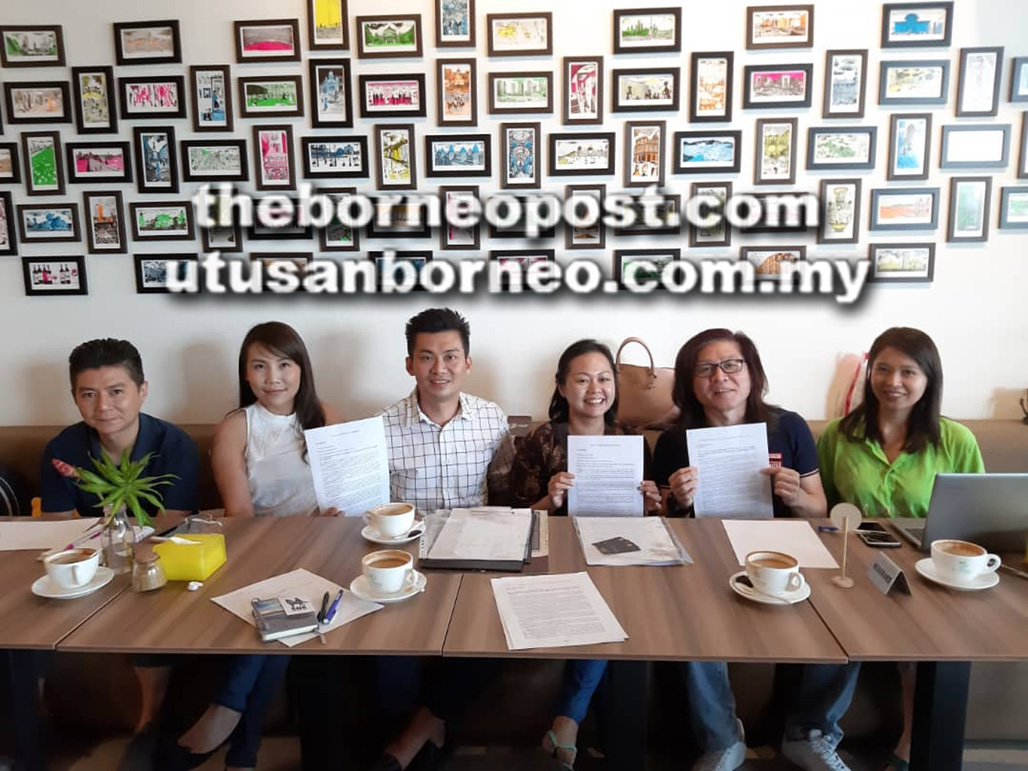 Kuan (left) with representatives from TT4, Stutong Baru and GHBG communities, as well as SOS Kuching at the press conference.

KUCHING: The communities of Tabuan Tranquillity Phase 4 (TT4) and Green Height-Borneo Garden (GHBG) have embarked on a proactive and innovative approach to protect their neighbourhoods from theft and break-ins.

At the same time, their strategy would also address current environmental health issues, including keeping rabies at bay from both humans and animals.

“For a few years now, TT4 and GHBG have had community dogs that live on the neighbourhood streets. The communities feed and care for these ‘free roamers’, which do not have specific homes, but protect the neighbourhood from strangers and potential intruders.

“They act as an alarm system for the neighbourhood, barking at unfamiliar vehicles and characters, especially during the night and in the wee hours of the morning. By doing so, they provide a sense of security to the neighbourhood,” said community vice-president Dean Kuan at a press conference yesterday.

In return, the neighbourhood learned to inculcate in themselves kindness and respect towards animals by feeding them. Recognising that these free roamers have a job to do, and respecting the sanctity of life, the TT4 and GHBG communities have decided to work with Save Our Strays (SOS) Association Kuching to vaccinate and neuter the community animals.

This helps to ensure that the animals are rabies-free and the population of free roaming animals is effectively controlled in a more humane way.

In order to create rabies-free zones, SOS has also introduced a subsidised programme that encourages pet owners to vaccinate and neuter their pets as well, said Kuan.

It is learned that international authorities, such as the World Health Organisation and those in certain countries like India and Thailand that have faced the threat of rabies, reach out to vaccinate and neuter their stray animal population.

“Here at TT4, we don’t consider the dogs here as strays, but we see them as community dogs that are a part of our community because they do recognise the people who live here and they protect our neighbourhood from break-ins. In fact, when they bark, we will take it as a warning and quickly check to see that all is alright in our neighbourhood.”

The community believe that the vaccinated and neutered community dogs would act as a first line of defence against the spread of rabies. Dogs guard their territory, and if removed, other dogs would come and take their place. These other dogs could carry diseases and cause trouble.

“We would rather have an immunised group of community dogs that we know them and they know us, and we are more than willing to do annual booster vaccinations for them, with the aid of supportive authorities. The neutered dogs will no longer reproduce, thereby controlling the population of free roamers.

“This is what the science has shown, and we want to show that TT4 and GHBG are progressive, well-informed communities who are willing to work with the authorities to neuter and vaccinate our community dogs. We hope to prove that this would work so that other communities in Kuching could try it out as well. This is the way towards a society that is well-informed, sophisticated and humane.”

Kuan said they hope to achieve 100 per cent vaccination rate for pet dogs and cats as this is the cheapest and most effective method. He also encouraged all pet owners to do the same as neutered pets are usually friendlier and better behaved.

The communities of TT4 and GHBG would launch their project with SOS Kuching next month.

“We also want to prove that this known and proven international method is the best way to curb stray population and to build an immunity barrier for the safety of human and animals within our communities.

“We encourage other community groups to understand and participate in this programme as well. Do approach SOS Kuching if you wish to conduct a similar programme in your community and we are willing to share our experiences with you,” Kuan added.