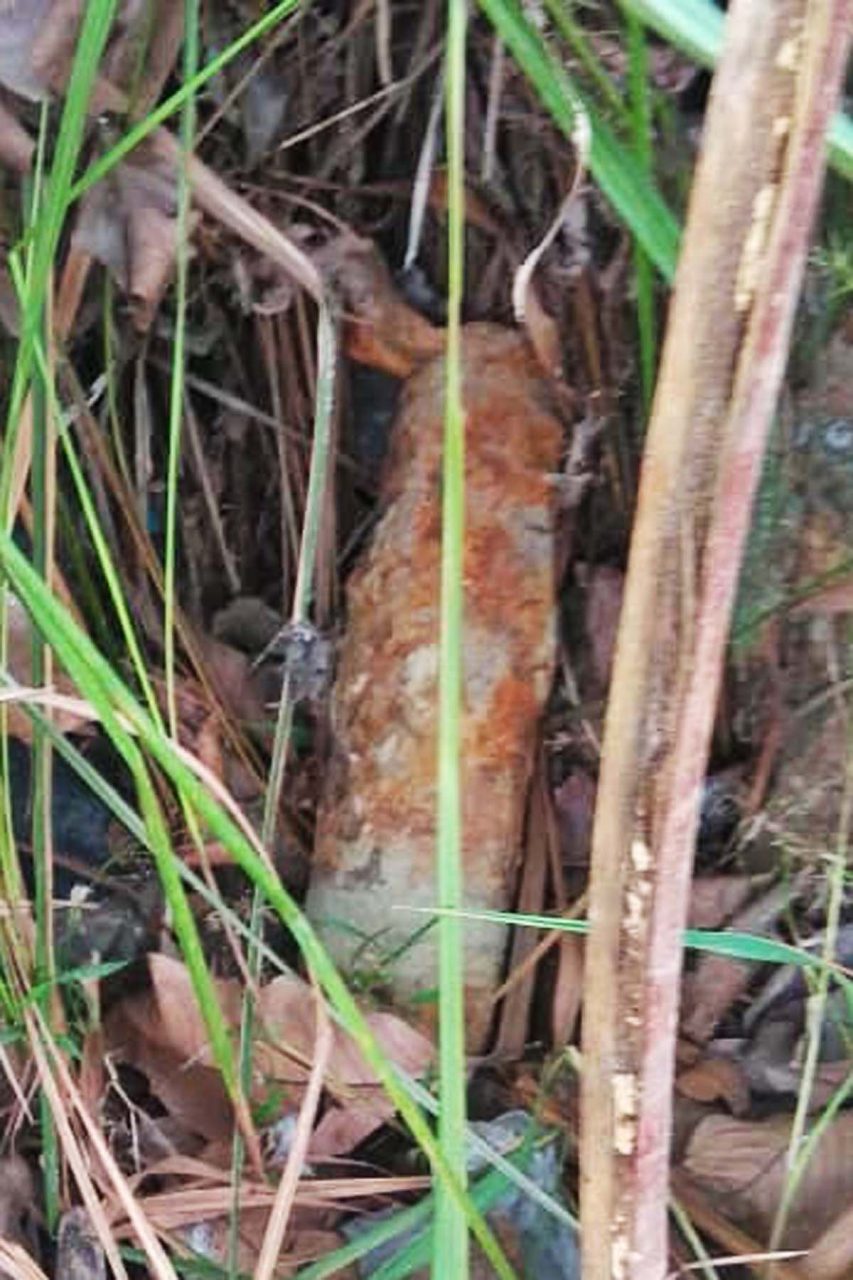 The World War II bomb that was discovered at a graveyard at Kampung Lodou in Pulau Gaya.

KOTA KINABALU: A rusty live bomb, believed to be from World War II, was discovered at a graveyard at Kampung Lodou in Pulau Gaya on Friday.

Acting city police chief Superintendent George Abdul Rakman said the discovery was made by a villager around 5pm on April 12.

“The bomb is about 13 inches with a circumference of 12 inches.

“A bomb squad from bomb disposal unit of the State Police Headquarters successfully detonated the bomb around 11.30am today (yesterday),” said George, adding that no untoward incident was reported.

In January this year, a World War II bomb was discovered at SJK(C) Lok Yuk in Kudat forcing the school to be closed temporarily.