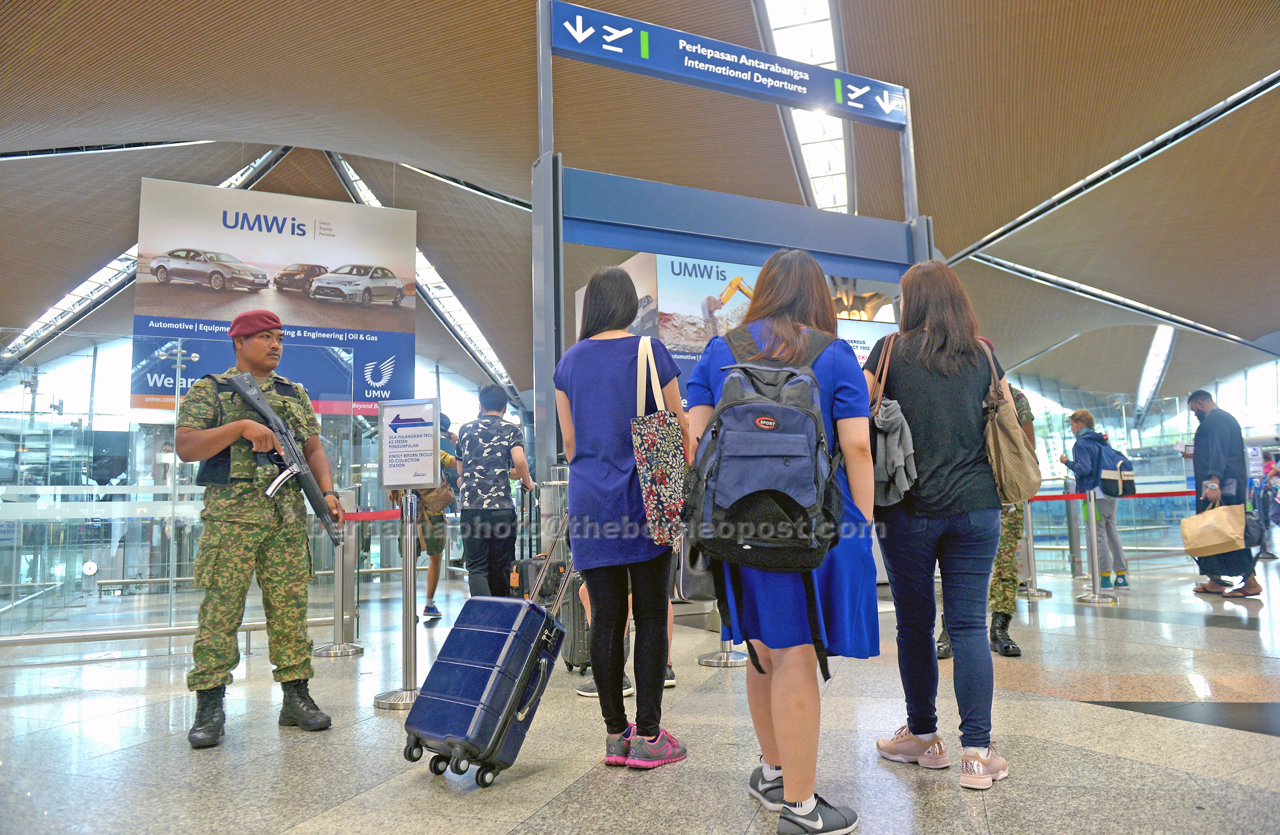 The departure levy would reduce the number of international air passengers departing Malaysia of up to 850,000 per year. — Bernama photo

KUCHING: The proposed departure levy for anyone flying out of the country via Malaysian airports has analysts concerned over Malaysia’s competitiveness in the tourism industry and the passenger traffic flowing into the country.

According to a study done by the International Air Transport Association (IATA), the departure levy would reduce the number of international air passengers departing Malaysia of up to 850,000 per year.

This would decrease the aviation sector’s Gross Domestic Production (GDP) growth contribution by up to RM1.7 billion.

Notwithstanding this, the impact towards MAHB’s passenger service change collection would decline by roughly RM46.7 million, which is only less than one per cent of MAHB’s revenue estimates for FY19 and FY20.

Based on MIDF Amanah Investment Bank Bhd’s (MIDF Research) analysis, countries such as Thailand, Australia and Hong Kong which have imposed departure levies did not experience a decline in passenger traffic.

“While international departures took a dip in 2008 and 2009, this was mainly attributable to the political turmoil faced by Thailand during that period which adversely affected tourism sentiment.

“Later in 2010, international departures rebounded by eight per cent y-o-y, thus muting the impact from the hike in Thailand’s departure tax. Hong Kong too saw limited impacts from a hike in departure tax.”

Meanwhile, the government of Hong Kong has been imposing the Air Passenger Departure Tax (APDT) since 1983 at an initial amount of HK$100.

“Despite the 50 per cent increase in APDT during that period, the number of air departure passengers jumped 35.3 per cent y-o-y from 13.3 million to 18 millionin 2004, increasing the amount of tax revenue by around 80 per cent.

“This demonstrates the limited effect from an increase in the APDT towards the number of departing passengers from Hong Kong.Impact to MAHB to be limited even after considering IATA’s analysis.”

On how the government would likely implement the departure levy, MIDF Research proposed two possible scenarios.

“The first scenario is that the international departure levy may be collected at airports for passengers who purchased flight tickets prior to the implementation date,” it suggested. “Meanwhile, tickets bought post-implementation date will already have the levy priced in the airfare.

“Another scenario would be an exemption for passengers leaving on or after the implementation date using an air ticket issued/purchased before that date. The latter scenario has already been adopted by Japan for its 1,000-yen departure tax effective January this year.

“Therefore, we strongly believe that the latter would be taken into consideration by the government for the implementation of the departure levy.”

MIDF Research opined that the second scenario could possibly boost ticket bookings in the short term.

“Assuming the second scenario will be adopted by the government with the announcement made one or two months before the effective date, we believe that ticket bookings will be boosted in the short term.

“This is due to the fact that passengers would want to avoid paying the departure tax levy before the implementation date. As for a longer time horizon, we believe the impact of the departure levy on passenger traffic is still contained as the amount makes up a small portion of the total airfares for international destinations in general.”