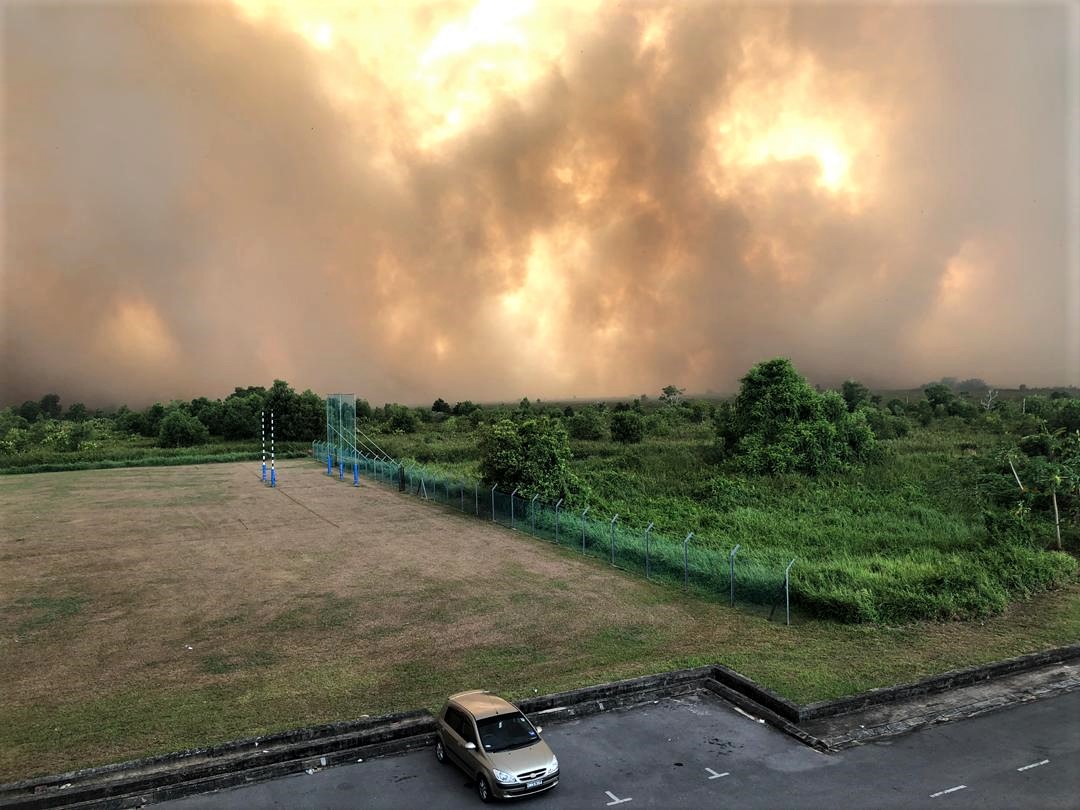 The peat fire continues to burn out of control in Kuala Baram. Photo courtesy of Bomba

MIRI: The blaze that is currently affecting over 100 hectares of peat soil forested areas as well as farmlands in Kuala Baram here is still going strong, causing the air quality in and around the area to deteriorate rapidly.

Miri Fire and Rescue Station (Bomba) chief Law Poh Kiong said the situation had worsened due to open burning done to clear the land along with the lack of water sources to douse the flames.

“Despite the rain this morning, the fire is still very difficult to control because of the dry peat soil and the strong winds causing it to spread very easily and it is now nearing Curtin University Malaysia campus at Senadin.

“Our helicopter has just arrived from Sabah and we are going to carry out ‘water bombing’ to help control the fire,” he said when contacted by The Borneo Post.

Water bombing is an aerial firefighting strategy that involves releasing large quantities of water from a helicopter or plane to combat wildfires.

Meanwhile, the Department of Environment on its website said the API reading remains moderate at 97 as of 3pm, slightly lower than the unhealthy readings of 103 as at 8am today.

When contacted, State Natural Resources and Environment Board (NREB) Miri officer Joseph Oyo also revealed that the open burning at the estate or plantation was illegal.

“We have not issued any permits since March to any plantation in Miri to conduct open burning. So such open burning is conducted illegally and we are investigating and will not hesitate to take legal action,” he said.

Open burning without a permit from the NREB is an offence pursuant to the Natural Resources and Environment Ordinance (NREO), 1993: Section 30(1)(a) — Any person who carries out or causes or permits to be carried out open burning of refuse or other combustible materials on any land without written permission of the Controller can be liable to a fine of RM20,000 and imprisonment for three years.