Tuesday, July 7
You are at:Home»News»Sabah»Villagers appeal for cancellation of Kaiduan dam project 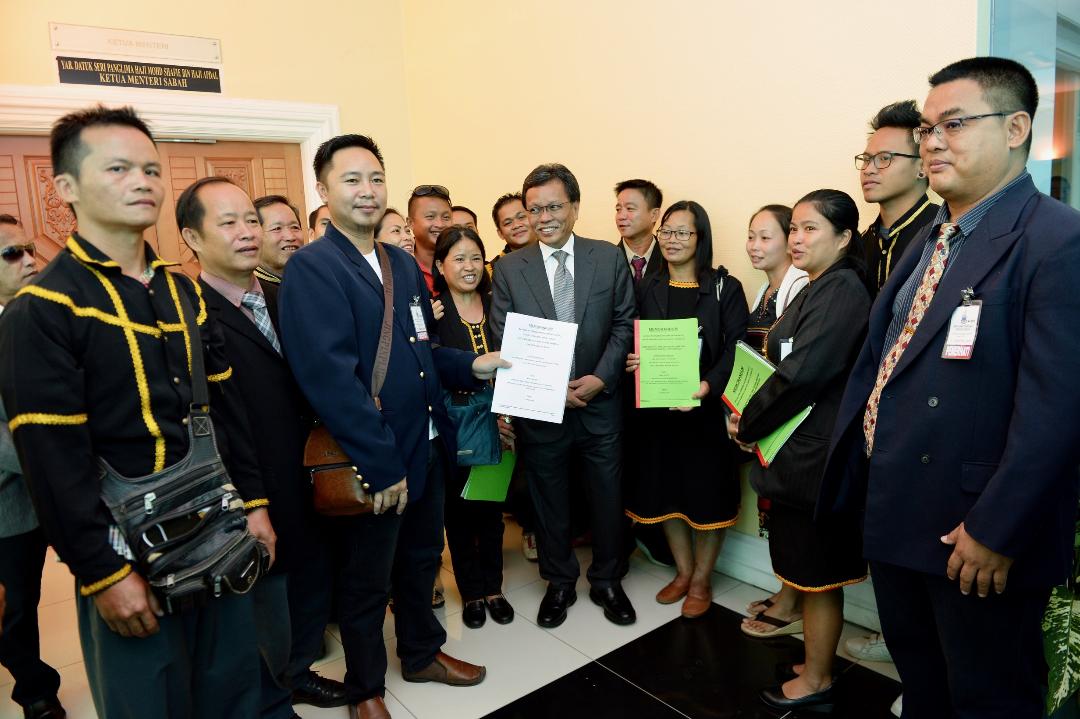 Shafie receiving the memorandum from the representatives of the affected villagers who came to see him to stop the Kaiduan dam mega project.

KOTA KINABALU: Twenty-five people, including village heads from the villages that would be adversely impacted if the Kaiduan dam project were to proceed, met with Chief Minister Datuk Seri Panglima Shafie Haji Apdal to hand over two memorandums appealing for cancellation of the dam mega project.

“We hope that the project will be cancelled, and that the government will consider the alternatives that we have mentioned in the memorandums,” she told the Borneo Post when contacted last night.

She added that the villagers who were present were disappointed because the alleged person who provided them with the technical solution that would serve as an alternative to the mega project decided to remain quiet and did not side with the villagers.

“We are disappointed,” she said, adding that the person concerned was also present when they met with the Chief Minister.

Diana also reminded that building such a mega project would cause the destruction of biodiversity as well as the livelihood of the people who were affected.

“We were hoping for better infrastructure, such as better road and bridges that would enable us to improve our lives economically,” she said.

With regards to their conversation with Shafie, she said the Chief Minister had aid that the government is listening to the people and that he does not want the issue to be politicised.

Previous ArticleSabah can set water tariff without ministry’s support – minister
Next Article 1,740 PPRT houses to be built in Sabah in 2019