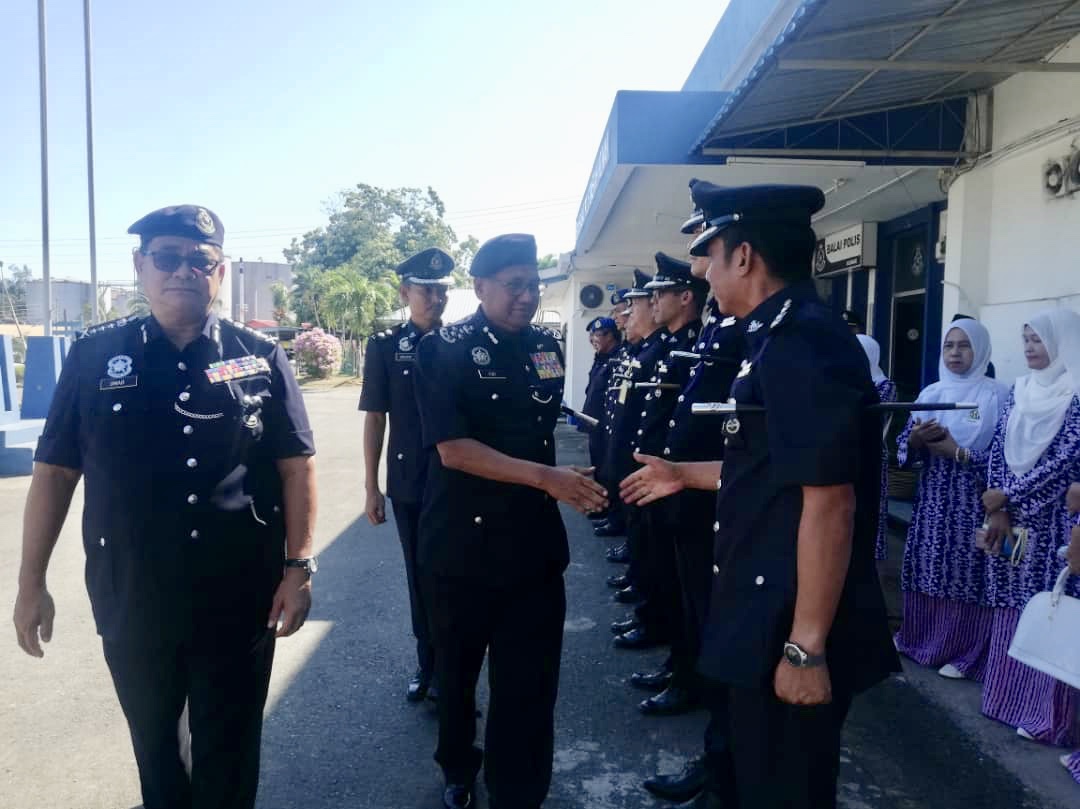 Fuzi with Omar (left) meeting with officers and members of Kunak police headquarters.

KUNAK: The United States government’s decision to list Malaysia on a list of countries at risk of kidnapping and hostages (K) is seen as baseless as security in this country is under control.

Inspector general of police Tan Sri Mohamad Fuzi Harun said Malaysia should be listed out from the list as Malaysia always gave serious attention on security.

He said Malaysia was also always in a ready state to face any eventuality and worked with other security agencies to control  security.

He said this in response to the decision of the United States in listing Malaysia in the K indicator which was announced in the Travel Advisory on April 9.

Fuzi when met during his working visit to the Kunak police headquarters yesterday, also disclosed that continuous discussions and monitoring as well as operations were being held to track if there are any remaining individual(s) linked to terrorism in the state.

He said the police were always in control of security to restrict  entry and ensured this country would not become the transit destination for terrorist groups.

“Security, especially in this state, is under control following the operations and efforts undertaken by the security forces,” he added.

During his visit, Fuzi was accompanied by Sabah police commissioner Datuk Omar Mammah.