Tuesday, July 7
You are at:Home»News»Sarawak»Divers clear ‘ghost nets’ to save coral reefs off Miri shores 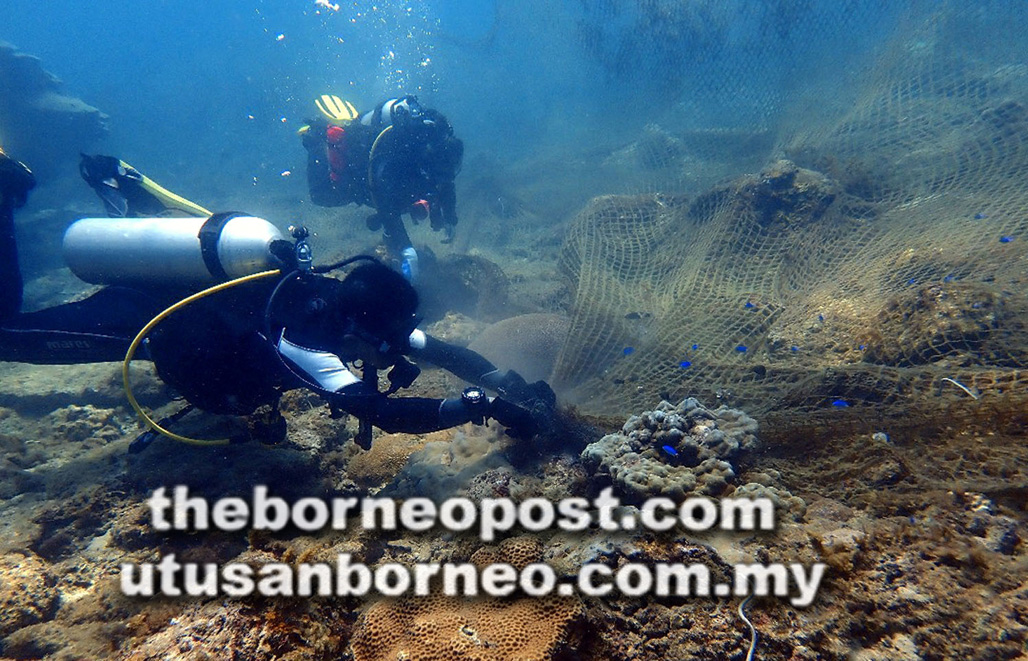 Divers clear the nets during the operation.

MIRI: A special team of divers from Borneo Ghost Nets Hunter carried out an operation Wednesday to save precious coral reefs off the shores of Miri from being further damaged by trawling nets.

Team founder and leader Iqbal Abdollah said during the two-hour operation, the six divers managed to remove 84kg of nets measuring about 50 metres.

“Fishing nets and other gears that are lost at sea are hazardous to the ocean and its marine ecosystem.

“These nets have totally killed the coral reefs that were covered by algae, due to entanglement
with shallow reefs at depths of less than eight metres. Bad algae at this depth has grown so much and has blocked the needed sunlight for the coral reefs to do photosynthesis, thus killing the coral reefs.

“There are approximately another 200 metres of nets still underwater that could harm marine life and kill the coral reefs,” said Iqbal in a statement yesterday.

He added a second mission will be held on May 5, organised jointly with Northern Sarawak Journalists Association (NSJA) and Fire and Rescue Department.