Tuesday, August 9
You are at:Home»World»N. Ireland police arrest two over murder of journalist 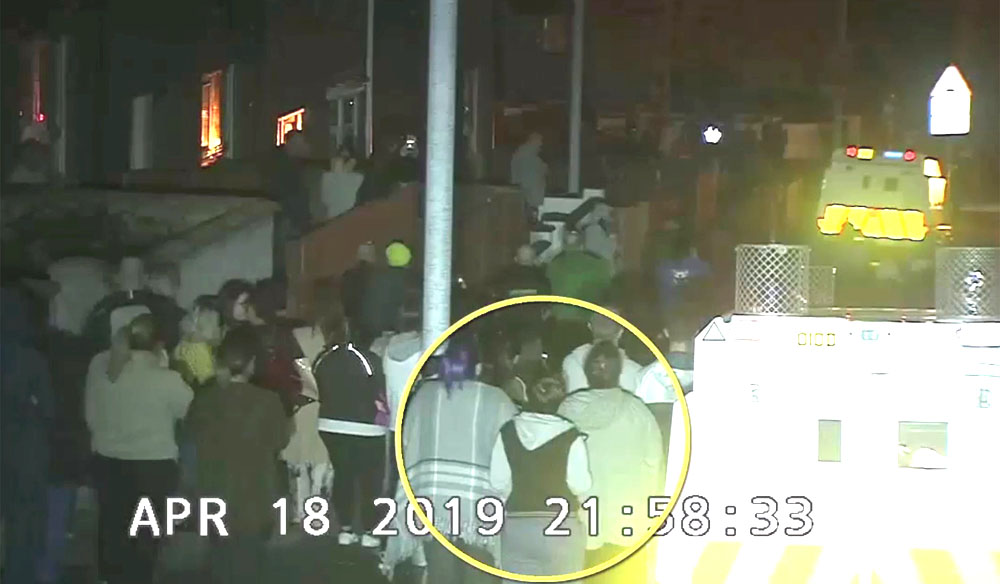 A still image taken from CCTV video footage released by the Police Service of Northern Ireland (PSNI) shows journalist Lyra Mckee (centre) highlighted observing violent disorder during which she was shot dead in the Creggan area of Derry (Londonderry) in northern Ireland on the night of April 18, 2019. 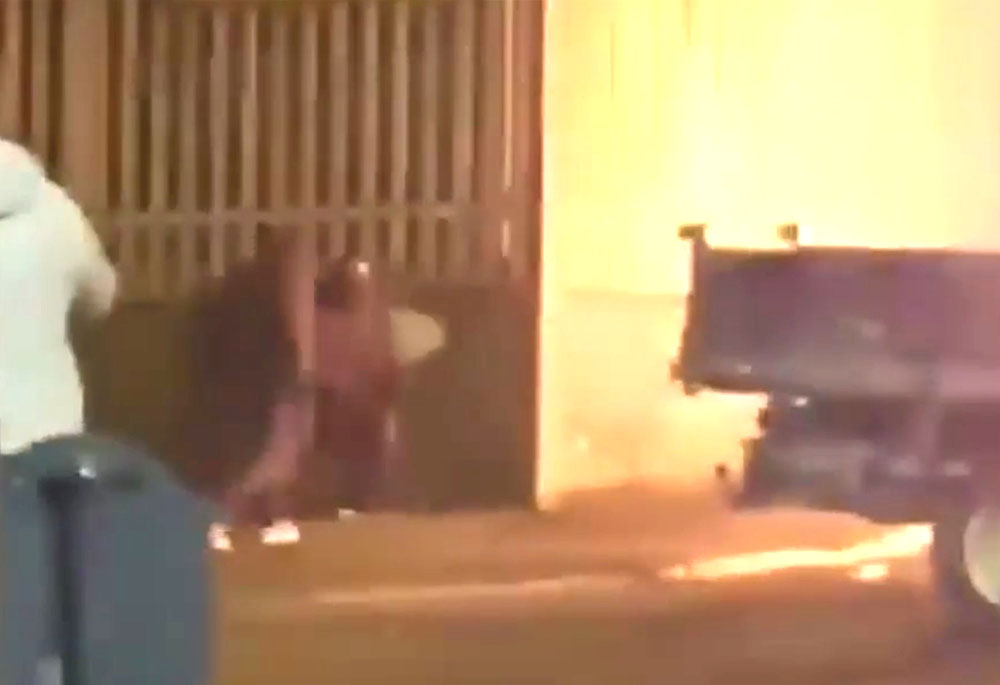 A still image taken from CCTV video footage released by the Police Service of Northern Ireland (PSNI) shows two people in dark clothing with their faces covered in a scene of the violent disorder. — AFP photos

LONDONDERRY: Two men have been arrested in connection with the killing of Northern Irish journalist Lyra McKee during a riot in Londonderry on Thursday, police said, as politicians in the divided British region united to condemn the attack.

McKee, an award-winning 29-year-old journalist who was writing a book on the disappearance of young people during decades of violence in Northern Ireland, was shot dead as she watched Irish nationalist youths attack police following a raid.

“Major Investigation Team detectives have arrested two men, aged 18 and 19 under the Terrorism Act, in connection with the murder,” the Police Service of Northern Ireland said in a statement.

Northern Ireland’s political parties, which are broadly split between Irish nationalists aspiring to unite the British region with Ireland and unionists who want it to remain British, united to condemn the attack.

In a joint statement, six parties said they were “united in rejecting those responsible for this heinous crime.”

Hundreds gathered in cities across Northern Ireland on Friday to hold vigils for McKee, who was also known as an activist for lesbian and gay rights.

Politicians around the world condemned the attack, with former US President Bill Clinton saying he was “heartbroken.”

“We cannot let go of the last 21 years of hard-won peace and progress,” Clinton, a key player in the 1998 Good Friday Agreement peace accord, said on Twitter.

The 1998 deal largely ended three decades of violence in the region, in which over 3,600 died, but several smaller militant groups remain active and launch occasional attacks.

Police said they believed the shooting was likely carried out by the small New IRA group of “dissident” Irish nationalist militants opposed to the Good Friday deal.

The group was blamed by police for planting a car bomb outside a courthouse in Londonderry in January.

Politicians in Northern Ireland have also warned that Britain’s plans to leave the EU could also undermine the peace deal and that any return of restrictive infrastructure along the Irish-Northern Irish border would become targets for militants.

Michel Barnier, the EU’s chief Brexit negotiator, said the peace accord had to be preserved.

“The tragic murder of Lyra McKee is a reminder of how fragile peace still is in Northern Ireland,” he said.

Saoradh, a political party with links to dissident militants, said in a statement on Friday that it understood McKee was killed accidentally by a “Republican volunteer.”

McKee was watching with a crowd of bystanders as local youths attacked police with petrol bombs and set cars on fire, video footage showed.

Police said McKee was hit when a gunman opened fire in the direction of police.

British Prime Minister Theresa May on Friday described the attack as “shocking and truly senseless.” — Reuters