Thursday, June 4
You are at:Home»Business»CIMB allocates extra RM400 mln for IT, bank operations in FY19 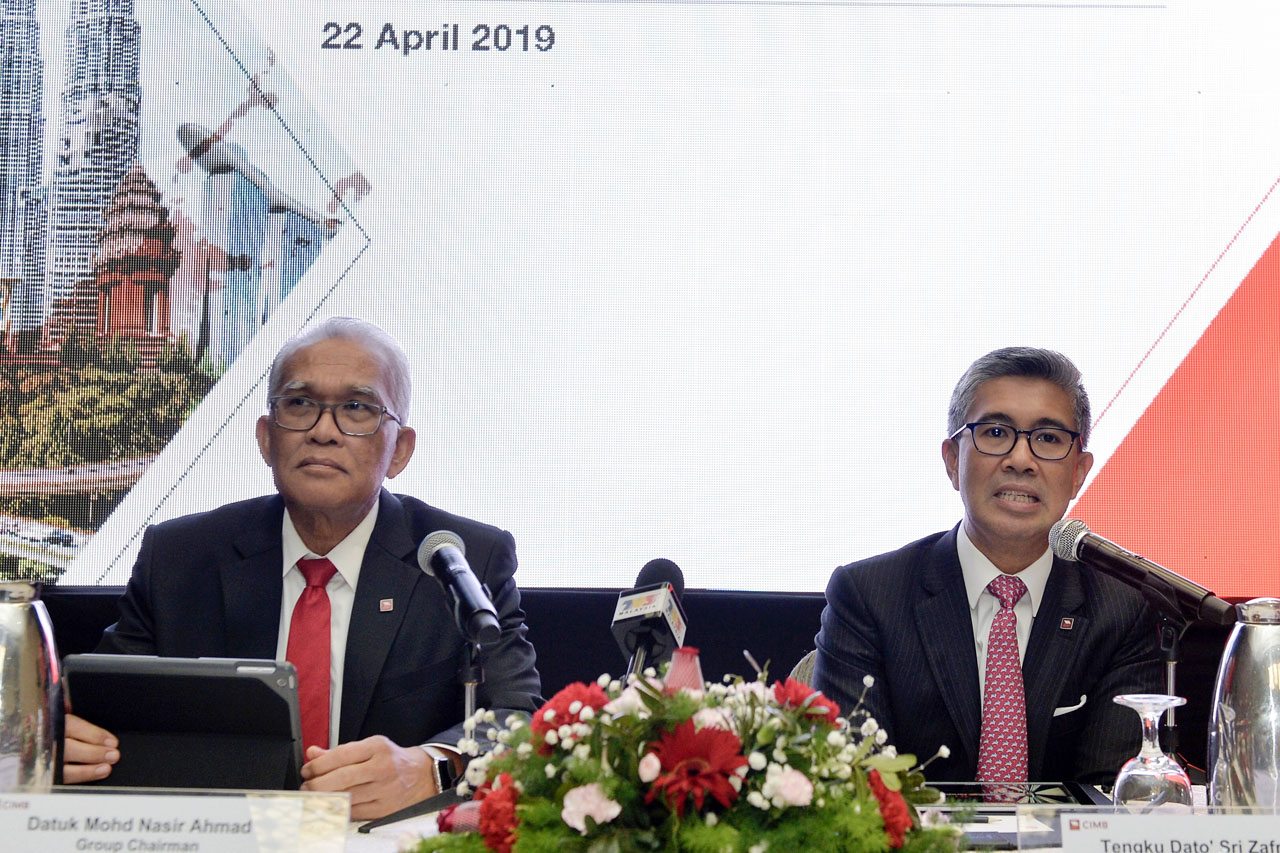 KUALA LUMPUR: CIMB Bank Bhd says it will be more aggressive in investing in information and technology (IT) and bank operations in the 2019 financial year (FY19), allocating an additional RM400 million on top of its business-as-usual (BAU) allocation valued at RM500 million.

Under the bank’s next five-year blueprint, Forward23, CIMB has set aside RM2 billion for improvement in the Technology and Data segment.

“However, (the ROE growth) would be better than 2018, and will be around 12 per cent this year,” he told reporters after the bank’s 62nd annual general meeting yesterday.

Meanwhile, commenting on the stock market, Zafrul said the bank is still upbeat on the full-year performance of Bursa Malaysia, with the bank planning for at least three initial public offering (IPO) launches this year versus none in 2018.

Tengku Zafrul said the IPO launches would be from the consumer and infrastructure segments.

“I also hope that positive announcements on the East Coast Rail Link (ECRL) and Bandar Malaysia project continuation could stimulate companies in these sectors and at the same time boost the capital market,” he added.

He noted that market correction, in terms of cash flow related to emerging markets as well as the knee-jerk reaction from FTSE Russell’s warning that it may drop Malaysian debt from the World Government Bond Index, has triggered the current capital market cash outflow.

“Performance in the bond market is still positive despite the recent sell-offs, which only happened recently, and I believe after (FTSE Russell’s) engagement with Bank Negara Malaysia, the government and players, they will have a clearer view on the country’s performance,” he explained.

He said the current situation is a normal market scenario, although he indicated that investors would remain cautious and be on the sidelines ahead of the FTSE Russell decision in September.

“They (FTSE Russell) also need to take into consideration that Malaysia’s bond market is very deep, and in the worst case scenario, if they decide to take Malaysia out of the index, there are still other benchmarks that investors should refer to, a true benchmark that reflects Malaysia’s position,” he said.

On Bank Negara Malaysia’s Overnight Policy Rate, he said contrary to market expectations, CIMB is expecting no cut in the rate.

Most market players are projecting a 25 basis point cut following the Monetary Policy Committee meeting scheduled for May 6-7.

CIMB has maintained the country’s economy growth forecast at between 4.5 per cent and 4.7 per cent this year, with the ringgit to strengthen to 4.10 against the US dollar compared with the current 4.1365-level. — Bernama