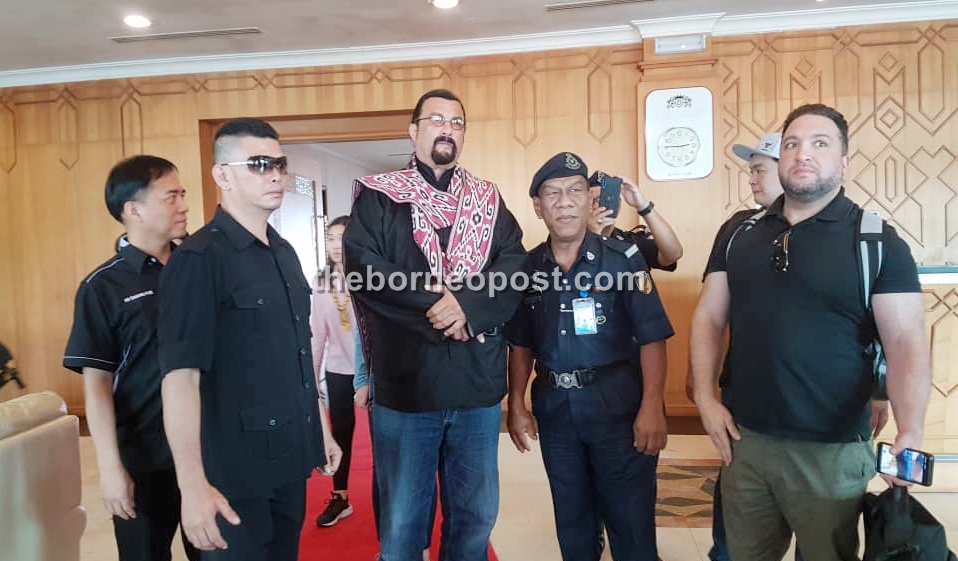 Seagal (third left) poses for a photo after his arrival at KIA.

KUCHING: Veteran Hollywood action star Steven Seagal has arrived in the state’s capital for a special appearance at the Asean International Film Festival and Awards (Aiffa) 2019 here, scheduled to be held from April 25 to 27.

Seagal arrived at the Kuching International Airport (KIA) around 2.15pm today and was greeted by Aiffa officials at the VIP terminal of the airport.

He will be here throughout the three-day festival, joining the likes of local and international celebrities such as Asean jazz queen Sheila Majid and former Asia’s Got Talent hosts Marc Nelson and Rovilson Fernandez, among others.

Born Steven Frederic Seagal, apart from being an actor, Seagal is also a producer, screenwriter, martial artist, and musician who holds American, Serbian, and Russian citizenship.

He became a household name after starring in action films such as 1988’s ‘Above the Law’ and 1992’s ‘Under Siege’.