Monday, March 1
You are at:Home»News»Sarawak»Kapit set to have air connectivity with RM100-million airport in Tunoh 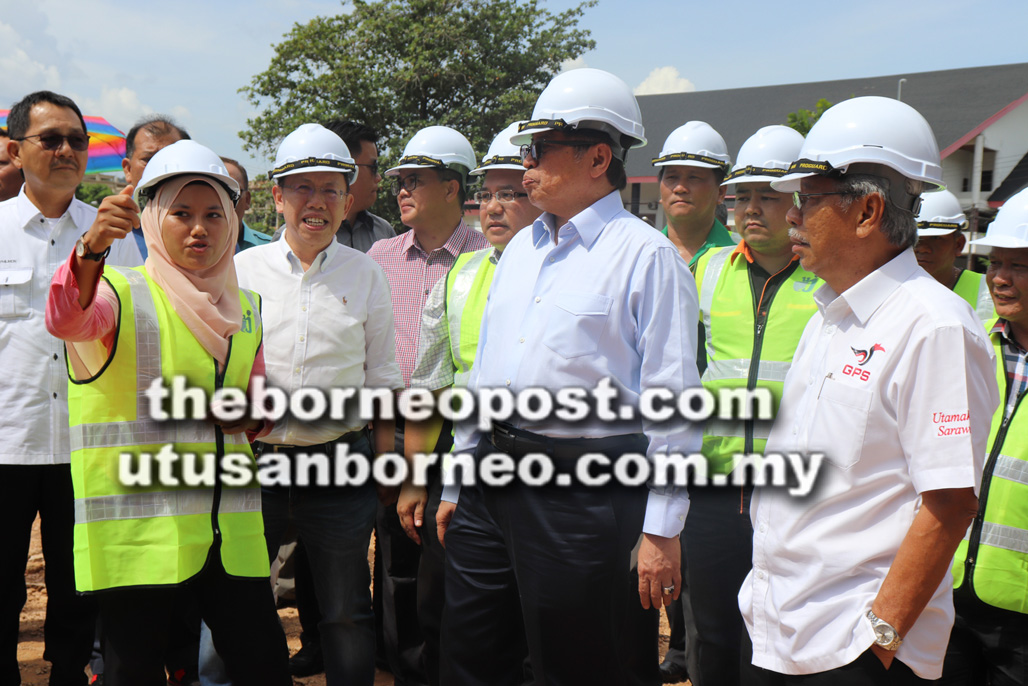 Abang Johari (front, second right) is briefed on the progress of works at Lily Pond. Flanking him are Masing (right) and Minister of Local Government and Housing Datuk Dr Sim Kui Hian.

KAPIT: Kapit is set to have air connectivity following the Sarawak government’s decision to construct a new airport in Tunoh, Bukit Mabong district.

“The airport will open up this area (Kapit) via air transport. This will give impact not only to agriculture development, but also to the tourism sector in Hulu Rajang,” he told a press conference after attending the 6th Sarawak Development Coordination Committee Meeting, here yesterday.

The project, he added, will act as a catalyst for greater development in Kapit and other areas. 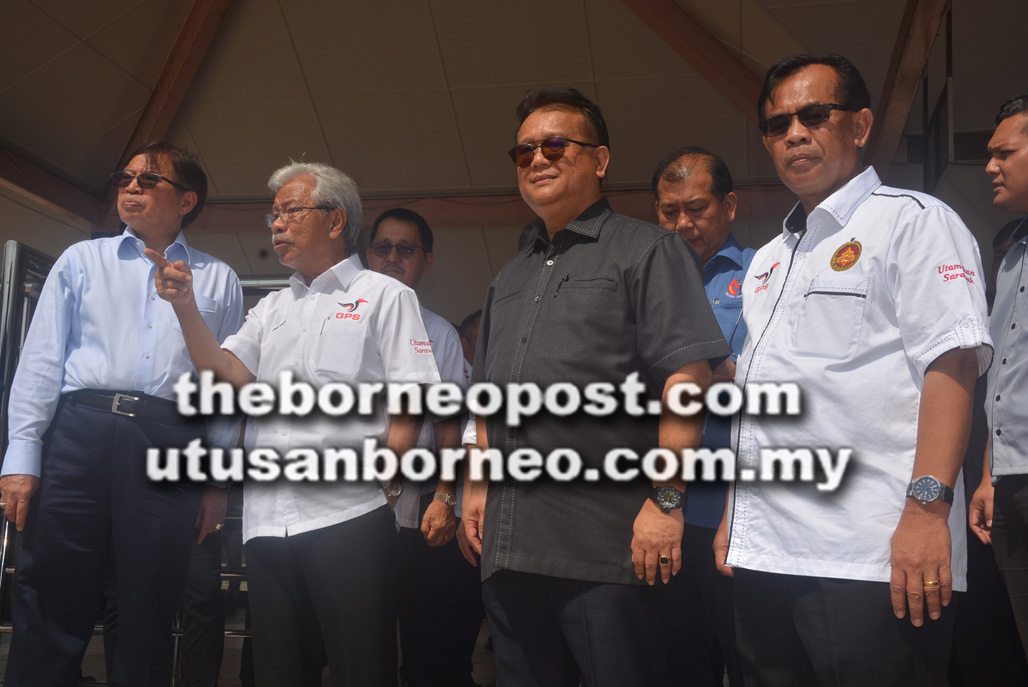 Abang Johari (left) is briefed by Masing during his visit to Kapit Waterfront, where beautification works are currently ongoing. Seen are (from right) Jamit, Nanta and others.

“Kapit in 10 years will be in the centre of development because I expect there will be roads connecting Kapit to Belaga.

“This means Kapit will no longer be remote. It will be in the middle of another trunk road that will connect Kapit to Sibu, and Kapit to Baleh and Belaga, up to Bintulu.”

Earlier, Abang Johari said a sum of RM2.7 billion has been approved to develop Kapit, out of which RM550 million is earmarked for the supply of water and electricity to the people.

He also said under the 11th Malaysia Plan, RM700 million will be spent on 51 projects in Kapit, while adding that Urda, which covers most of Kapit and some parts of Kanowit and Sibu, has been allocated RM1.5 billion. 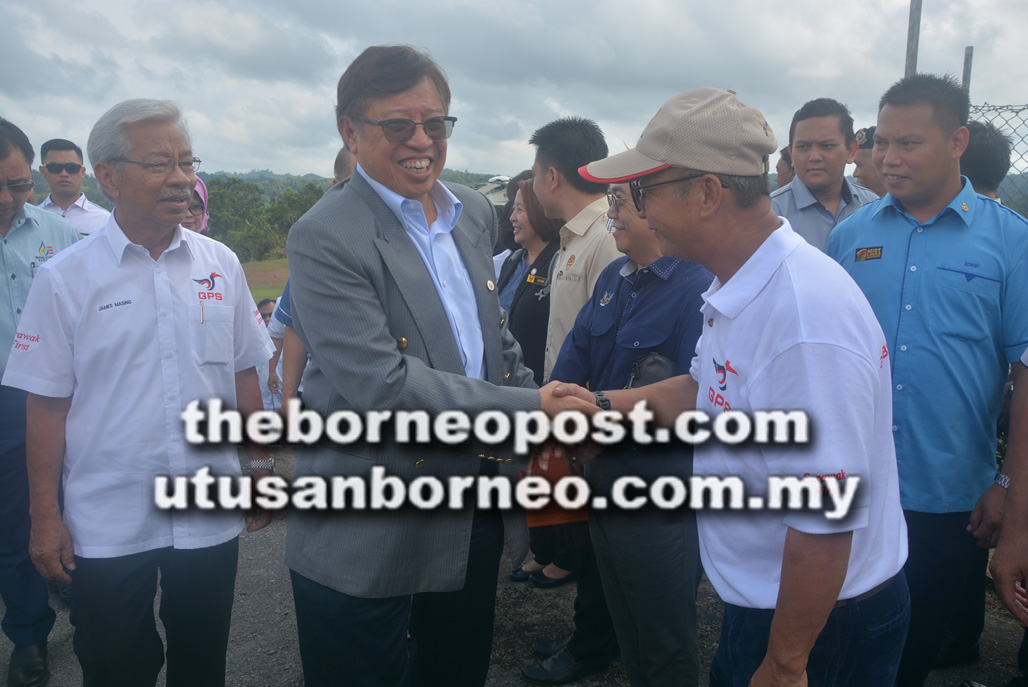 Abang Johari greets the welcoming party upon arriving in Kapit, as Masing (left) looks on.

At the same press conference, the chief minister announced assistance for the 42 units of Uma Bawang in Sungai Asap resettlement scheme that were razed by fire recently, with each unit receiving RM70,000.

“I believe the completion of these projects will help transform the urban landscape of Kapit.”

Previously, Kapit had a Short Take-Off and Landing airport (STOLport) which was discontinued in the 1990s. Since being left dormant, the STOLport runway has been used for activities such as the Gawai Dayak bazaar, funfairs and night market trading. 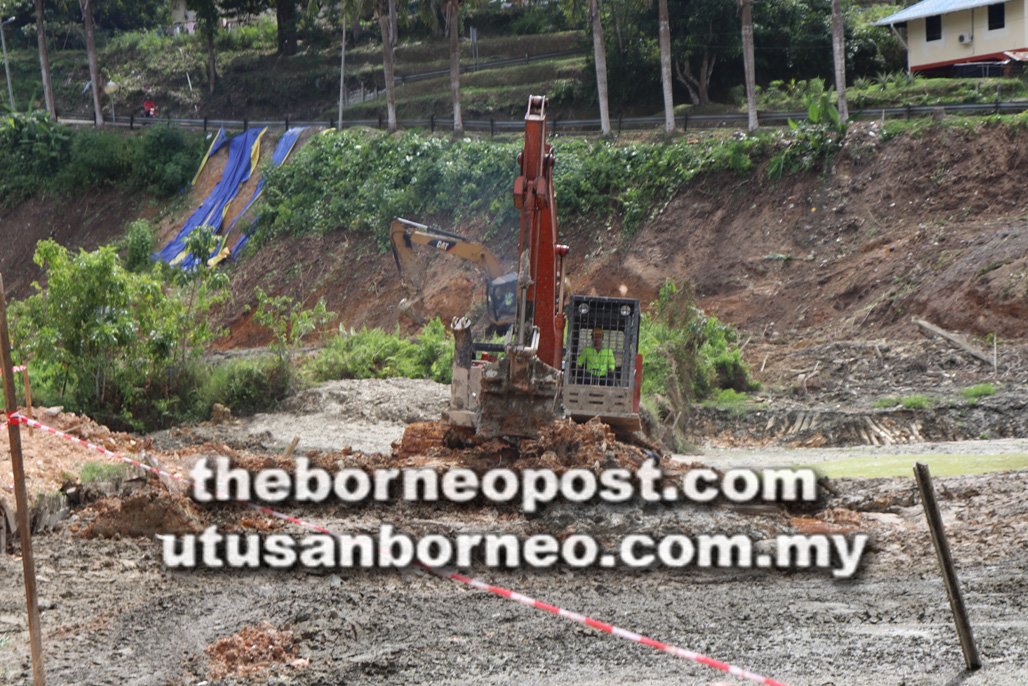 Beautification of Lily Pond is expected to complete in June next year, at a cost of RM11 million.