Friday, July 30
You are at:Home»News»Crime»PGA foils attempt to smuggle LPG cylinders to Indonesia 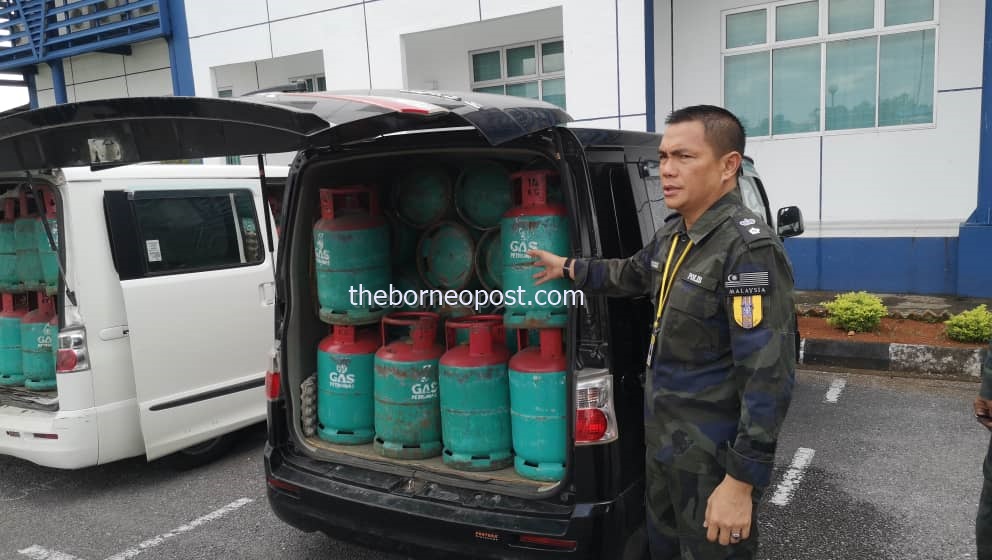 Rosdi shows the two vans with gas cylinders that were seized during the operation.

KUCHING: An attempt by three men to smuggle 102 liquefied petroleum gas (LPG) cylinders to Indonesia was foiled in an operation dubbed ‘Op Libas’ at the Serikin Immigration, Customs, Quarantine and Safety (ICQS) Complex at around 2.40pm yesterday.

“The three suspects acted suspiciously at the ICQS which led to the checks led by Insp Lokman Adli. The suspects were arrested after failing to provide any relevant documents for the gas cylinders,” said Rosdi to a press conference at the PGA headquarters in Batu Kawa this morning.

He said the total seizure. including the gas cylinders and the two vans was estimated to be around RM179,300.

Rosdi also disclosed that the two local suspects, aged 48 and 49 years old, also attempted to bribe the enforcement officers with RM10,000 to avoid being arrested and their items seized.

He said all the three suspects are being investigated under the Control and Supplies Act 1961.

Besides that, Rosdi said the two local suspects will also be investigated under Section 17(b) of the Malaysian Anti-Corruption Commission Act 2009 which carries an imprisonment of up to 20 years and fine of no less than five times the amount of gratification or RM10,000, whichever is higher, upon conviction.