Monday, March 1
You are at:Home»News»S’wak will be first to have Maths and Science taught in English in primary schools – Maszlee 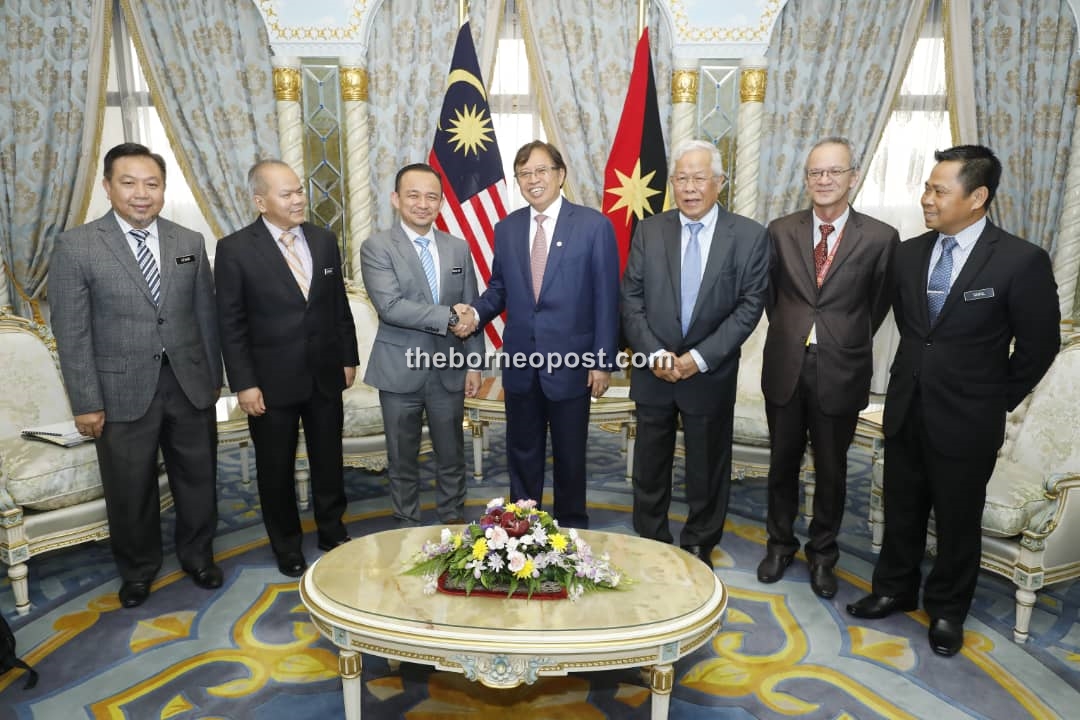 Maszlee (third right) shakes hands with Abang Johari after their meeting at the Chief Minister’s Office at Wisma Bapa Malaysia.

KUCHING: Sarawak will be the first state in Malaysia to teach Mathematics and Science in English in its primary schools soon.

Maszlee said the Sarawak state government had agreed that English will be used to teach Mathematics and Science, in line with what Prime Minister Tun Mahathir Mohamad had earlier suggested.

“The state government of Sarawak has agreed that the state will be the first to teach Mathematics and Science in English and Sarawak will help us (Ministry of Education) in implementing the system and to train teachers so that they will be able to teach these subjects in English.

“We would like to thank the state government of Sarawak for their response towards the Prime Minister’s ideas,” he said.

He said this after his meeting with  Chief Minister Datuk Patinggi Abang Johari Tun Openg at the Chief Minister’s office at Wisma Bapa Malaysia here today.

He added that the teachers will be local Sarawakians who will be trained in local institutions and universities to enable them to teach in English.

“The Sarawak state government has several initiatives with the Sarawak Education Department (JPNS) and local universities to ensure that teachers are trained to teach in English,” he said.

“To train teachers to teach in English is not that easy but it will have to start somewhere,” he said and added that the state, through its universities and institutions, have been conducting courses for Mathematics and Science to be taught in English.

“This year we have trained more than 400 teachers who have just completed their training to teach Mathematics and Science in English for primary schools.

“Some of them will become trainers in their own respective districts,” he said.

Recently, the Malaysian government has taken the middle-road approach to the teaching of Science and Mathematics subjects in English in schools, as recommended by Mahathir.

Meanwhile, the RM1billion contra repayment of Sarawak’s RM2.8 billion debt to the federal government to repair dilapidated schools in Sarawak will be a reality, as it reverts back to its original proposal.

Maszlee said the RM1 billion contra deal was still happening and details on the mechanism on how it will work will be announced at a later date.

In February, the federal government had agreed that a RM1 billion loan repayment from Sarawak would be used to repair dilapidated schools here.