Saturday, May 15
You are at:Home»News»Crime»Police arrest another suspect at KIA in Cambodian job scam investigation 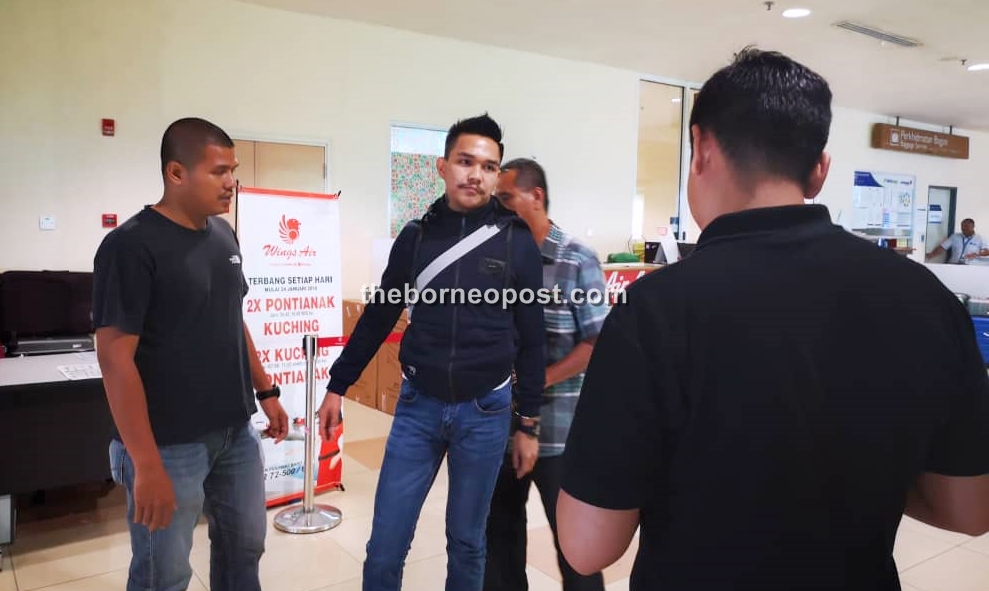 The suspect (second left)is escorted by the police at the airport terminal.

KUCHING: The Sarawak Commercial Crime Investigations Department (CCID) have arrested a male suspect at the Kuching International Airport (KIA) at 12.20pm today in connection to the Cambodian job scam.

CCID chief Supt Mustafa Kamal Gani Abdullah said the suspect identified as Mohd Ghafar Abdul Jamal, 26 from Kampung Salak, Kuching was picked up by the police at the airport’s arrival hall moments after touching down from Pontianak, Indonesia.

On March 4, Mustafa also revealed to a press conference that Mohd Ghafar was one of the three suspects who were wanted by the police under Section 420 of the Penal Code for cheating.

Following the announcement of three wanted suspects, a 24-year-old and a 31-year-old suspect have been arrested.

So far, Mohd Ghafar is the sixth suspect to be arrested in the ongoing investigations.

All three suspects are believed to be the ‘local facilitators’ for the scam, which involved 47 Malaysians (40 Sarawakians) who were detained in a Cambodian provincial jail for alleged involvement in illegal online gambling.

The victims had applied for work in Cambodia through various social media networks between October and November 2018 and even transferred a deposit into a bank account, but were unaware of the potential scam.