Friday, August 14
You are at:Home»Business»Leong Hup to raise RM275 million from IPO 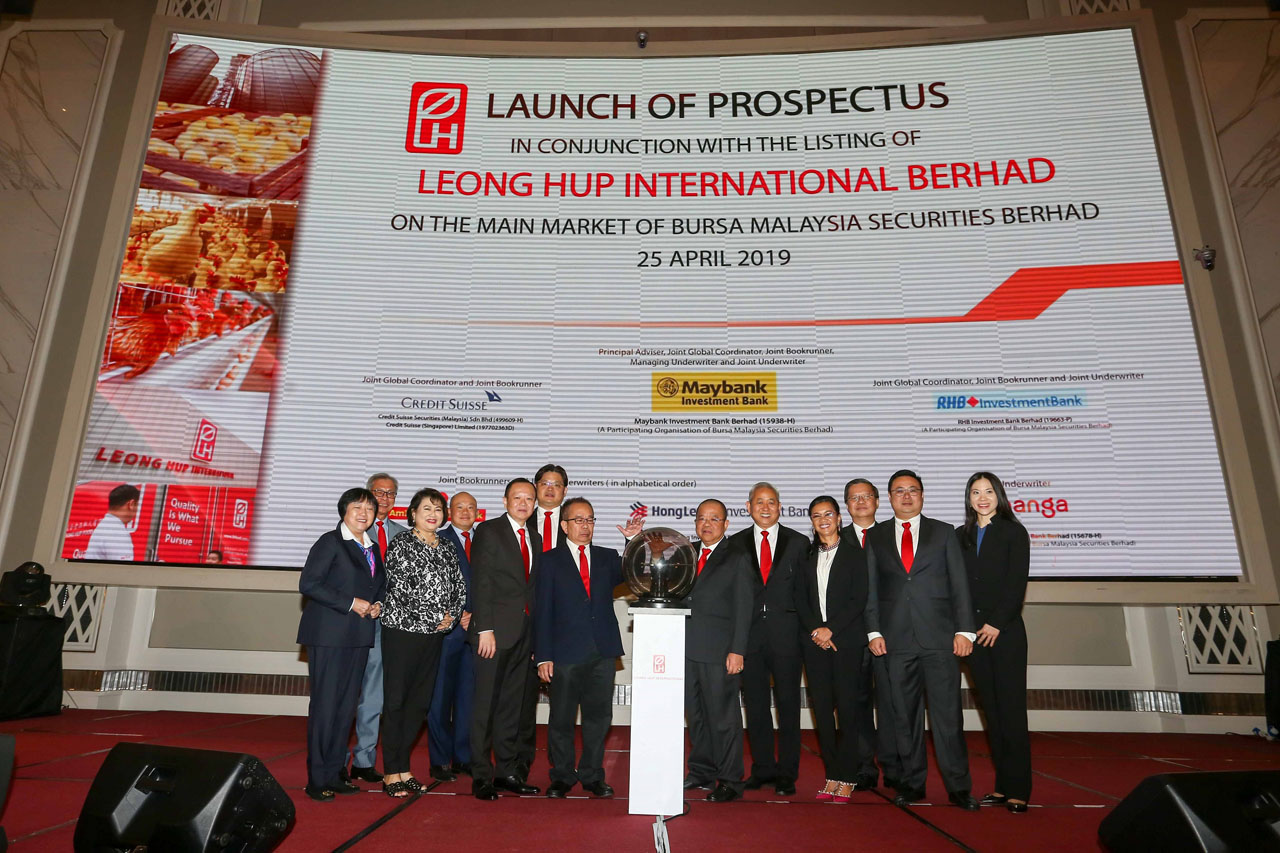 Lau (sixth left) posing for a photo with other board of directors from Leong Hup during the prospectus launch yesterday.

KUALA LUMPUR: Leong Hup International Bhd, which is making a return to Bursa Malaysia after a seven-year hiatus, aims to raise total gross proceeds of RM275 million via its initial public offering (IPO).

Executive director/chief executive officer Tan Sri Francis Lau Tuang Nguang said 75.5 per cent of the proceeds would be utilised mainly for capital expenditure to facilitate the expected growth of the company’s operations in Malaysia, Vietnam and the Philippines.

“Going forward, we will remain focused on implementing our business development strategies to ensure business continuity and growth.

“To begin with, we will further increase our visibility and presence in Malaysia, Vietnam and the Philippines,” he said after the launch of the company’s prospectus yesterday.

Leong Hup is principally involved in the production of poultry, egg and livestock feed across the poultry value chain in Southeast Asia.

In 2017, the company is the largest integrated poultry producer in Malaysia and one of the top three poultry producers in Indonesia and Vietnam, with a total production of 495.6 million day-old chicks, 1.7 billion eggs and almost 2.0 million tonnes of feed.

“In the near future, the company intends to consolidate and expand our leadership position in Malaysia and Singapore by driving efficiencies and continually improving our processes and adding capacity where possible.

“We will also continue to increase the use of our own broiler farms in Malaysia, in order to control quality and increase efficiency. We intend to replicate this approach in Indonesia and Vietnam too,” said Lau.

He added that the company planned to penetrate Cambodia in the near future.

With the listing of Leong Hup on Bursa Malaysia on May 16, it will be one of the biggest IPOs in Malaysia since 2017.

Closing for the retail and institutional offerings will be on May 3, 2019.