Saturday, December 4
You are at:Home»News»Four motions to be tabled in upcoming DUN sitting 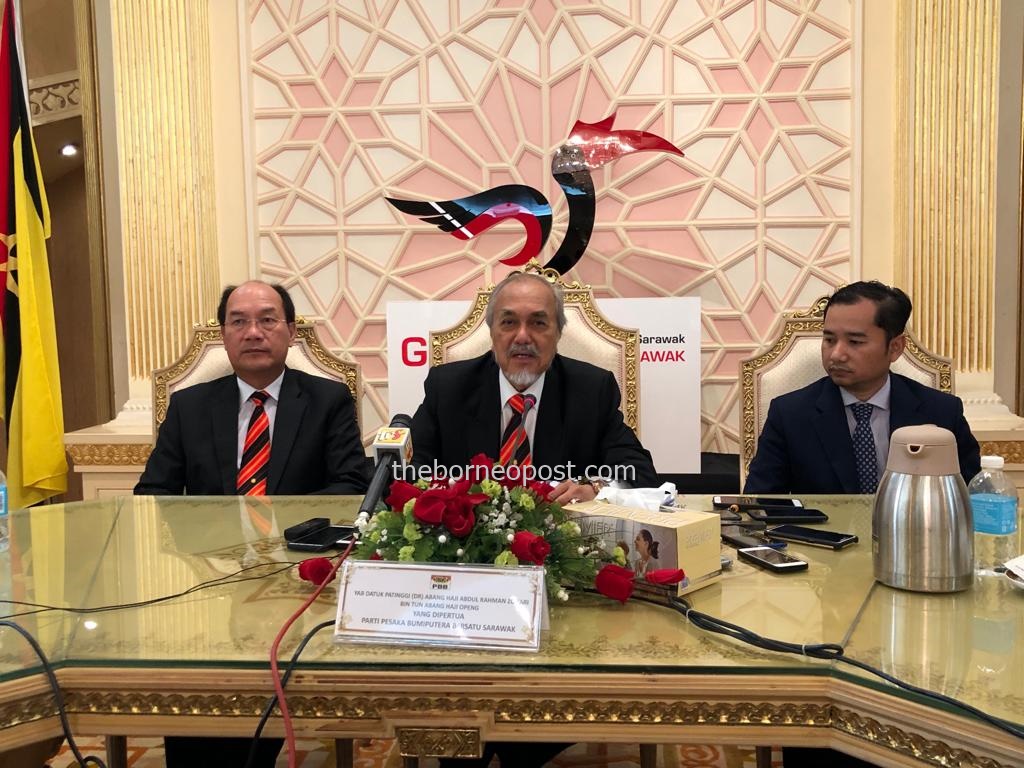 KUCHING: Two ministerial motions will be tabled at the 18th State Legislative Assembly (DUN) Sitting which starts from tomorrow until May 9.

DUN speaker Datuk Amar Mohamad Asfia Awang Nassar said the first motion is in regards to the report of DUN Committee of Privileges on Padungan assemblyman Wong King Wei over his remarks against DUN and himself (Asfia) in the last Sitting in November.

“The second motion is regarding the amendment to Article 1(2) of the Federal Constitution which will be tabled by Assistant Minister of Law, State- Federal Relations and Project Monitoring Sharifah Hasidah Sayeed Aman Ghazali.

“These two ministerial motions will be debated on April 30,” he told a press conference after the pre-council meeting chaired by Chief Minister Datuk Patinggi Abang Johari Tun Openg at PBB headquarters here today.

In addition, there will also be two Private Member’s Motion which will also be debated on Tuesday (April 30).

“The first is from Batu Lintang assemblyman See Chee How on the relocation of the High Court of Sabah and Sarawak Registry from Kuching to Kota Kinabalu while the other motion is from Pujut assemblyman Dr Ting Tiong Choon in regards to the amendment of the Federal Constitution,” said Asfia.

“The second and third readings of these two Bills will be read on May 3.”

DUN Sitting on Tuesday (April 30) marks a full-day ahead for the august House as an election of Senators will also be held then.

According to Asfia, letters have been distributed to those concerned including the opposition to present their respective candidates.

He also noted that a total of 379 questions seeking for 307 oral replies and 72 written replies will be presented during the sitting of which the Chief Minister’s Department received the highest number of questions.

Meanwhile, Yang di-Pertua Negeri Tun Pehin Sri Abdul Taib Mahmud will officiate the opening of DUN Sitting tomorrow (April 29) which kicks of with the inspection of the Guards of Honours at 9am.

“The Head of State will be accompanied by his wife Toh Puan Datuk Patinggi Raghad Kurdi Taib for the opening and after which he will be giving his address in the Dewan,” said Asfia.

Previous ArticleMalaysian tourist injured in Taiwan quake succumbed to his injuries
Next Article Beware of extremists among us, warns Uggah