Monday, March 1
You are at:Home»News»Uggah: Committee to identify urban poor Ibans in Kuching 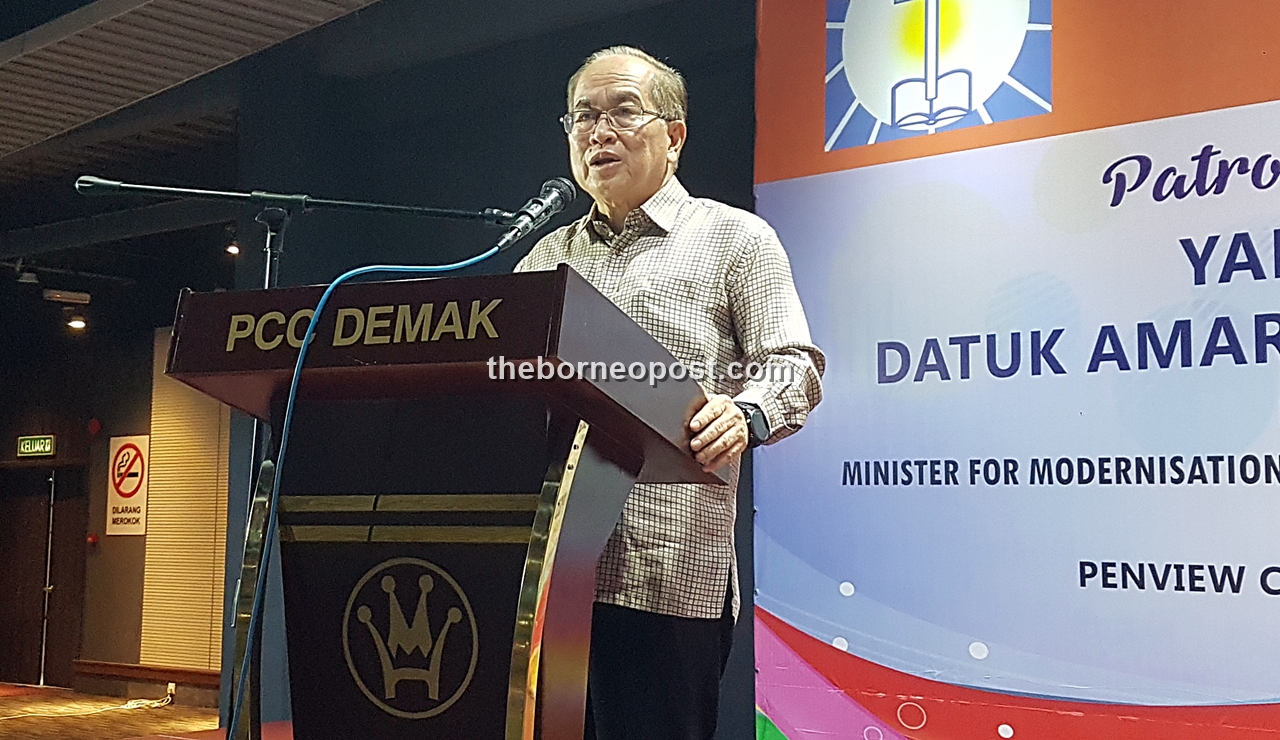 KUCHING: A committee of Iban community leaders has been formed to identify the urban poor Ibans in Kuching, according to Deputy Chief Minister Datuk Amar Douglas Uggah Embas.

Speaking when officiating a fund raising dinner hosted by the Christ Baptist Church Kuching here yesterday, he revealed that the committee is currently identifying those concerned in their respective areas.

“We have (a number of Iban community leaders) with one Temenggong, one Pemanca, seven Penghulus and a number of Tuai Rumahs who are involved in this committee. We really want them to identify those who need our help so to know their problems and how best we can help them,” he said.

One of the examples where Uggah himself witnessed poverty among the Ibans in Kuching is after a church going friend of his who was doing a most noble charity work in which his friend and a group of people will organise a gathering somewhere in Tabuan for about 100, mainly Iban children.

“These chilldren, some are truants, some have drug or alcoholism problems and some have livelihood issues. So my friend and her group will take care of them, bringing them closer to Christ in the hope they will change and can have a much better future in life,” he said.

Uggah also added that he was quite taken aback when he learnt of a voluntary food kitchen set up by an organisation that is feeding some 300 clients everyday, with many of them are the Ibans, as he did not expect this to happen in the society.

Apart from that, he also noted that many Ibans are also living in the squatters near river banks and in places close to the graveyards.

Thus, Uggah said the state government and the committee are looking at lists to come up with the appropriate action plan, apart from promoting the many facilities and and programmes from both the government and the private sectors available to help the poor.

Among the programmes available are the ones such as agriculture, education, welfare and in business start-up.