Monday, August 10
You are at:Home»News»Crime»Police nab six individuals over sale of fake MC 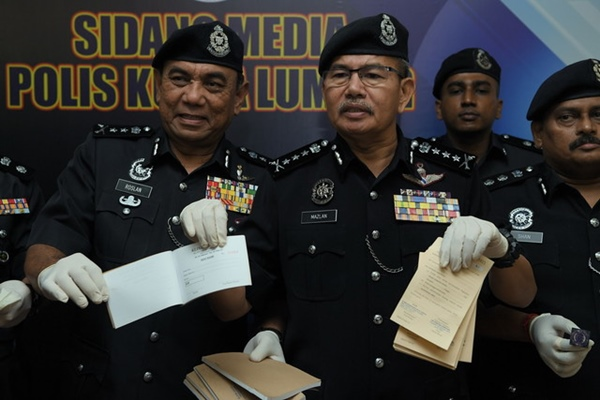 The five men and one woman, aged between 27 and 42 years, were arrested by a police team from the Intelligence Operation Division, Commercial Crime Investigation Division, Sentul police headquarters on April 22 to 27.

Mazlan said the raid was carried out after information received on April 12 from a complainant working as an assistant administrative officer at a District Health Office in the capital.

He explained that the complainant claimed to have received MCs from his two staff on April 10 dated Feb 11 and 12 from Ampang Hospital.

He also claimed that the MCs issued were confirmed false following the confirmation by the hospital because no records showed the staff had sought treatment there on that date.

Following the report, police detained two men who were civil servants before nabbing four more individuals including a woman.

“Three of the men were arrested on suspicion of being members of the group that sells fake MCs while the woman worked in a printing company that printed the fake MCs,” he said.

Mazlan said the two civil servants had been released on police bail on Tuesday while the other four were remanded until today and police would be applying to extend the remand period. – Bernama