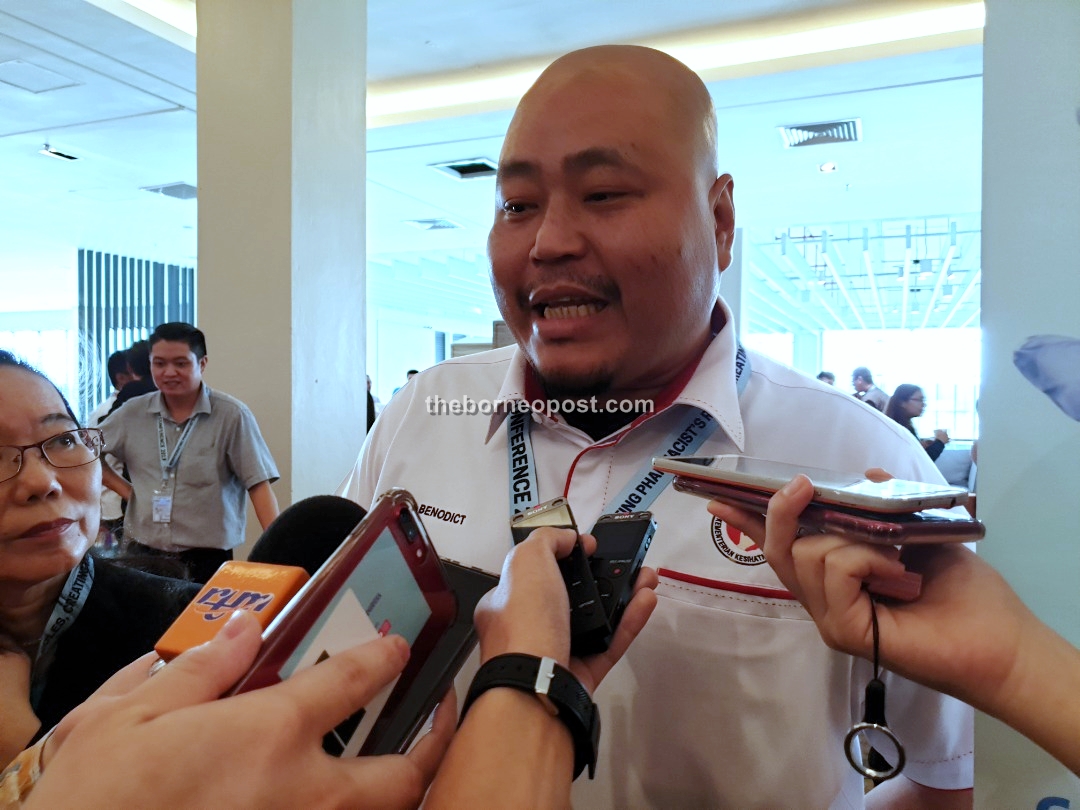 KUCHING: The Sarawak Pharmacy Enforcement Unit has successfully intercepted RM7 million worth of illicit medical drugs during an operation carried out at Senari Port here recently.

According to the enforcement unit branch chief Benodict Apok Talin, the medical drugs confiscated were of those not registered with the relevant authorities and it was believed the drugs might contain harmful substances or steroids.

Benodict said the drugs were known as traditional medical drugs from China, which are in high demand here. However, the drugs were actually manufactured at an illegal factory in Penang, he revealed.

“The drugs manufactured at the factory were meant for the local market and some of the drugs were bound for our neighbouring country, Indonesia,” he told reporters after the launching ceremony of Sarawak Pharmacy Conference 2019 at UCSI University Sarawak Campus, Jalan Keruing here today.

Benodict explained that the illicit drugs were not only sold through physical stores, but also via online shopping platforms.

“The prices charged for these illicit drugs are not cheap either, as they claimed their traditional medical drugs could ‘cure’ various illnesses among the elderly,” he said, adding that it was fortunate the drugs did not managed to penetrate the local market due to the fast action of the enforcement unit.

As for the factory manufacturing the illicit drugs in Penang, the equipment and machinery at the factory were confiscated.

It was the second incident where the said factory had been caught producing illegal products.

Previous ArticleChandran Rutnam – the man who brought Hollywood to Sarawak!
Next Article S’wak will implement teaching of Science and Maths in English in primary schools next year – Manyin