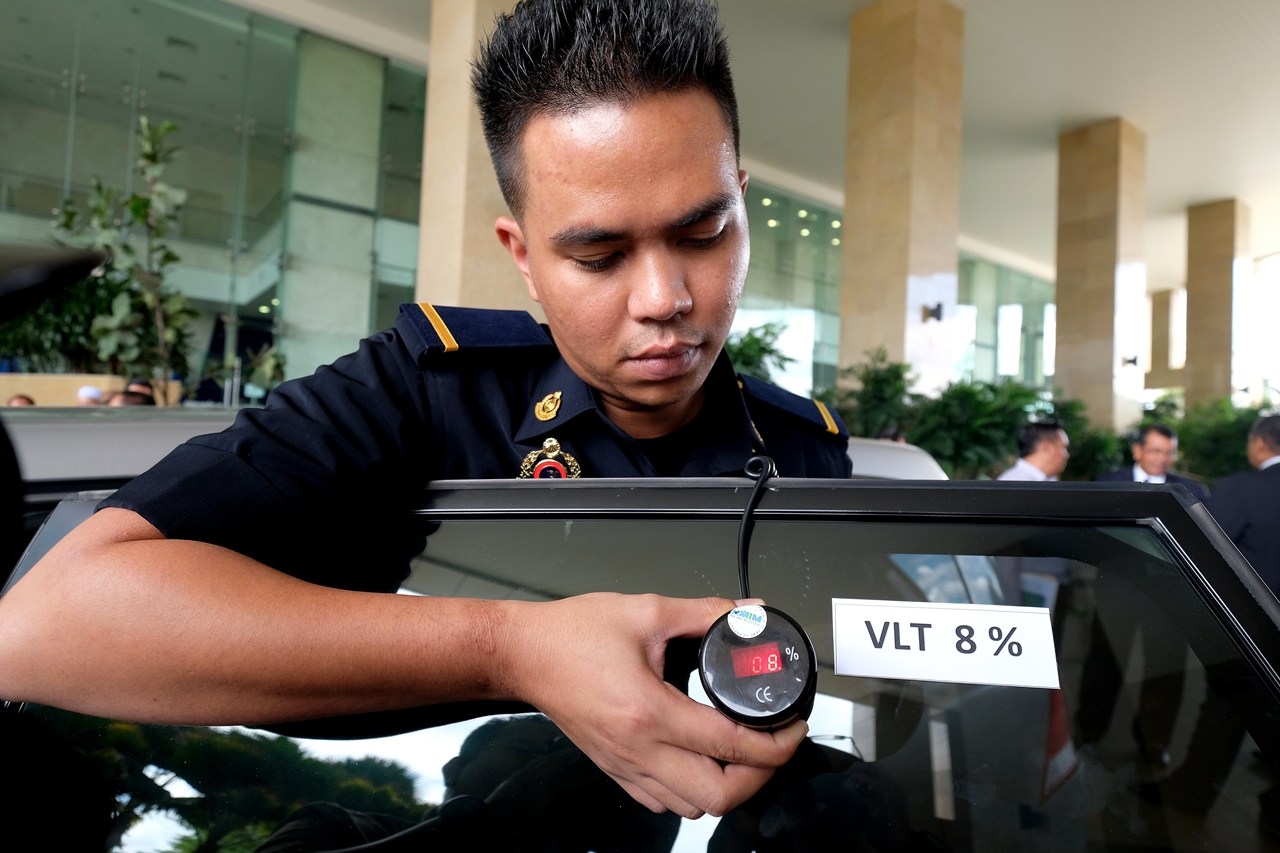 A JPJ officer uses a device to check the VLT rate on the rear window of a vehicle. The new rule will allow motorists to have tints as dark as they want on all rear windows. Bernama Photo

“This new rule applies only to private vehicles. For commercial vehicles and public transportation, the VLT rates must be 70 per cent all around,” Loke said during a press conference today.

Before the new ruling, rear car window tints had to have a VLT rate of at least 30 per cent.

JPJ has also clarified that those who wish to use darker tints for specific reasons such as medical issues or safety reasons may apply to do so.

A service fee of RM50 will be charged for each application to use darker window tints than current regulations, and once approved, they will be charged RM5,000 for the permit.

Loke added that the permit would last for two years, and would need to be renewed once it expired.

The new ruling will come into effect on May 8 around the country.