Sunday, August 7
You are at:Home»News»People are getting fed up with PH govt, says Abdul Karim 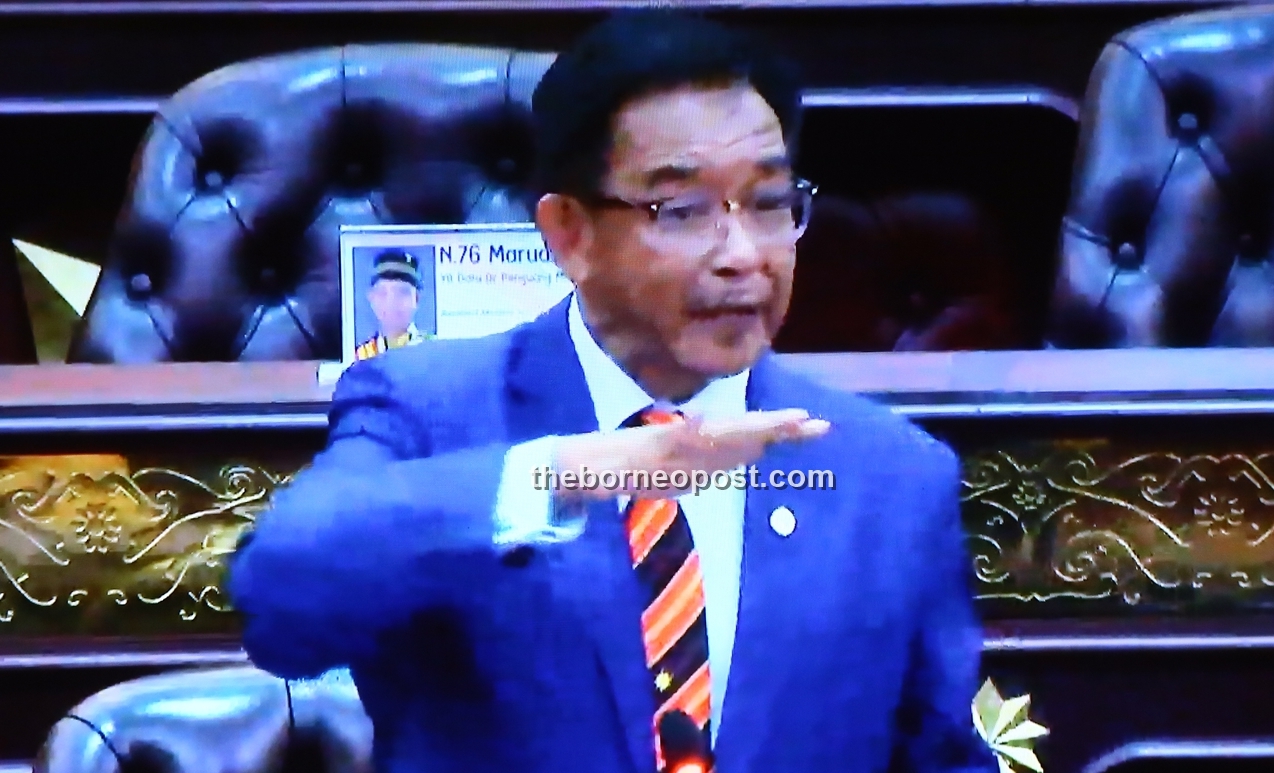 A screen grab of Abdul Karim gesturing when delivering his ministerial winding up speech in the State Legislative Assembly today.

WITH the administration of the Pakatan Harapan (PH) federal government reaching it’s one year mark, there has only been uncertainties and U-turn on policies proposed by the federal government for the past year, said Minister of Tourism, Arts, Culture, Youth and Sports Datuk Abdul Karim Rahman Hamzah.

“When reading the election manifesto of the PH coalition, there were many sweet promises being offered to Sarawak, including the 20 per cent oil and gas royalties and the return of the 50 tax revenue collected from the state besides abolishment of PTPTN (National Higher Education Fund Corp ),” he said during his ministerial winding up at the State Legislative Assembly (DUN) today.

However, Abdul Karim said the Pakatan Harapan federal government reneged on the promises made after the winning election.

He also remarked that news alleging that several PH leaders have questionable academic credentials made the matter even worse.

“Lying on education and academic background will hit the core of integrity,” said Abdul Karim, adding that pockets of unhappiness among the people are surfacing.

“If the by-elections conducted in Peninsular Malaysia is anything to go by, it’s a good indicator that the people are getting fed up with the PH government.

“So much so that fund managers are getting funds out of Malaysia which resulted in stock prices going southward. The Bursa Malaysia index is one of the worst performing index in the region.”

On another note, Abdul Karim said the management of Radio Television Malaysia (RTM) has to be conducted in way that is ‘above board’ and not be abused to suite the political agenda of certain parties.

He said that RTM plays a role to unite the community and events in the state such as those involved culture and sports which do no have any political elements should be broadcast by RTM for the benefits of the people.