Friday, August 19
You are at:Home»News»Nation»Tint: No limit for rear side windows, windshield 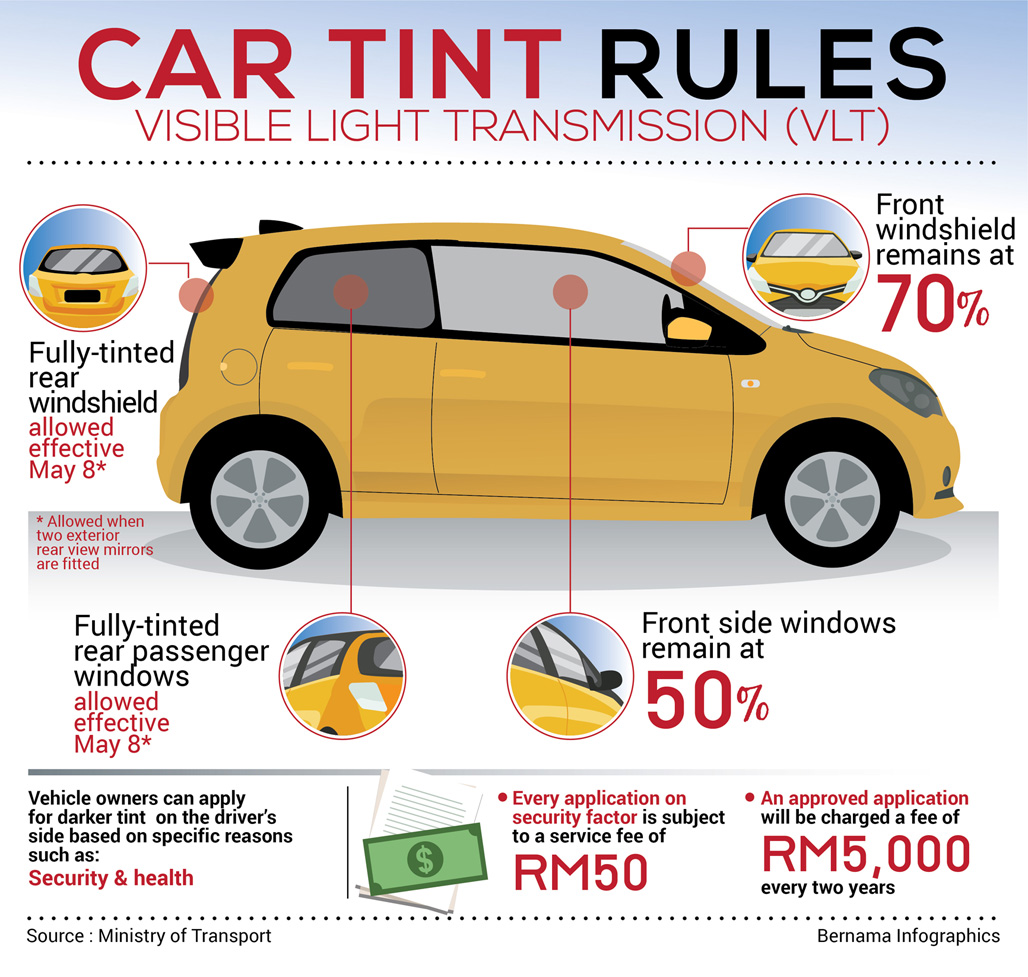 Currently the tint level is regulated at 30 per cent.

As for the front side windows and windshield, the level stays at 70 per cent and 50 per cent.

“There is no more limitation. We received so many requests to bend the rules and allow darker tints to ward off the heat and we have taken that into consideration.

“But we cannot compromise on the front side windows and windshield,” he said after a meeting with the Road Transport Department (JPJ) here yesterday.

Loke noted that too dark a tint for the driver’s side could obstruct vision and ability to control the vehicle.

“It could potentially increase the risk of accidents particularly when the light is dim, when it is raining, or driving at night,” he said.

Loke said vehicle owners could apply to use a darker tint on the driver’s side based on specific reasons such as security and health, for which they would be charged a service fee.

“For each application, the service fee is RM50.

“An approved application will be charged a fee of RM5,000 for a period of two years,” he said.

Upon expiry of the two years, the vehicle owners would have to reapply and pay the same fees.

According to Loke, the government could collect about RM6 million annually from the fees.

He said applications for fee exemption based on health factor required a written verification from a government medical specialist.

Meanwhile, he said the previous government approved 5,469 applications for dark tint between 2011 and 2018 without imposing any fee.

“I look at the profile of the people who obtained the approval, based on the factor of security, and most of them were those with means.

So I’m sure that if the fees are imposed, they could well afford it, which would be income for the government,” he said.

The minister said a special committee chaired by JPJ director-general Datuk Shaharuddin Khalid would be formed and hold monthly meetings to process the applications.

On vehicles that are already heavily tinted, he said it was an offence and the owners must make fresh applications.

Therefore all the permits need to be renewed, or else they will be summoned RM300 if the tinted glass do not pass the standard given,” he said. — Bernama