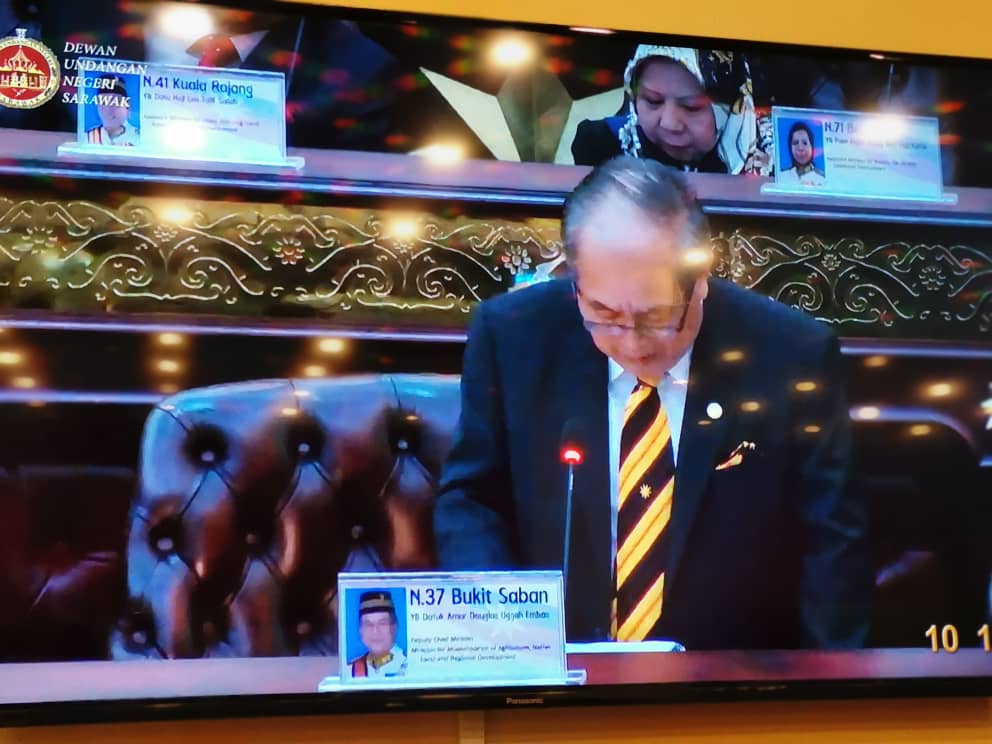 A screen grab of Uggah delivering his ministerial winding up speech at the State Legislative Assembly today.

KUCHING: Sarawak’s food import was valued at RM4.6 billion while its food exports stood at only RM1 billion, giving a food trade deficit of RM3.6 billion in 2017.

This was disclosed by Minister of Modernisation of Agriculture, Native Land and Regional Development Datuk Amar Douglas Uggah Embas, who said the biggest import items were beverages and spices worth RM1.05 billion.

“The import value of meat and dairy products was at RM606 million, fruits and vegetables at RM548 million, rice and cereals at RM540 million and processed animal feed valued at RM430 million,” he said in his winding up speech today.

The Deputy Chief Minister pointed out that most of those food items could be produced locally with the exception of temperate cereals such as wheat, oats and barley.

Given the huge land and water resource as well as favourable climate in Sarawak, Uggah said the State could quite easily produce most of those food items itself.

“Our goal of becoming a net food exporter by year 2030 is quite achievable provided we adopt the right technology and production systems and extend the necessary support to our agriculture industry,” he added.

Previous ArticleUggah: Poverty eradication efforts to continue despite success in bringing down poverty levels
Next Article Banner war between PBS and DAP continues