Saturday, September 26
You are at:Home»News»LRT back on track: Public weigh in with their thoughts 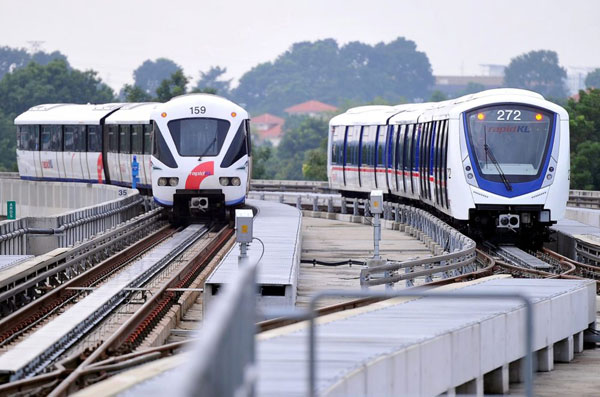 Will a LRT system be beneficial to the people here in Kuching and other neighboring districts? Only time will tell. File Photo

KUCHING: The revival of the light rail transit (LRT) project announced by Chief Minister Datuk Patinggi Abang Johari Tun Openg has been met with mixed reactions from the public.

Abang Johari had said yesterday that the state government will commence the first phase of the LRT project soon, covering Kuching and Samarahan sectors .

Arvellis Machilles, 27, said that the project was a brilliant idea to be done for the benefit of the state.

“With the revival of the LRT project announced by Abang Johari, I hope that its completion will reduce road congestion, thus improving the flow of traffic in Kuching and Samarahan in the long run,” he told The Borneo Post.

“The flyovers currently in construction at various stretches here would not do much help as the number of road users driving their vehicles keep increasing every year.”

Jimbang Laiman, 57, said the idea of having the project revived by the Chief Minister was a good move in terms of having a smooth flow of traffic on the Kuching-Samarahan expressway.

He added that the project should be done not only for the Kuching-Samarahan expressway, but also for other areas throughout the state.

“If possible, this project should be done to connect various other districts within the state such as Sematan, Sibu, Bintulu and Miri.”

Jimbang also said that the project will also benefit the state’s tourism industry.

“Upon completion of the project, it will provide tourists additional options to travel within the city, aside from the existing public transportation such as the chartered buses, vans, and rental vehicles.

“In addition, the LRT will be the pride of Sarawakians – something that we can show to the rest of the world, as this could prove that Sarawak was well developed by the state government,” he said.

However, Edwin Kalom feels differently about the project, questioning its feasibility and effectiveness in the long run.

“From what we experienced in Kuala Lumpur and Singapore, the service is efficient for avoiding traffic jams, but will it be feasible and cost-effective to run?”

“We know that the service doesn’t always stop and drop passengers exactly at the intended destination – this means that road users might still require connecting transport.

Abang Johari had also announced the state government will proceed with the construction of the LRT line upon numerous requests from the public.

It was revealed that the project’s construction will involve a cost of less than RM5 billion.